With so much turmoil in markets around the world, is Goldcorp preparing for skyrocketing gold prices?

Sentiment Similar To 2008/Early 2016
John Awde:  “This is an incredibly challenging time for the gold sector.  There are more outflows than inflows, many companies have either halted or radically reduced exploration budgets, and the majors are no longer seeing the cash flow that they were at higher gold prices.  Sentiment is similar to what we saw after the collapse in 2008 and at the end of 2015/early 2016. 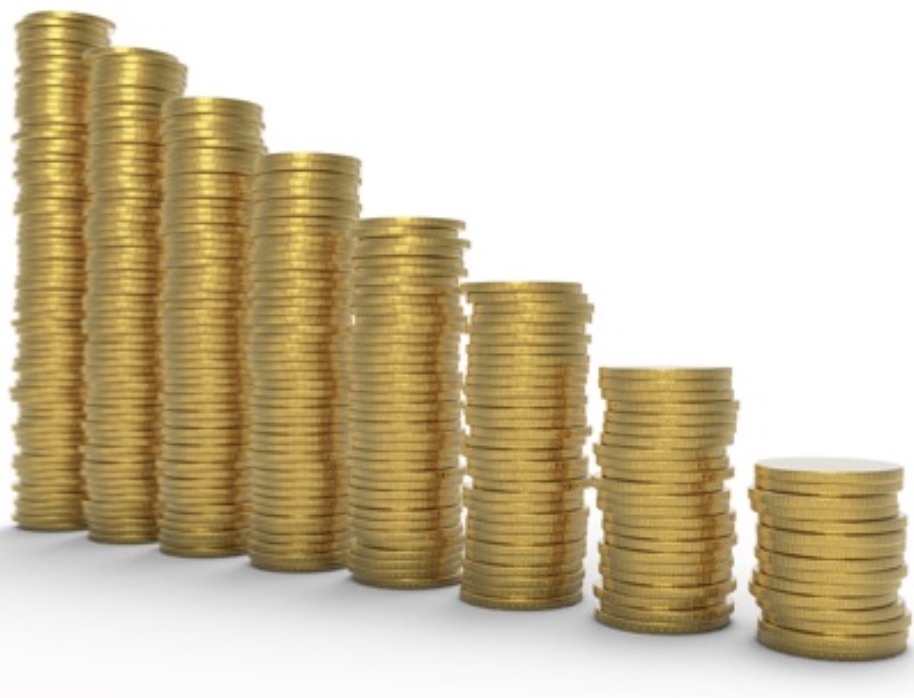 Looming Production Cliff For Gold
So I think you are seeing a gold industry that’s gotten smaller, and I think that is setting up the entire space for a pretty exciting couple of years ahead.  And there is going to be a huge premium for high-quality assets in safe jurisdictions.  That’s part of the story here is the fact that there is a lack of good projects — a pipeline — in good jurisdictions, and that’s why there’s a looming production cliff for gold in 2020 and 2021 for a lot of the senior gold producers.”

Eric King:  “As I mentioned earlier, the West continues to dishoard what little available physical gold is left in order to continue to suppress the price of gold.  When the London Gold Pool finally hit the wall and could no longer continue hemorrhaging gold out of their vaults in the early 1970s, the price of gold immediately skyrocketed from $35 to $204.  And of course gold soared 25.5-times higher and silver skyrocketed 38-times higher in price by the end of that great bull market.”

John Awde:  “The gold market right now is being driven by the paper market.  It’s not yet being driven by the physical market.  The physical market is strong and there is good demand, but with the paper market and all of these derivatives and associated contracts, there is a seemingly endless supply of paper gold.  That will come to an end and when that does, that’s when gold will have its day in the sun.

Here is the problem with having the gold price at such a low level.  One of the first things that the senior gold producers do in a bad market, in order to lower their all-in sustaining cash costs, is to stop exploring.  But because the senior producers know that a production cliff is directly in front of them, we are seeing them take significant stakes in the high-quality exploration projects.  Just to give you one example of this, we have had to majors, Oceana Gold and Goldcorp, each make significant investments in Gold Standard Ventures.

At Least A 20% Plunge In World Gold Production
But how do I see this ending?  There is only one direction for the gold price to go because of this supply/demand imbalance and that is much higher.  This looming production cliff in gold is real.  It will be at least a 20% production drop.  And with gold at $1,250, there is not a lot of cash flow being generated.  If the price of gold were to drop any further, it’s going to become an even more desperate time in terms of future production.  So the industry right now is at an inflection point.”

Eric King:  “What about the fact that Goldcorp just disclosed today that they have increased their stake to nearly 13% in Gold Standard Ventures by purchasing an additional 7.3 million shares in the open market?  What were your thoughts when you saw that?”

Goldcorp Sees Opportunity
John Awde:  “Anytime you have one of the largest gold producers in the world buying your shares in the open market it’s fantastic.  It’s a great endorsement for the company and I think they were opportunistic.  When we had the GDXJ rebalancing, our share price got hit and Goldcorp thought there was a great opportunity and decided to own more shares.

You have to understand, Eric, that over the last 8 years, Gold Standard has acquired and consolidated what is now over 20% of the legendary Carlin Trend.   The Carlin Trend in this part of Nevada is one of the largest gold endowments on the planet.  It’s a massive concentration of gold.  And Gold Standard, being a contrarian over the past 8 years, has put this massive land package together.  That’s why we attracted the sponsorship of Oceana Gold and Goldcorp and billionaire investor Albert Friedberg.

As you know, Eric, there’s a very big difference between making a discovery and making a discovery that becomes a mine.  We have an exploration team led by Mac Jackson and other top notch geologists.  These are people that have discovered multiple deposits in Nevada which are now producing mines.  We are sitting on a strong balance sheet of roughly $35 million.  We have a number of new targets that we are drilling that we think are ripe for discovery.  So, again, when we saw Goldcorp just announce they bought an additional 7.3 million shares in the open market, we thought that was a great endorsement.

Liftoff For The Entire Gold Sector
And, Eric, when you look at the size of the gold industry compared to other industries, when this gold market does turn, and when money starts flowing back into the gold space, it won’t take a lot to give liftoff to the entire sector.  And I think the quality names in safe jurisdictions with solid management teams and strong balance sheets, those are the companies that are going to rise most dramatically.

A 400% Rise In A Couple Of Months
When we got into our discovery at Dark Star, the stock went up almost 400% in a couple of months.  These are the kinds of explosive moves that can happen off discovery.  And I think the endorsement today from Goldcorp is really going to make people look at our story and say this might be a good time to enter.  This is why it is so important for investors to choose their investments in the sector wisely so they will be participating in the next massive leg higher in the gold market.” Gold Standard Ventures, symbol GSV in the US and Canada.  To learn more about this exciting company simply CLICK HERE.

KWN has released the tremendous audio interview with Bill Fleckenstein and you can listen to it by CLICKING HERE OR ON THE IMAGE BELOW.

ALSO JUST RELEASED: Is The Correction In The Metals Over? CLICK HERE TO READ.