As the world hurtles toward the next financial crisis, China is about to trigger a global market earthquake.

July 19 (King World News) – Here is a portion of what Peter Boockvar wrote today as the world awaits the next round of monetary madness:  The stronger dollar is the story this morning, particularly against the yuan which continues to weaken. The onshore yuan is having its worst day vs the US dollar since August 12th 2015. Remember then? If you’re new to this and don’t, it was a day after the PBOC devalued the yuan which resulted in a temporary market earthquake…

Peter Boockvar continues:  Both the A share Shanghai comp and the H share index in Hong Kong sold off about .50%. The H share index closed at a fresh one year low. Copper is sharply lower by almost 3% to a one year low. The dollar is also creeping higher again against most other currencies and according to Factset is the #1 factor companies are citing as having a negative impact on earnings. 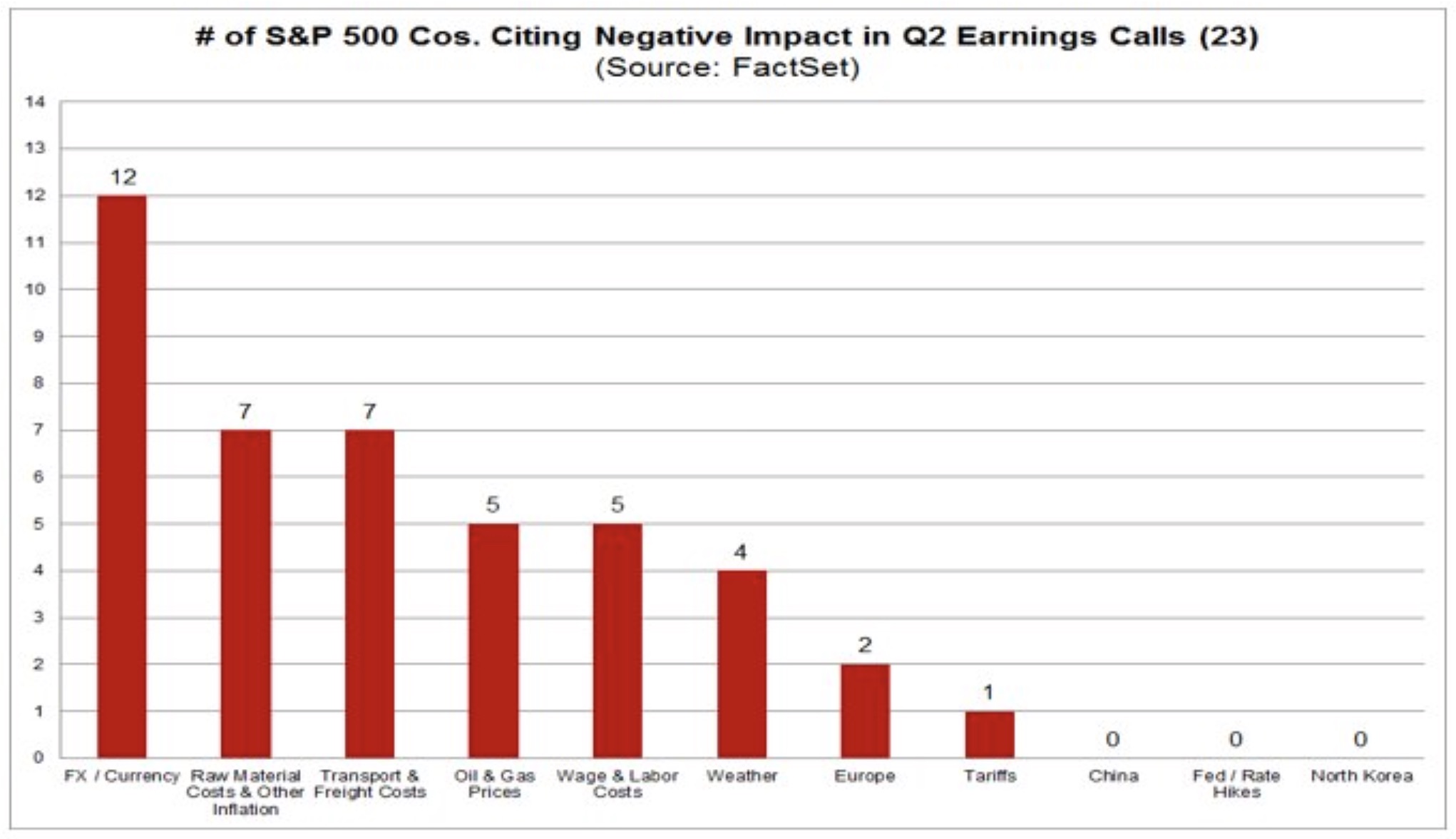 Of course other things are offsetting this and Q2 season, while early, has been great so far. I got this chart from Factset off Twitter. Tariffs yet are having little impact. I emphasize ‘yet.’

Yuan Suffers Largest One Day Decline vs US Dollar In Nearly 3 Years!

In light of this weakness, especially today, a spokeswoman for China’s State Administration of FX is out saying that they would lift “macro prudential management…micro level market supervision…and use counter cyclical” measures to deal with the volatility coming its way with this yuan weakness. I don’t know what any of these measures mean though in terms of what they’ll do but they seem to be preparing.

***KWN has released the powerful audio interview with James Turk and you can listen to it immediately by CLICKING HERE OR ON THE IMAGE BELOW.