Today London metals trader Andrew Maguire told King World News that we are now seeing stunning behind the scenes action in gold and silver!  Maguire also discussed what is happening in the physical gold market as well as what the bullion banks are up to.

Andrew Maguire:  "Cutting through the deliberately bearishly painted high-frequency trading chart chatter, what we actually have is a gold and silver market that is structurally, technically and fundamentally extremely oversold and set up for a very large move higher….

"There is lots of evidence pointing to this condition, everything from the large, permanently embedded backwardations that we have been evidencing to the more granular evidence. 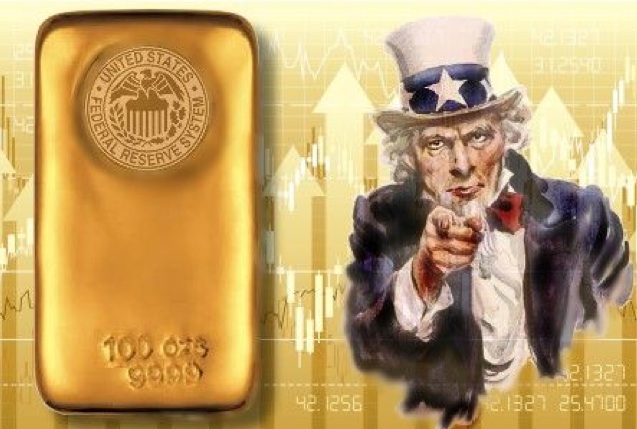 When we look at backwardations we need to look at the cash price for gold against the closest-month futures contract.  This provides a far better read than looking out over the futures curve as these are all synthetic positions in a non-delivery market that are easily manipulated.

What we are saying is the cash or spot price for gold is what I can sell my bullion for and the closest June futures contract is what I can simultaneously buy it back for at a cheaper price.  The fact that we have seen un-arbitraged permanent backwardations in gold tells us there is very little willingness to sell real bullion and take on what looks at face value like a "risk-free" trade, especially as one would only have to wait 30 days to get your bullion delivered back to you at a discount.

"Risk-Free" Profit That Nobody Wants

It is because insiders are well-connected enough to the physical market to know that the recent price drop is a synthetic sham and that the real physical markets are extremely tight.  The bottom line is they don’t want to risk not receiving their bullion back in 30 days.  I cannot see Gilson’s BIS trading desk being authorized to lend out tonnes of central bank physical gold that would quite obviously not be returned/repaid at a lower price.

We can also look at the co-basis to see further evidence of this tightness in physical supply.  This is a dead giveaway that sovereigns and competing central banks are on the bid in the physical markets and the commercials are positioning on the long side of the hot money, who are so blinkered upon the technicals that they are easily led by the nose to do exactly what the controlling and collusive banks want them to do — namely, knee-jerk their buys and sells at the all-too-visible 50-day moving average.

Last week’s synthetic market action was all about keeping gold and silver capped at their respective options sweet-spots, which were $1,200 for gold and $16.25 for silver.  This week we saw more counterintuitive moves against what was, in realty, a buoyant wholesale physical market.  Once again by targeting the 50-day moving average, the commercials were able to force the hot money hedge funds to cover shorts and go long on Monday.

Then, after three days of accruing longs above the 50-day moving average, the commercials breached this knee-jerk trigger point, forcing this hot money to dump longs and go short on Thursday.  This action was perfectly timed for the afternoon session when China, Hong Kong, Singapore and South Africa closed ahead of today’s bank holiday.  There were reports of large over-the-counter options positions, which acted as a barrier to price, and by no coincidence this activity was timed to force month-end fund position squaring.

Short-term volatility aside, gold and silver have accrued sufficient negative chart-painted sentiment to have wrong-footed and sidelined sufficient amounts of money to stage a very large rally.  The repeated gaming of the very low altitude down-sloping 50-day moving average has created these large backwardations to cash gold and silver.  This condition has not yet been noticed by US-centric traders.  Once Non-Farm Payrolls is out of the way next week, the same actors who are extremely well-positioned in silver will lead up a large structural and fundamentally driven move higher in gold.

Having ignored a rash of poor economic reports and very serious geopolitical inputs, while focused on gaming a synthetic moving average for derivative reasons, this has distorted fundamentals to extremes.  The Pavlovian "sell gold" response every time we hear of a possible tiny rise in interest rates is a joke.  In the current high-risk conditions, even if we get a one-off tiny interest rate rise, it is hardy sufficient to create a new short gold, long dollar carry trade.  In my opinion it would actually be a "sell the news gold rally event," just like the 400-tonne IMF sale was when it finally materialized.

West Running Out Of Physical Gold

There is no longer enough immediately deliverable physical gold in Western central banks' hands to flywheel a large selloff, as any further push below $1,200 will be pounced upon by competing sovereigns and central banks as well as Indian and Chinese buyers, who will accumulate in massive size.  Hot-money synthetic open interest is already heavily short, so there is insufficient fuel to be drawn from there.

Also, after the 2013 "gift" that backfired on the Western central banks after the synthetic market raid, the physical markets have already migrated and are fully anchored now in Asia.  This leaves only one very bad option, which would be to naked-short-sell synthetic gold, but with extreme physical tightness it would create a major divergence between the paper markets and the real physical markets.

It would also make a mockery of the Western price-setting markets, as physical premiums would soar and natural arbitragers would pounce on the opportunity in the wholesale markets.  This would force delivery in London, which would, in turn, force a cash settlement and reset.  It would be impossible to have a major divergence between the paper markets in London and New York versus the real physical price.

This is why the upcoming competing Allocated Bullion Exchange will accelerate the process of a reset.  Divergences will increasingly be directly arbitraged through our existing Bullion Capital Exchange and this will very soon feed into the soon-to-be launched Allocated Bullion Exchange, which will add additional liquidity and market depth to the wholesale physical markets.

As we were able to announce last week, the largest Asian liquidity providers are already on board with this new physical exchange.  Direct access and interconnection to all the Asian and global hubs is a major threat to the agent bullion banks and the Bank for International Settlements.  This ease of direct access to the wholesale physical markets, 23 hours a day, was simply not there in 2013.

The Key Question For Investors

Eric, the key question is:  Are investors ready for the coming price reset?  Do they have physical gold?  If not, they must move very quickly because it is not possible for physical gold and silver to be held below true demand levels for much longer." ***To sign-up for Andrew Maguire's incredible gold and silver trading service CLICK HERE or email King World News for more information.

***ALSO JUST RELEASED: 4 Of The Most Astonishing Charts Of 2015 And The Move To A "New World Order" CLICK HERE.

This Is The Invisible Crash That Is Unparalleled In History