On the heels of a wild week of trading, Alasdair Macleod discussed the current state of the gold market and the Coronavirus market panic.

Coronavirus Market Shock
March 1 (King World News) – Alasdair Macleod:  “This was the week that markets finally took notice of the coronavirus. Bonds soared and equities crashed in a flight to perceived safety. Base metals began to slide as the reality of global factory closures took hold. Oil prices slumped.

After an initial spike on Monday to $1689, gold fell a net $15 to $1627 on the week in early European trade… Silver, presumably reflecting the weakness of base metals fell… 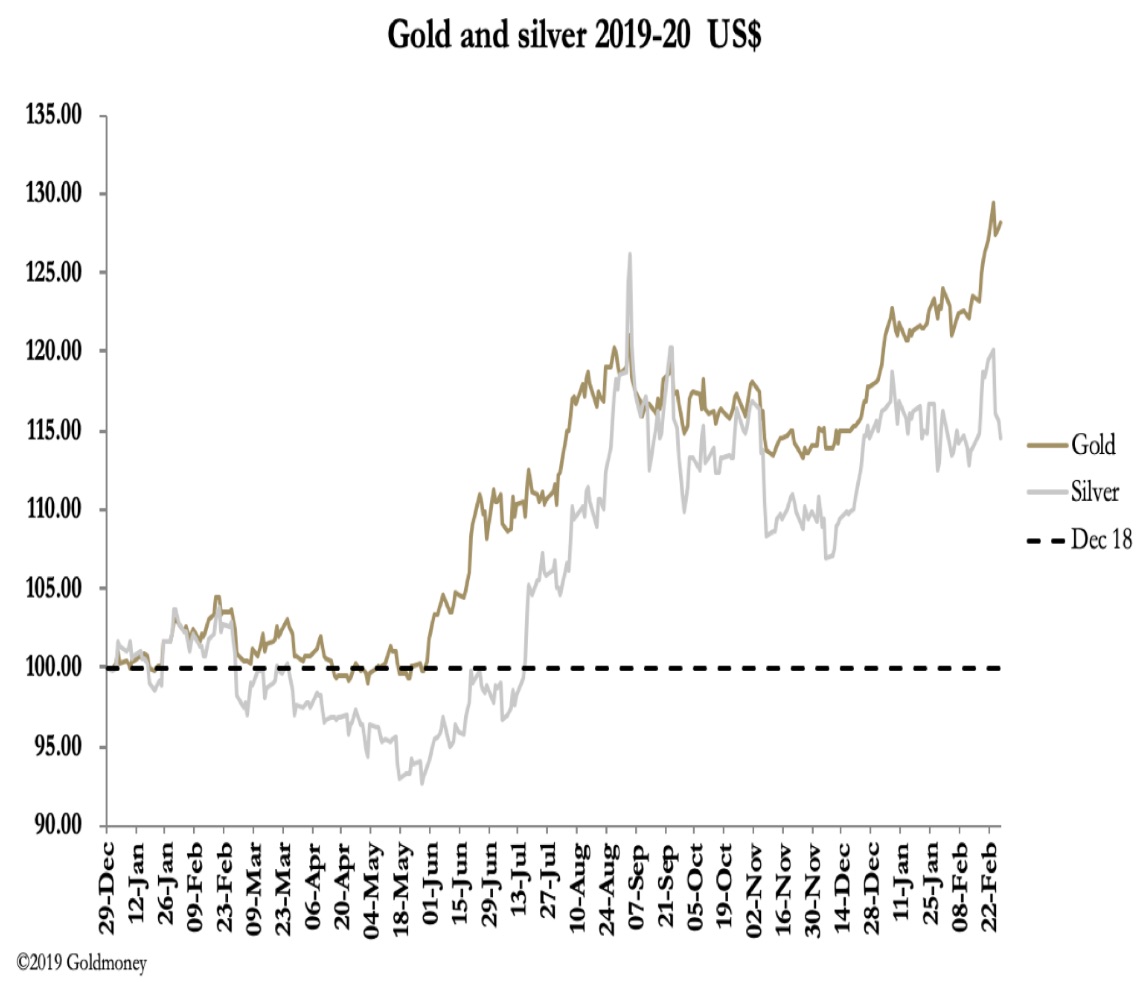 These are gut reactions rather than the product of rational thought. In the case of silver, Comex’s open interest hit a new high this week, so the bullion banks will have been keen to trigger stop losses, with the March contract expiring this week. Tying it in with base metals in the last few days was a stroke of luck for them.

In heavy volume the Comex gold contract saw open interest remain steady as shown in our second chart below. 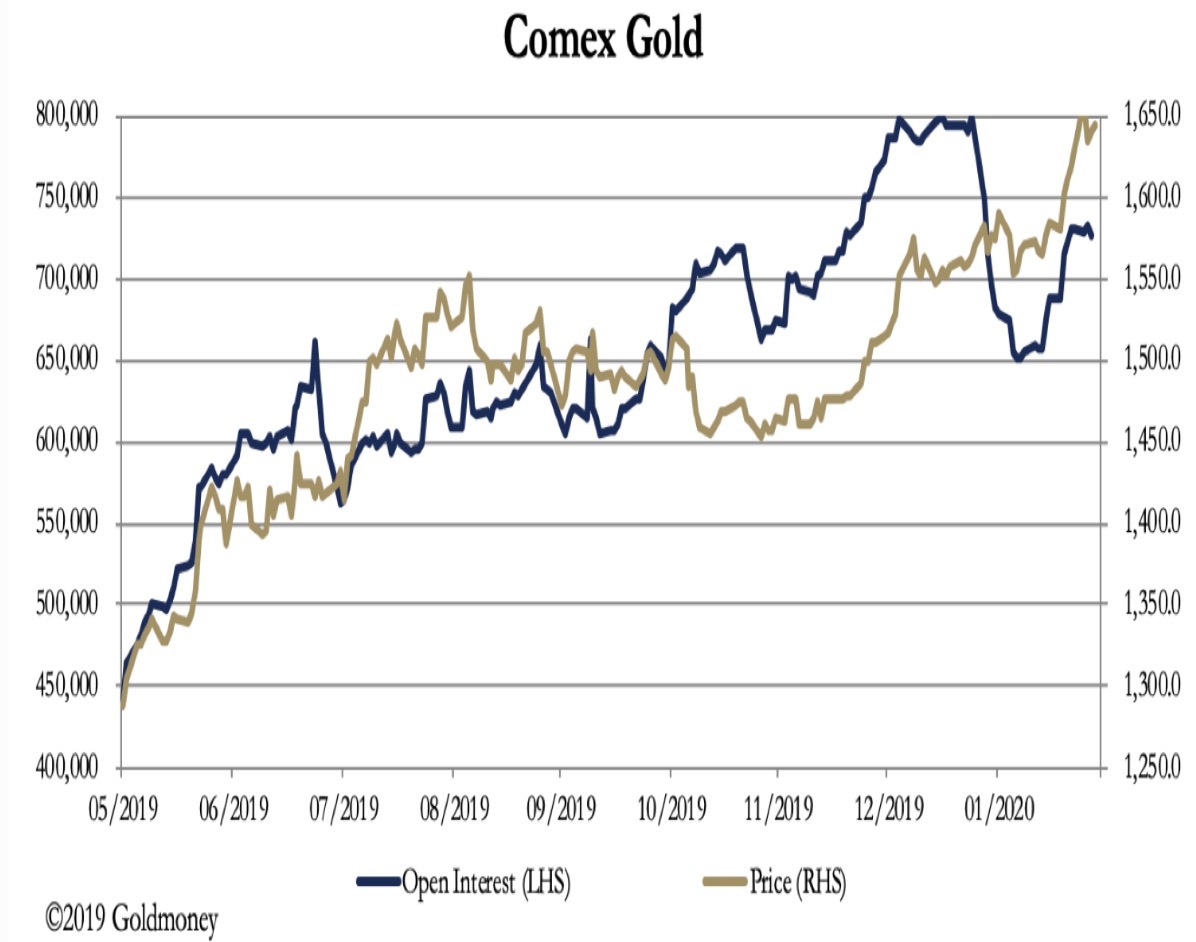 While traders might conclude that gold is overbought and likely to consolidate, perhaps … towards $1600, it should be noted that in physical markets ETF bullion holdings are hitting new records. Whether such basics are enough to overturn the establishment’s interest, which is for lower, controlled gold prices remains to be seen. Against the overbought argument, the technical chart continues to look very bullish, which is next up. 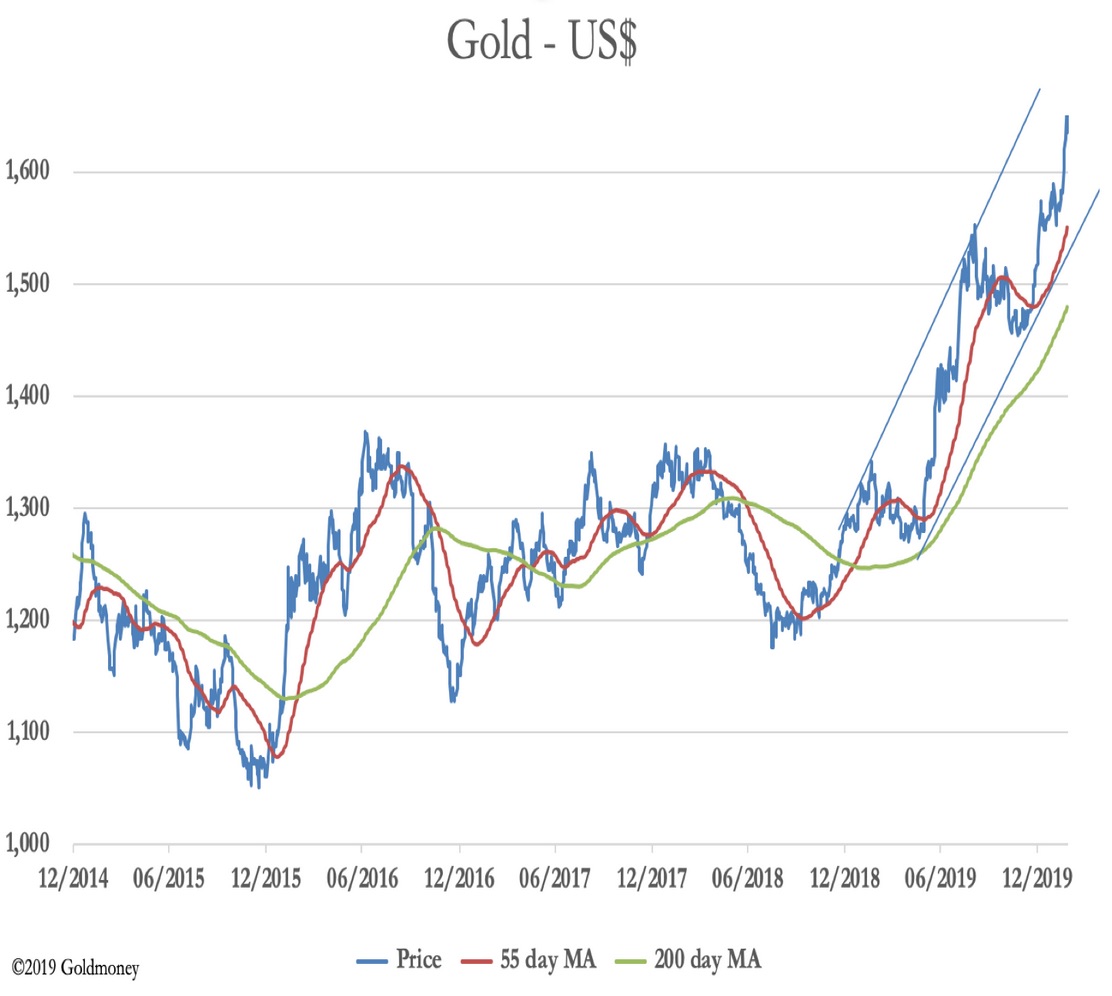 For the moment, gold appears unstoppable, with moving averages rising powerfully and in sequence.

Furthermore, the fundamental outlook for gold is positive as well, because as the coronavirus spreads, which it is now doing at an accelerating rate, it will be clear that the economic effects will call for more bond issuance on a global scale. Most of this will have to be financed by monetary expansion, a fact being ignored by those driving bond yields to new lows. And with government finances destabilised, it is likely gold will become the safe haven investment, instead of fiat-money denominated bonds. You no longer have to be a passionate gold bug to see the potential destruction of fiat currencies by an explosion of government debt.

For now, portfolio allocations are pitiful in a world which is wholly dependent on inflationary financing and on inflation to bolster valuations of financial assets. Since gold and silver are not regulated investments, physical metal has been on very few portfolio managers’ radar, so much so that they have also downplayed related investments.

The misdirection of risk-free investment into government bonds ignores gold which is no one’s liability and is the consequence of 48 years of wholly unbacked fiat money. Clearly, we face a readjustment in investment concepts, and if markets are on the verge of rejecting inflationism the effect on gold and silver should be dramatic.

Investors have missed an enormous opportunity so far, as our next chart shows, which is of gold rebased in the major currencies to the start of the bull market in December 2015. 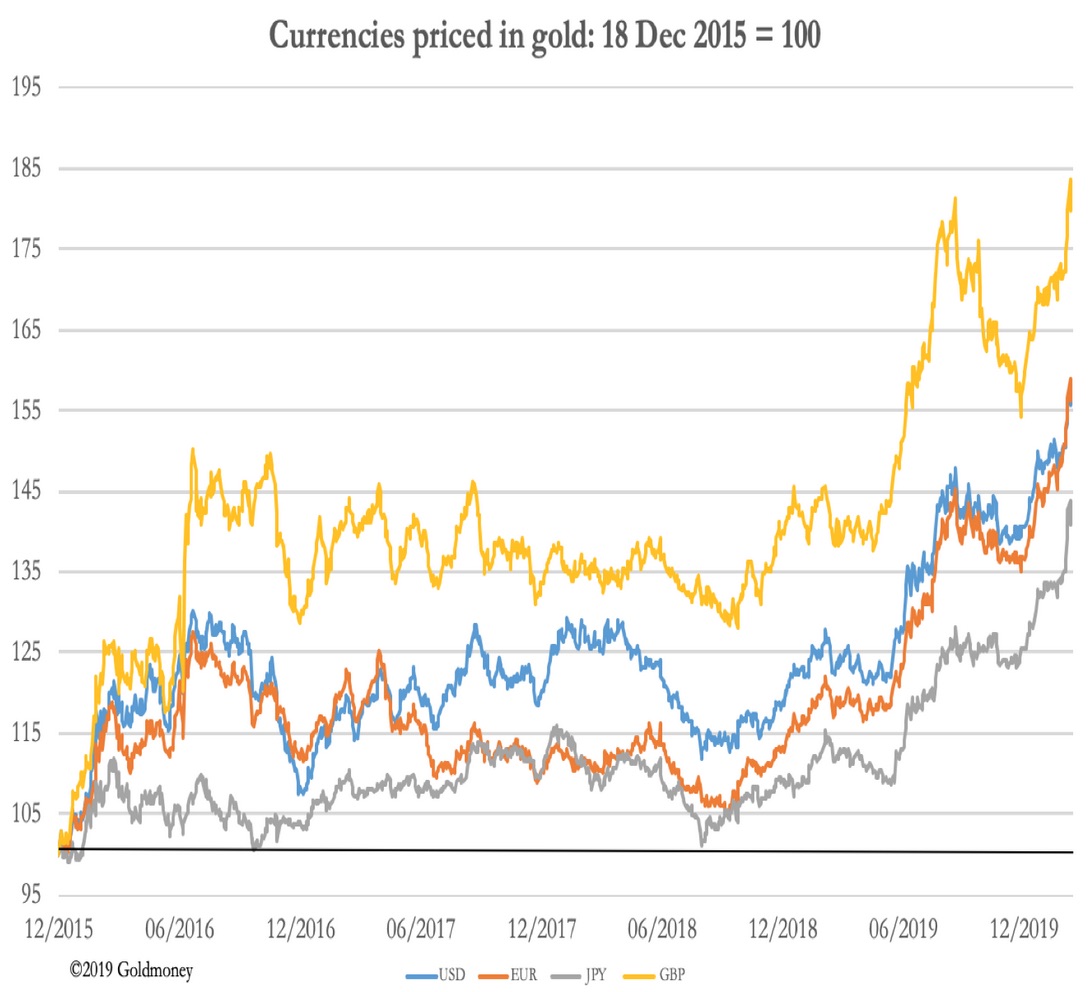 Not bad for a pet rock.

One Of The Most Important Interviews Of 2020
ALSO RELEASED:  Michael Oliver – This Stock Market Crash Will Be A Nuclear Event But Gold Will Surprise CLICK HERE TO READ.