With almost everything on the board trading green today, James Turk says silver is attempting to breakout, plus a look at what is happening around the world.

Silver
May 7 (King World News) – James Turk:  “Jul’20 silver (futures contract) close to breakout. Apr 30 attempt failed but $15 support held and may be strong enough for another attempt to turn trend up. Close above yesterday’s $15.39 high should do it. Drop in Open Interest & volume means shorts covering in tight market before US Jobs Report and UK holiday (where the physical market is closed). 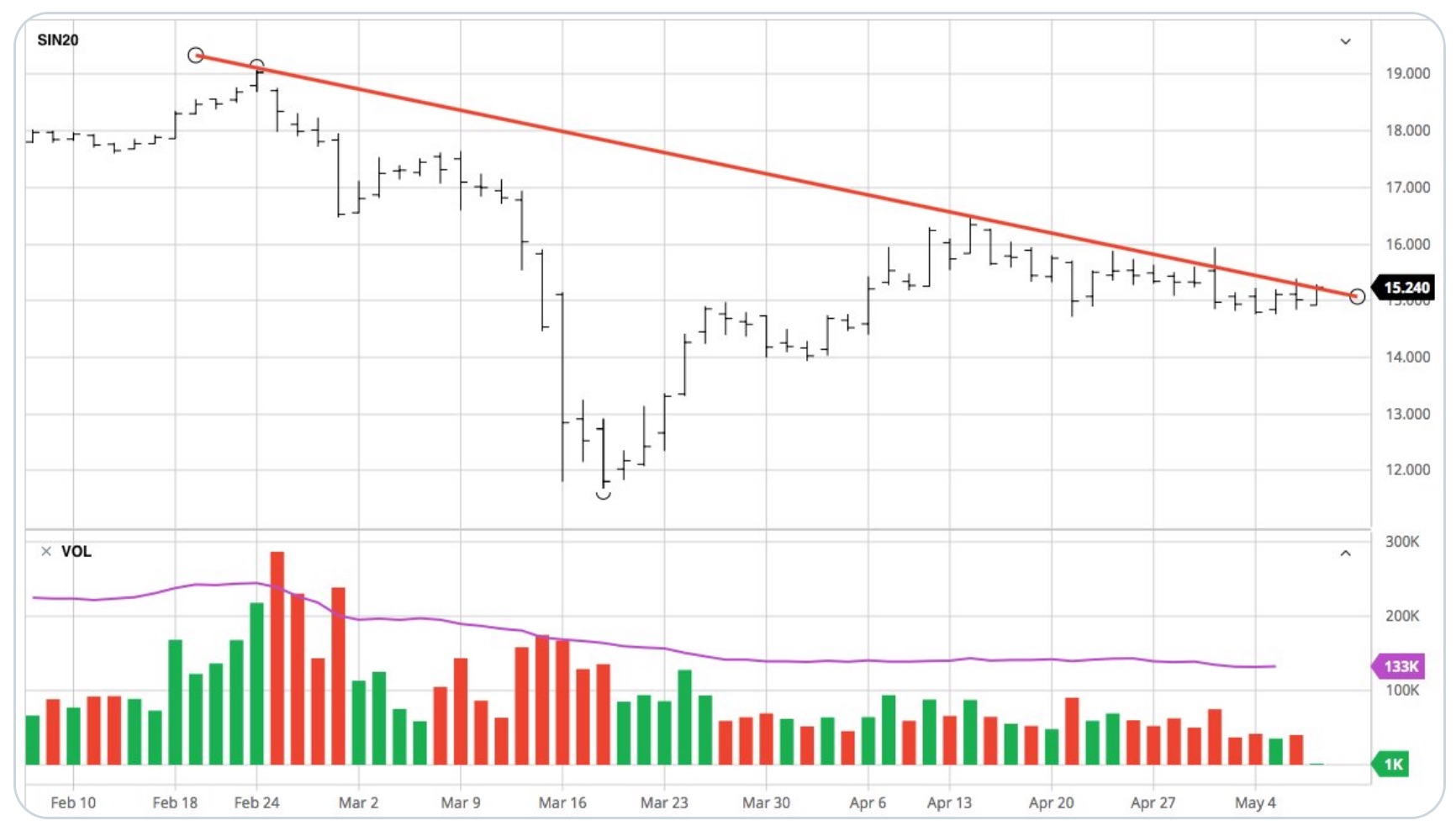 Norway Joins The Party
Peter Boockvar:  Norway joined the zero rate party taking their short term rate to that level from .25%. The move was unexpected as really what’s the difference between zero and .25%. Andrew Bailey, the Governor of the BoE, said next month that “we could do more QE…But we’re keeping all options open.” As we have a major solvency challenge, not a liquidity one I’m not sure how any of this will matter. That said, this might just be blatant and intended debt monetization to finance all the fiscal stimulus. The pound and gilt yields are both higher notwithstanding Bailey’s comment.

Reopening Countries And Crude Oil
The front month oil contract is rallying to a 3 week high as Aramco said they are raising prices for all their grades of oil in June. Brent crude is back above $30. Also combine this with the modest pick up in demand as more things reopen. I still think oil prices are carving out a bottom. Speaking of more things reopening, France and the UK on Monday will start to reopen some businesses. The Netherlands is opening hair salons, nail salons and beauty parlors on Monday. Also there, restaurants, bars and movie theaters will open on June 1st. Italy is planning for the same on June 1st.

Initial claims totaled 3.17mm, 170k more than expected but down from 3.84mm last week. As awful as these figures are, it is the least amount of claims since mid March as we’ve likely cycled thru the worst of the forced shutdown. We can now start analyzing the pace of reopenings, the level of business and what that new reality will look like. Continuing claims, delayed by a week in its calculation, totaled 22.65mm, above the estimate of 19.8mm. With the generous level of unemployment benefits relative to the pay some workers were receiving prior to their firing, I don’t expect continuing claims to fall in earnest until July when those added benefits expire.

GAME-CHANGER: Western Governments Are Now Conspiring To Create Permanent Inflation. Here Is What Everyone Must Know

Worldwide Chaos Continues As China Meltdown Resumes And PPT Intervenes, Plus One Of The Greatest Opportunities In History