Today King World News is pleased to share a fantastic piece which reveals absolutely shocking developments in crude oil and the CRB Index as well as what this means for the gold and silver markets.  This piece also includes 4 remarkable illustrations that all KWN readers around the world must see.

February 5 (King World News) – “Crude oil volatility has picked up, with three moves of more than 7% over the past four days.  That is the type of activity that we've been looking for following a crash, but in 1986 and 2008, these extreme moves persisted before a low-risk rally took hold (see charts below).

About the most dangerous activity across markets right now is trying to pick a bottom in crude oil. That has been the case for a couple of months, and continues to be so.

… YES, it is exactly the kind of activity we see when crude has formed post-crash bottoms, but NO we have not seen enough of it.

… A 7% daily move (up or down) in crude is a 3 standard deviation event. The chart above shows how many of these 7% moves crude made over a 30-day period.

As noted on the chart, the only two occurrences were in 1986 and 2008, during the post-crash bottoming process. Several of the measures we've discussed for crude suggest that the commodity is within the window of when it should start bottoming, so this week's activity is a great start. It's just likely to last into the spring before an investable bottom is in place.

King World News note:  The following 7-year chart shows the extreme negative sentiment readings that are still in place in the crude oil market (see below). 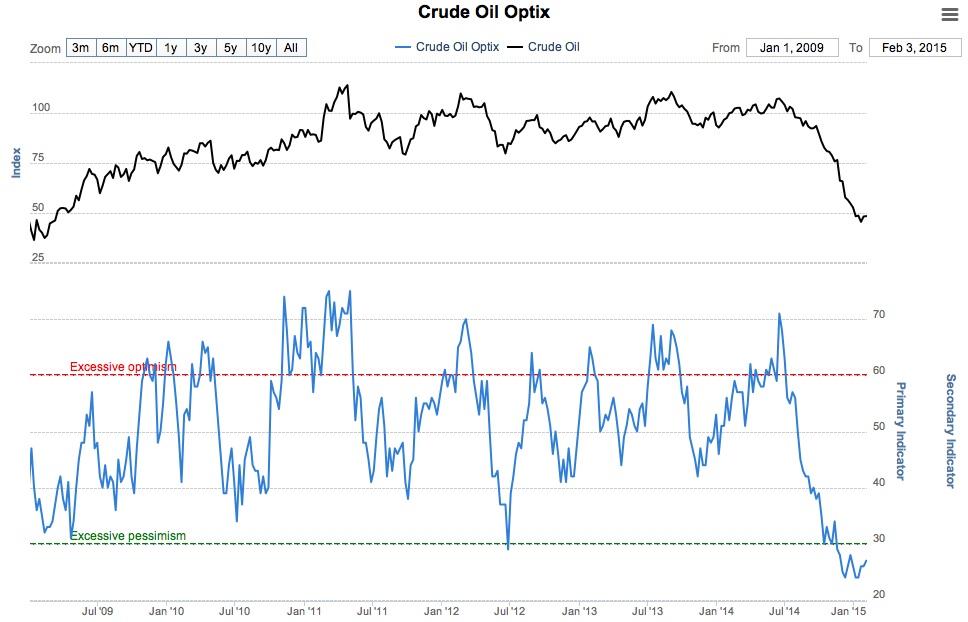 King World News note:  Also of interest is the following 7-year chart which shows the most pessimestic sentiment readings on the CRB Index for the past 7 years.  With such extreme negative sentiment in place, it might be time for a significant rally in the CRB (see chart below). 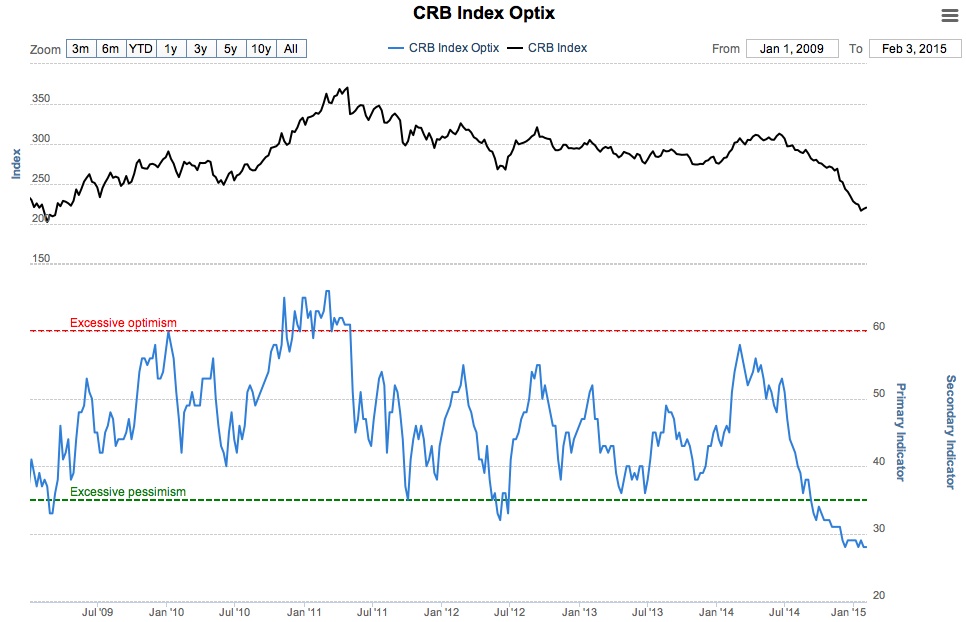 KWN note continues: A rally in crude oil and the CRB Index would also provide significant upside momentum for the gold and silver markets.

The information above is just a small portion of the latest fantastic report. To try a free 14-day trial of the internationally acclaimed work that Jason Goepfert produces at SentimenTrader simply CLICK HERE.

Quick Note About The Bullish Setup In The Gold Market