May 25 (King World News) – In Michael Pento’s fantastic KWN article, he stated that we are in the “Final Phase Of Every Market Bubble.”  Nowhere is that more true than in Silicon Valley….

Silicon Valley used to refer to the technology parks from Palo Alto south to San Jose. In the last decade, that geographical area now covers all the way from San Jose to the Golden Gate Bridge. Whether it is biotech, traditional tech or the more recent social media phenomena, the area roils with innovation, smart people and capital. Lots of capital.

In the mid-1970s, it was estimated that the entire pool of venture capital was around $15 million. Half of that was housed at an iconic address, 3000 Sand Hill Road. The office complex consists of only four buildings, but many of the household names in technology were created by experienced investment pioneers channeling the amazing applied science coming out of Stanford and the University of California at Berkeley.

These early venture firms set out to build long-lasting enterprises. The money to be made was substantial, but the reward was often realized by a larger firm buying the private company, not from the public markets. In the late ‘70s and early ‘80s, the success of such firms as Hambrecht & Quist in both the research and investment banking attracted Wall Street.

Gradually, and then rapidly, the exit strategy for the venture capitalists changed from acquisition to Initial Public Offering (IPO). The exit strategy might have changed, but the criteria for an exit was still anchored in the basics such as 3 years of profitability, positive cash flow, market tested ideas, experienced management teams, etc.

Netscape Changed Everything, But Then It Ended In Tears

The Netscape IPO changed all of that. All you needed was a grand idea with a big potential market, and anything could go public. Instead of seeing a prospectus a week, it went to a stack of them every day. Money flowed into Silicon Valley by the truckload. Stock options and getting an allocation to a deal became the currency of the realm. And then it all ended it tears in 2000.

Another feature of the business model for the venture capitalists (VC) was a management fee based upon the capital raised for their pooled funds. It began as 2%. That was reasonable given the size of the VC pool in those early days. Thirty years later, it still remained at 2%, despite the fact that the venture pool is dramatically larger.

It's All About The Management Fees

Amounts being raised are now in the billions of dollars for each individual fund. Given that the life of a fund typically lasts 10 years, a $1 billion fund pays the general partners $20 million per year, plus a percentage of the profits, often in the 20% range. For the management fees alone, that is $200 million being received over the life of each billion dollar fund for the general partners no matter how well it works out for the investors.

As you can see, the real game for the VCs is getting rich on the management fees. One of the impacts of that change was that the size of the investment rounds rose dramatically. If you are good enough to raise $1 billion, your next objective is to get it placed as quickly as possible so you can raise another fund, getting another ten-year cash flow of $200 million each time. Entrepreneurs were pressured to take amounts greatly in excess of what was needed at each stage because of this.

The management fee ended when portfolio companies went public. The stock was distributed to the limited partners. The most recent change, and one of two reasons for the current mania, is that going public is being delayed by years. 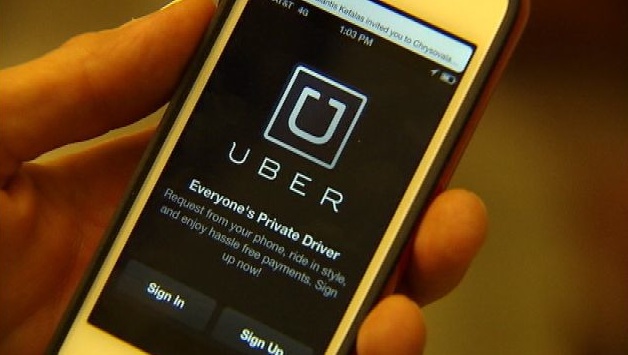 At the same time, the private valuations of these companies are going stratospheric. Uber has been the poster child for the phenomenon, but there are many others in the multi-billion dollar valuation club such as Snapchat, Pinterest etc. On top of the explosion in valuations, the capital raising rounds are equally disturbing.

Uber is reported to be raising another $1 billion in debt on top of huge amounts of capital raised earlier. Individual rounds of $400-500 million for a single company are happening. That used to be the hoped for market capitalization for a company, not a single tranche of capital. It is a mystery what one might do with that much of an infusion from the company’s standpoint, but you can bet that the investment bankers are having huge paydays.

It really is an astonishing scheme. The VCs are applying ridiculous valuations to their private companies, increasing their management fees on a vast scale at the same time. The food chain from the investment bankers to the real estate agents selling homes to these millionaires and billionaires are making out like bandits.

In the early days, almost all venture investors were institutions. However, the amounts were relatively small. Today, the immense amounts of money being raised is coming from institutions once again. The reason for that, and the second cause of the mania, is desperation for returns in a ZIRP world given to us by the Fed. That institutional money represents retirement money or insurance funds needed for policy holders later in life. It is gambling on a grand, grotesque scale by fiduciaries.

Michael Pento is right — the end of every market bubble is close at hand. Silicon Valley will be the poster child for that end. The tears of 2000 are destined to repeat, but on a scale that would make Noah want to begin work on an ark. ***Gerald Celente's extraordinary audio interview has now been released and you can listen to it by CLICKING HERE OR ON THE IMAGE BELOW.  Celente discusses the newly released Spring Trends Journal, the new trends for the rest of 2015 and much more.

***ALSO RELEASED: We Have Officially Entered The Final Phase Of Every Market Bubble CLICK HERE.