In the global financial collapse of 2007 – 2009, less than 17 percent of U.S. children were on food stamps.  Today that number has risen to 22 percent (see chart below for more details). 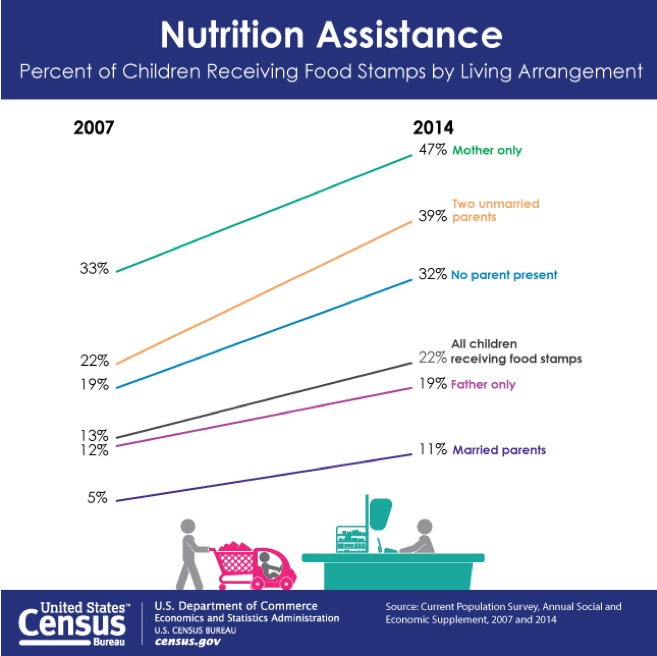 Making matters worse, the number of U.S. households receiving food stamp benefits has exceeded 46,000,000 for 38 straight months.  Another fact:  The percentage of U.S. households with married couples has plunged from 76% in 1940, to less than half (48%) today.  Also, the number of children living with one parent has tripled since 1960.  All of this creates great worry about future generations and exposes the tragic collapse of a once great country.

Bullion Banks And Commercials Making Moves In Gold & The US Dollar