Today King World News is pleased to share a fantastic piece which give readers a stunning look at the all-time record margin debt investors now hold.  This piece also includes two key illustrations that all KWN readers around the world must see.

SentimenTrader:  The debt that investors have pledged with stocks as collateral has reached another record, and their available cash a record low.  But the growth in that debt has not kept pace with the growth in stocks, suggesting we're not seeing speculative fervor. 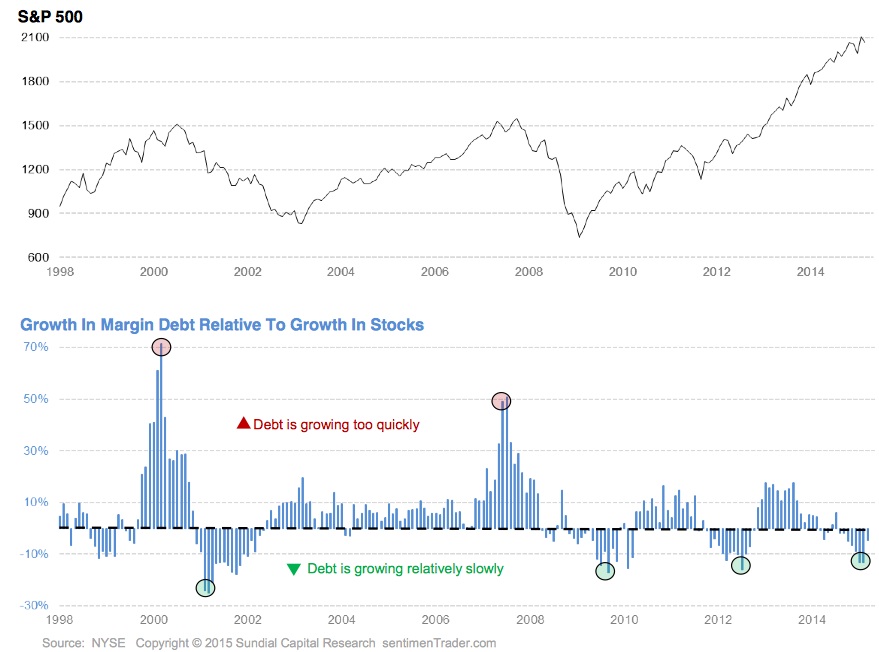 For the past few years, when looking at margin debt, we've been discussing the likelihood that we were entering a different environment than we saw in 2000 and 2007.

The headline numbers look frightening, on a par with those massive market peaks, but when adjusting the data for market cap and looking further back in history, it got difficult to justify including margin debt as a negative for stocks.

With the latest release from the NYSE, the headline numbers got even scarier. Cash available to investors (debt minus credits) dropped to an all-time low. 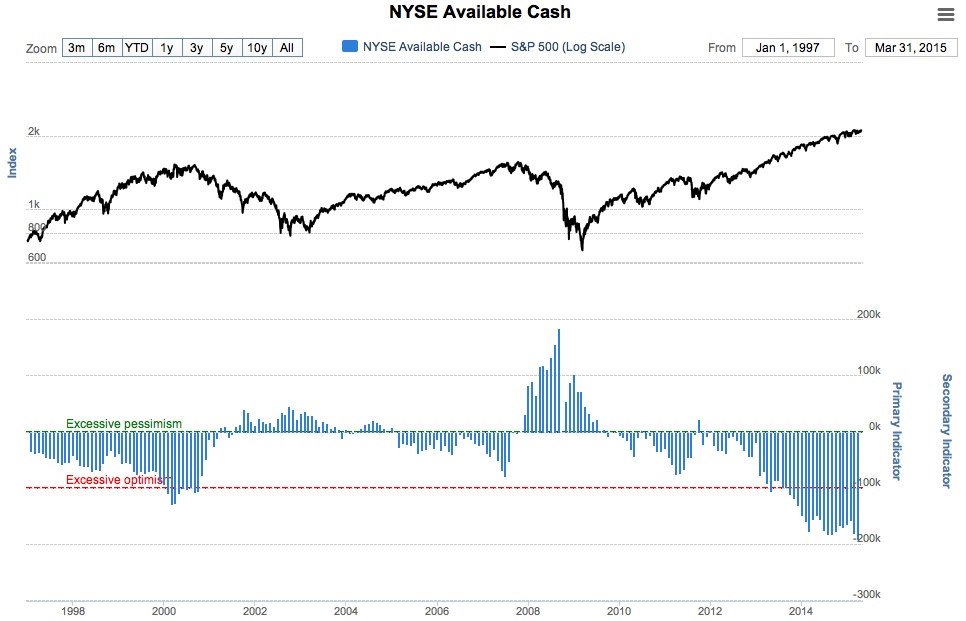 That doesn't necessarily give us a good handle on the speculative juices powering investors' buying, because stocks have been going up as well. If margin debt was growing much faster than stocks, then we'd have more of a reason to worry that enthusiasm was getting out of hand.

At the other end of the spectrum, if margin debt growth was less than S&P growth by -20%, then two years later the S&P averaged a return of +13%, and +22% three years later.

We wouldn't consider the current figures to be positive for stocks, but are less inclined to consider it a negative than the headlines would suggest. This is just a portion of the latest fantastic report. To try a free 14-day trial of the internationally acclaimed work that Jason Goepfert produces at SentimenTrader simply CLICK HERE.

Michael Pento's remarkable audio interview has now been released.  Pento discusses the coming financial implosion, gold, as well as what suprises to expect for the rest of 2015 and you can listen to it by CLICKING HERE OR ON THE IMAGE BELOW.

***ALSO RELEASED: The Ugly Truth About What Is Really Happening Around The World CLICK HERE.

Here Is What’s At Stake Post-FOMC In Gold, Silver And The US Dollar