With continued uncertainty in global markets, look at where traders are making one of the biggest bets in nearly 2 1/2 years.

VIX Traders Take The Opposite Side Of The Media
From Jason Goepfert at SentimenTrader:  “As news wires get stuffed with articles about why a low VIX is not a negative for markets. actual traders in volatility products are betting on a rise in movement to the largest degree since May 2015. Looking at the trading in VIX futures and options, the VIX Sentiment model has moved to one of its most extreme readings of the bull market…

SentimenTrader continues:  “Once again, the VIX “fear gauge” has dropped to a low point and the wires are filled with another batch of articles about how it doesn’t matter anymore. No need to worry – the VIX is broken and low volatility readings aren’t bad, anyway.

There is some truth to all of them. That’s not the point. The point is that editors are choosing now to publish articles like this. Like almost everyone else, they chase trends in order to generate the most views and engagement with their audience. And right now, a permanently low VIX is a hot trend.

Meanwhile, volatility traders are placing the opposite bet. The VIX Sentiment model that we show on the site looks at the skew in VIX options, the ratio of outstanding puts to calls, the term structure of VIX futures and the volatility of the VIX itself to gauge how traders are positioned. For the most part, they are “smart money” traders. When VIX Sentiment is low, it means that they are betting on an increase in volatility in the coming weeks, and that’s what we usually see along with a decline in stocks.

For the VIX, it led to mostly positive results, with strong and consistent average returns and heavily skewed risk/reward ratio. That’s not a big surprise since the VIX rarely drops much below 10 and it can spike easily.

We haven’t discussed the VIX much lately because it seems broken to some degree. It stopped behaving in line with historical precedent earlier this spring, and perhaps this is a new environment where it simply won’t work like it used to. It’s still a little early to declare its death, though, so with the extreme in VIX Sentiment, we’d once again look for a rise in volatility and struggle for stocks.” 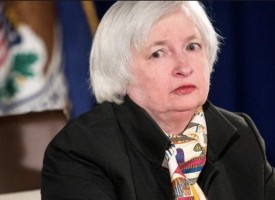