Today King World News is pleased to share a powerful piece which warns that a historic stock market crash may be dead ahead.  This piece also includes 7 shocking illustrations that all KWN readers around the world must see.

May 31 (King World News) – "The latest monthly figures showing investors' preference (or lack thereof) for cash have been released. Like most other months during this bear market, they showed a drop in cash levels. Unlike most other months, the rate at which that cash is dropping has picked up. This is most notable in the margin figures from the NYSE. Debt increased, cash decreased, and that pushed the "available cash" or "net worth" of investors to the worst level ever.

The drop in this available cash figure over the past three months now exceeds -8% for only the second time in history (see chart above). It is only exceeded by September 2008 when there was a massive change in margin accounts due to forced selling and other machinations.

If we focus on times when there was a large drop in cash levels to a multi-year low, then a few instances stand out, which are the red circles on the chart. It preceded great difficulties for stocks in 2000, 2007 and 2011, but like so many other indicators, didn't do anything over the past couple of years (see charts above).

The last few months have seen a greater reduction in cash than the others; whether that's going to matter is debatable.

Other updates to cash figures show similarly troubling levels. King World News note: The charts below expose a dangerous and reckless confidence on the part of the public as well as professional money managers. Take a good look at each chart and you will see why Jason Goepfert is waving a caution flag. 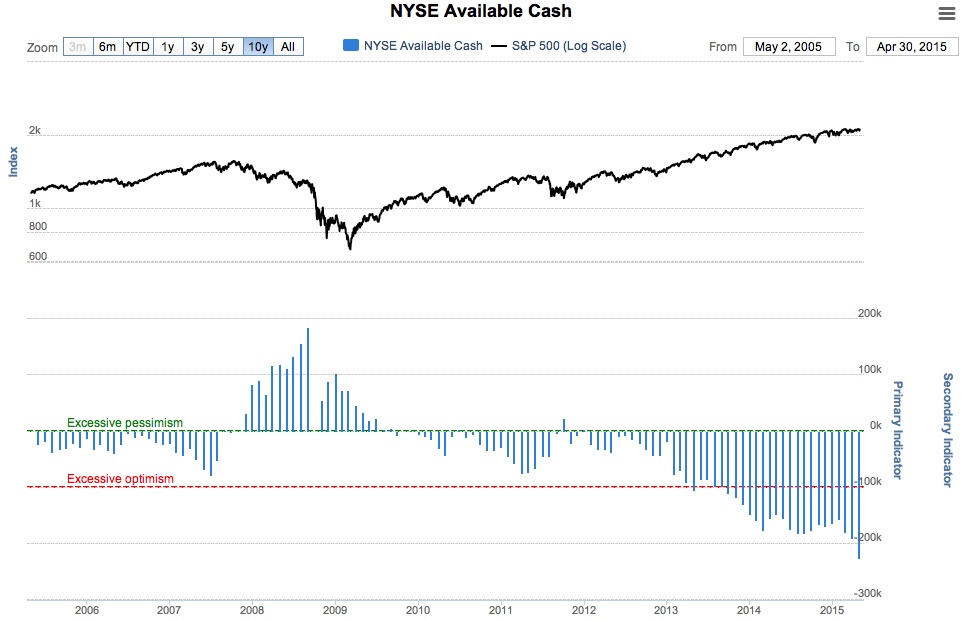 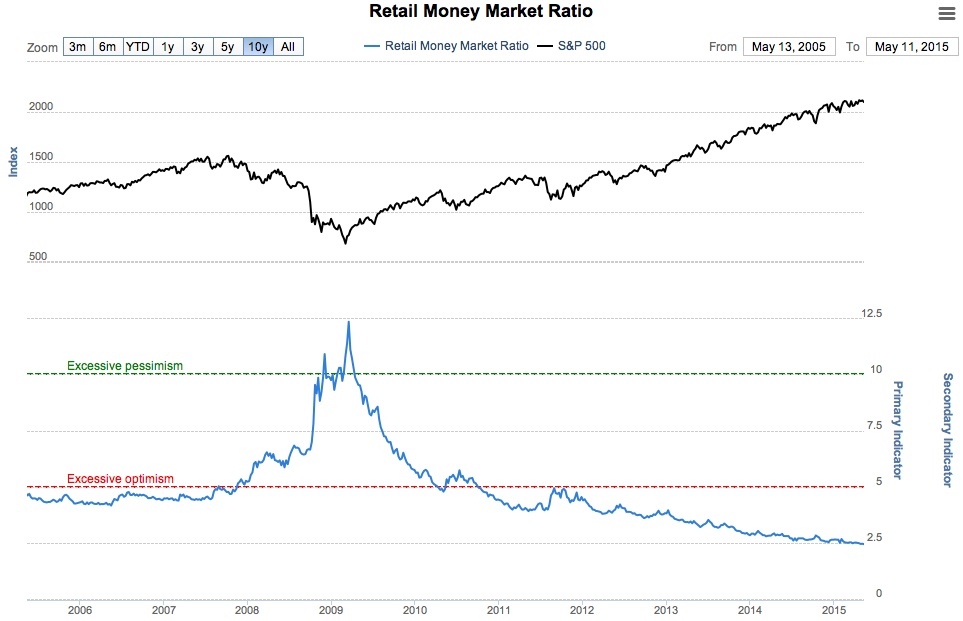 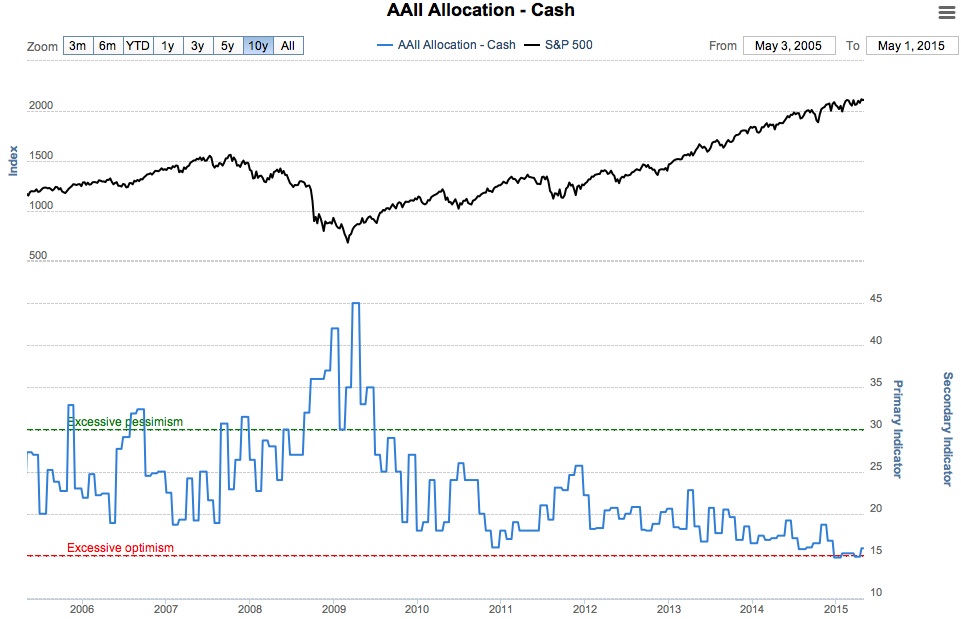 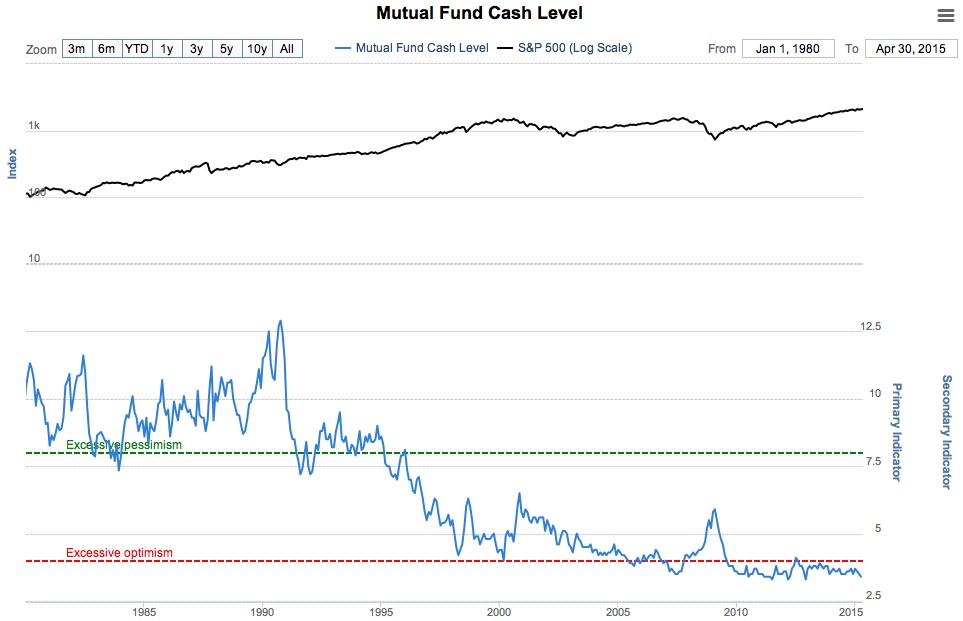 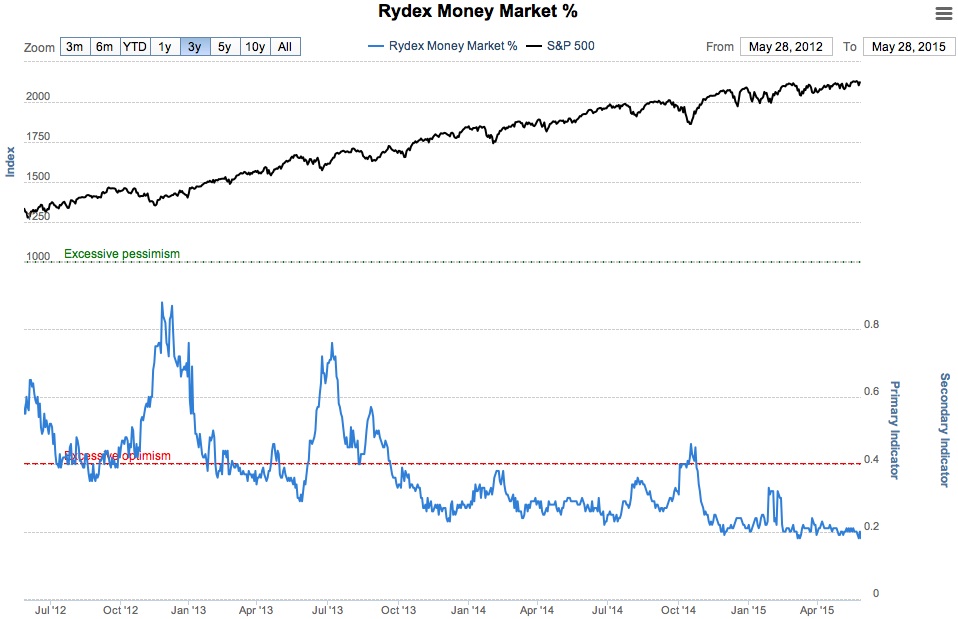 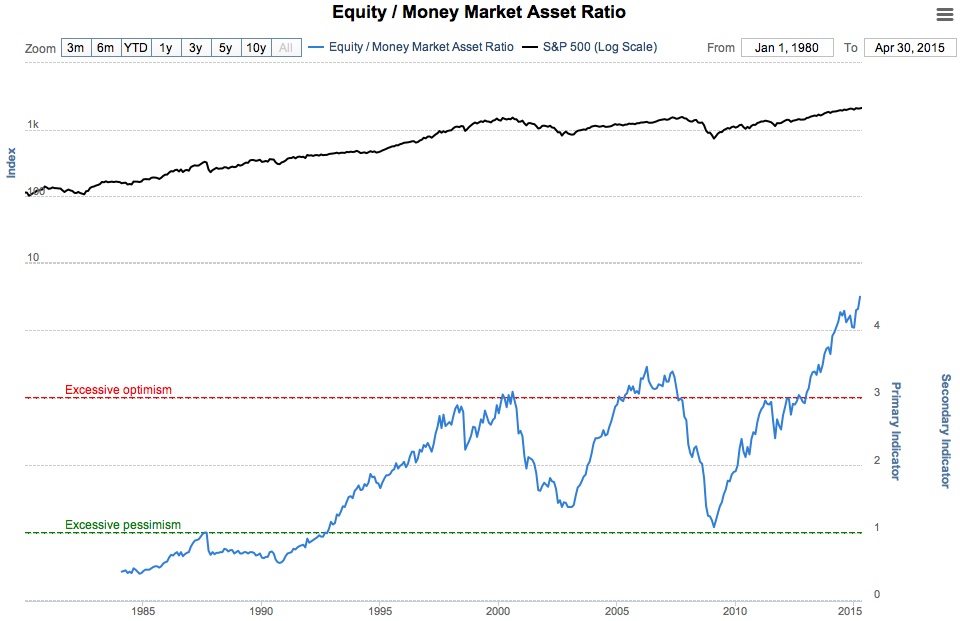 It's always tough to use "cash" indicators for timing purposes, unless we see panic conditions. Like most other sentiment-based measures, they get spiky at bottoms. Not so at tops, and as we've seen in recent years, they can drag on for months or years before seemingly having any impact.

The only difference now compared to other months over the past two years is that the rate of change has increased, and when cash levels are already at multi-year lows, it adds a bit to the idea that things have gotten out of hand, typically a negative sign for stocks." This is just a portion of one of the latest fantastic reports. To try a free 14-day trial of the internationally acclaimed work that Jason Goepfert produces at SentimenTrader simply CLICK HERE.

***ALSO JUST RELEASED: We Are Now Living In A World Headed Toward Bursting Financial Bubbles And Disaster CLICK HERE.