With crude oil, currencies, bonds, stocks and gold on the move, today King World News wanted to take a step back and look at 5 of the most jaw-dropping charts of 2015.

The following charts are from the Wall Street Journal.  The first chart below from WSJ shows the controlled ascent of the Chinese yuan over the past 20 years, with highlights of actions on key dates. 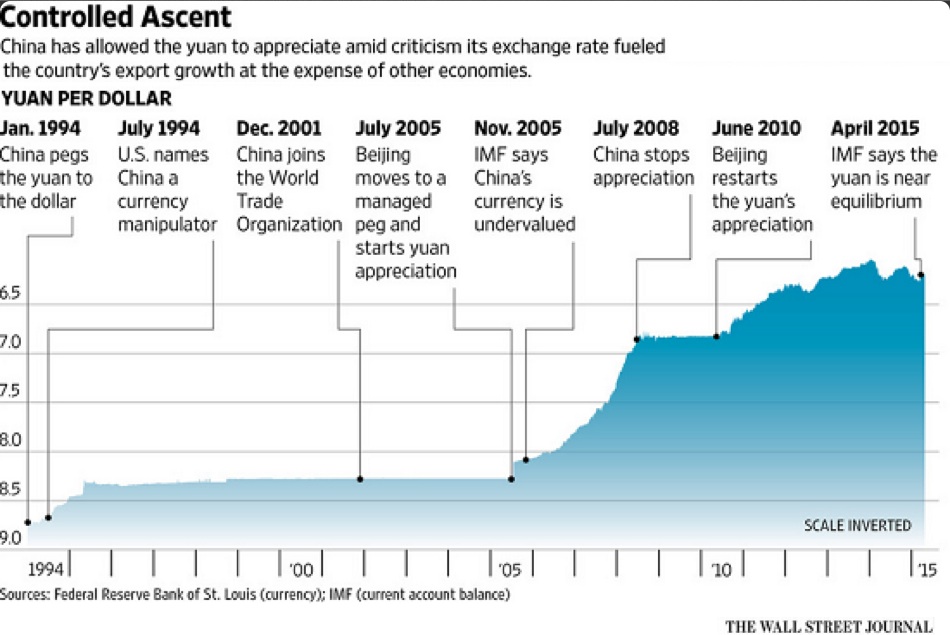 The second chart below from WSJ shows the net minimum wages for major countries across the globe.  Australia leads at $9.54 an hour, while Mexico remains at the bottom with an average minimum wage of just $1.01.  Note that the United States is well behind other major inudstrialized nations in terms of its national minimum wage. 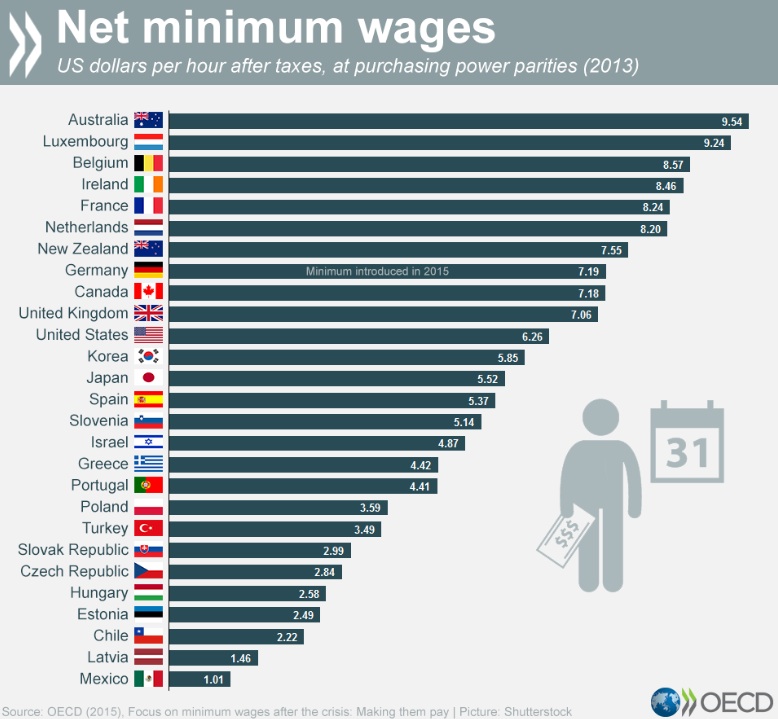 The third chart below from WSJ shows that minimum wage workers with two children need to work 50 hours each week in order to escape poverty.  The problem is that because of new regulations regarding employer health insurance, this means they must work at least two jobs to even have a chance of escaping poverty.  Think about the poor single mothers who are struggling just to survive.  No wonder so many working poor need food stamps just to make ends meet. 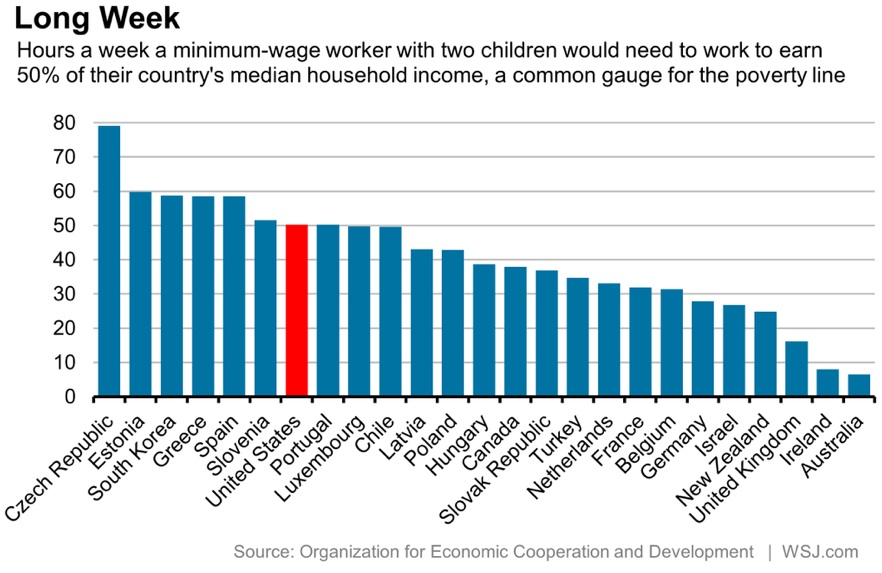 The fourth chart below from WSJ shows that S&P downgraded a whopping 52 junk-rated companies — the most since 2009! 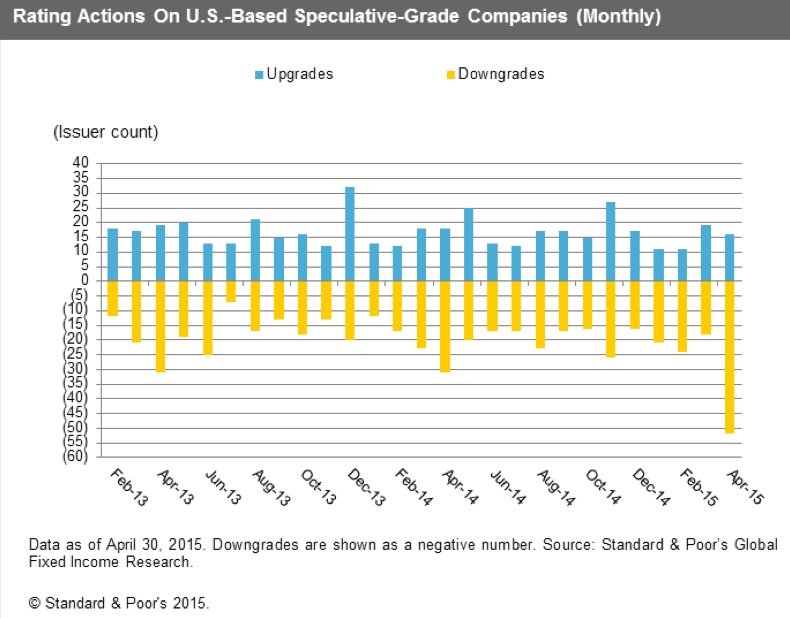 With U.S. consumers flat on their backs and companies being downgraded by S&P at the fastest pace since 2009, the fifth chart below from WSJ warns that energy firms are making tons of money trading rather than producing.  The frightening question here:  Is this setting up the energy markets for another Enron-style collapse?  Or worse yet, multiple Enron-style collapses? 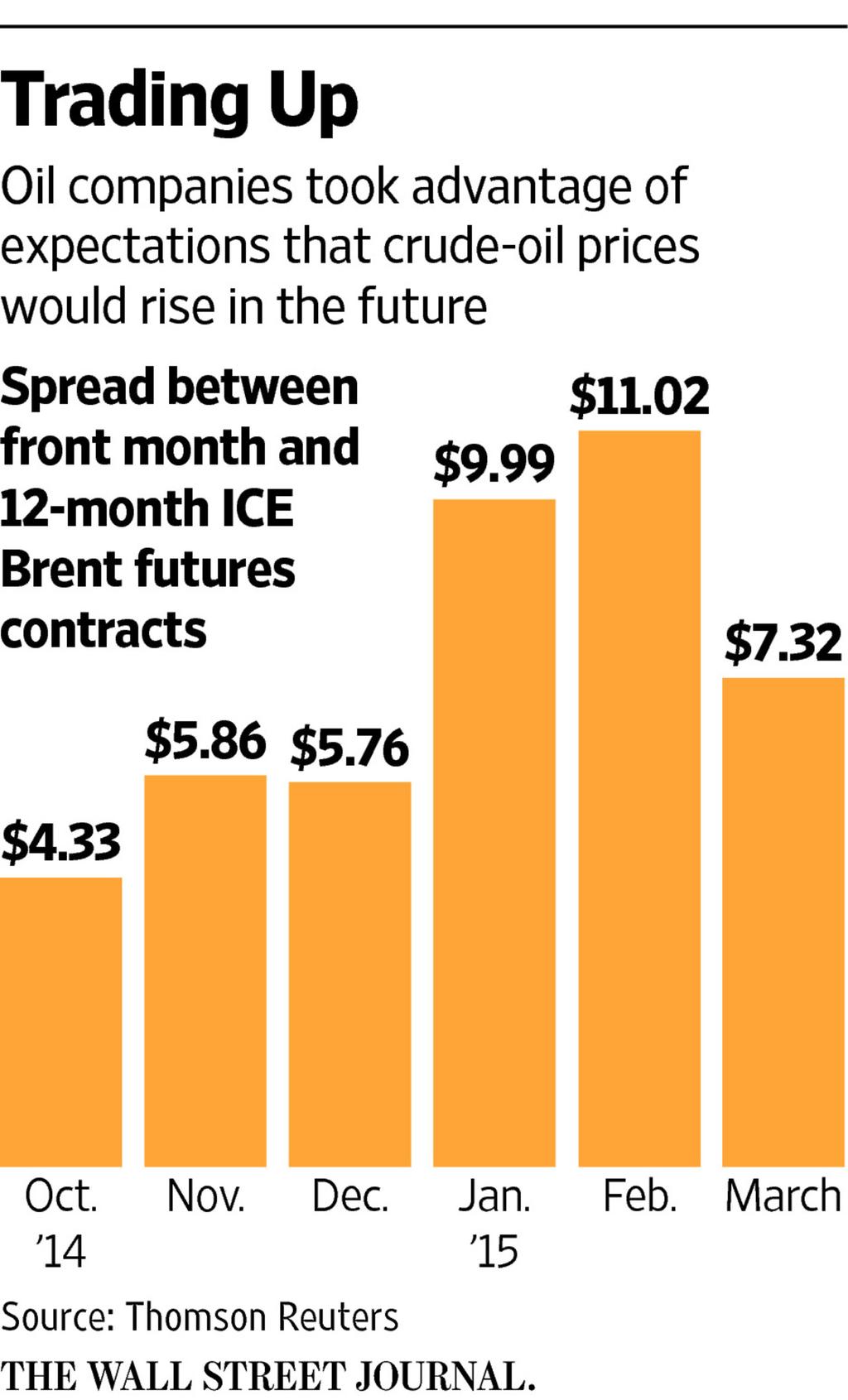 ***ALSO JUST RELEASED: What Is Really Happening With The Price Of Gold? CLICK HERE.