Today an entity dumped $1.25 billion worth of gold futures twice which prompted a $45 plunge in the price of gold.

Some Entity Dumped $1.25 Billion Of Gold
Futures Twice (Each Time Less Than 1 Minute) 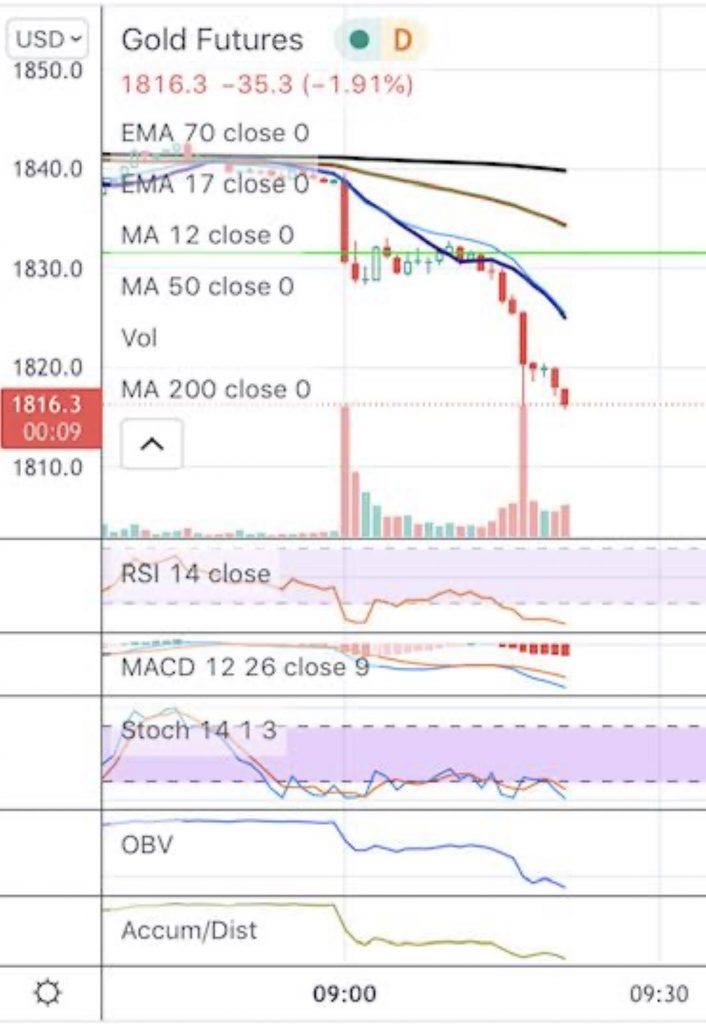 Nothing To See Here Folks, Please Keep Moving
S&P futures trade less than $150M in each of same periods in a market that is 5x as large as Comex Gold.

Translation – 40x the weight being pushed around in gold market relative to its open interest market cap than S&P.

Which Fed officials were short gold?…

Compared to $456B open interest in S&P futures that traded only $150M in each minute, silver traded more while S&P market is 350x the size.

The Fed’s hedge fund is desperately trying to paint a bullish economic scenario.

Fed To Cut Rates Wednesday But What’s Next?