Today a legend in the business warned King World News that there are 10 countries that now are close to defaulting as the global debt crisis accelerates.  He also spoke about the recent turbulence in China as well as what to expect from the gold market.

John Ing:  “The plunge that we saw in Chinese stocks took place after about a 150 percent move in the Shanghai Index.  There’s no question that it was a bubble, just as the U.S. dollar, bond and stock markets are bubbles.  Any suggestion that this is going to negatively impact China’s infrastructure plans is ridiculous….

“The industrialization of China continues.  Their growth is still strong and that will mean that they will continue to need natural resources.  The Chinese also continue to push the renminbi forward as one of the premier currencies of the world.

The Chinese have been ramping up their participation in the gold market by doing everything from setting up gold funds with a sovereign backing to participating in the London fix.  So yes, China’s market nosedived after an extended move to the upside but these things happen.  It happened in the United States in 1987, and the indices recovered over time and went to new highs on the way to a spectacular bull run.  So I wouldn’t worry about China. 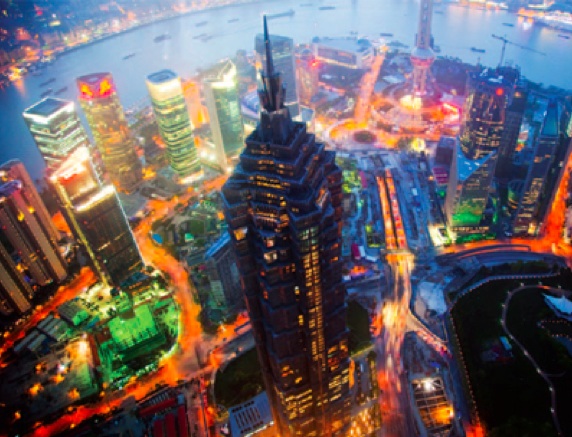 China Will Not Change Its Long-Term Plans

For anyone who would suggest that China will change its long-term plans and strategic goals because of the recent stock market action, they simply do not understand how things work in China.

What people should really be worried about is the fact that Europe is once again looking to kick the can down the road with regard to the Greek situation.  Yes, Greece will get bailed out but what everyone seems to be missing is that a country can’t just keep on racking up debt because eventually it has to be dealt with.

10 Countries Now Facing Default And U.S. Will Also Have Its Day Of Reckoning

At the same time we see that Ukraine filed a credit default and Puerto Rico just defaulted as well.  We now have something like 10 countries that are in similar positions.  And when you look at the United States, the largest economy in the world has racked up the largest debt in the world.  But the U.S. will have its day of reckoning with regard to its massive debt.  Ironically everyone is fleeing to the dollar, but that’s like someone throwing you a life preserver with an anchor attached to it.

Gold has been struggling a bit in dollar terms, but as the debt problems in the United States come home to roost, we will eventually see much higher prices for gold quoted in U.S. dollars.  Also, you will notice that the price of gold has not hit new lows yet, and the reason for that is because the physical off take in countries such as China and Switzerland continues unabated.” ***ALSO JUST RELEASED: I Pray China's Bear Market Does Not Engulf The World As People Panic Into Hard Assets CLICK HERE.

WHAT TIMING: Curiously JP Morgan Downgrades Silver Stocks, But This Is Even More Stunning