Today the man who first predicted Greek bank deposits would be stolen warned King World News that U.S. and Western central banks have now declared war against China, Russia and the rest of the BRICS.

James Turk:  "The gold war is heating up, Eric, and there is only one clear message coming from the big takedown in the gold price early today: The US government did not like hearing China's announcement on Friday about its 604-tonne increase in the official gold reserves of the Chinese central bank….

"The deliberate intervention in the gold market, which happened early today with the selling massive amounts of paper gold when physical gold began trading in Shanghai, was meant to embarrass China because it dared to announce an increase in its gold reserves.

The Intervention Also Had Two Other Objectives

The intervention also had two other objectives.  It was meant to scare any remaining weak hands into thinking that the United States still holds all the monetary cards and can bend the price of gold to its will. It also provided an opportunity for the bullion banks to cover short positions with massive profits by creating a selling climax with huge volumes being traded as the gold price fell.

We have to keep in mind that no government has the power to perennially distort markets. This point has been proven with regard to gold when the central banking cartel called the London Gold Pool collapsed in 1968. It was proven again at the "Brown bottom" in 1999 when then-British Chancellor Gordon Brown tried to force the gold price lower by announcing in advance the sale of British gold reserves.

Similarities Between Previous Lows In Gold And Today Now In Place

Both past events marked important lows in the gold price. Of course only time will tell whether another important low was made today, but the similarities in sentiment between now and 1999 are telling.

As a consequence of the drop in price, gold is now down about 6 percent this year when measured in dollars, but up almost 5 percent  when measured in euros. Notwithstanding what happened today, gold has risen this year against most currencies. So gold is winning the war on all fronts except against the U.S. dollar.

Since the 1960s the U.S. government has worked hard to remove gold from the international financial system. It is therefore ironic that the U.S. dollar became the world's reserve currency only because it was backed by gold. But that means nothing to foes of sound money who want to increase their power by being able to print money out of thin air.

To obtain this abusive money-printing power, gold must be sidelined. That can be done only with intervention and anti-gold propaganda fed by the mainstream news media, but those interventions work only to a limited extent. Eventually market forces overpower government intervention when extreme undervaluations are reached, as they were in 1968 and 1999. 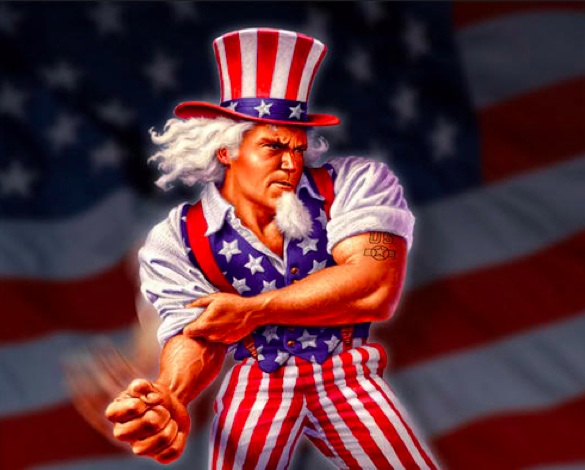 So the line between the two sides is becoming more clear. The United States and the central banks of those countries in its orbit are lining up against China, Russia, the remainder of the BRICS, and the rest of the world. History shows the winner will be the side that uses gold to restore sound money." ***KWN has now released the extraordinary KWN audio interview with John Mauldin, where he the chaos in China and Greece, what to expect in major markets going forward, what surprises are in store for the rest of the year and much more, and you can listen to it by CLICKING HERE OR ON THE IMAGE BELOW.

Things Are Looking Up For The Gold Market