On the heels of the gold price closing in on $1,300 once again, here are some remarkable chart of the Fed’s balance sheet, GDP, inflation, household net worth, plus a note on industrial metals and silver.

Inflation, Fed, GDP, Plus Industrial Metals & Silver
August 21 (King World News) – Here is what Peter Boockvar noted as the world awaits the next round of monetary madness:  Central bankers focus solely on rate of change in gauging the pace of inflation and mostly of course with consumer price inflation. And within CPI, it doesn’t really capture a cumulative rise in prices. For example, if in one year oil goes from $50 to $75, a 50% increase but in the following year goes to $74. According to a rate of change analysis, we are in deflation in year 2 according to central banks but are we really? Also, don’t we need to focus on consumer inflation in the context of wages if we pay for the cost of our living via the wages/salaries we earn? And what about other forms of inflation?…

Here is a chart that overlays CPI vs private sector compensation which includes wages/salaries and benefits as measured by the employment cost index. As seen over the past 15 years, compensation is rising faster than CPI but not by much.

Let’s look past consumer price inflation and look at inflation in the quantity of money. This chart is of the Fed’s balance sheet. It has risen in size by almost 400% since September 2008. US nominal GDP has grown by only 30% over the same time frame. 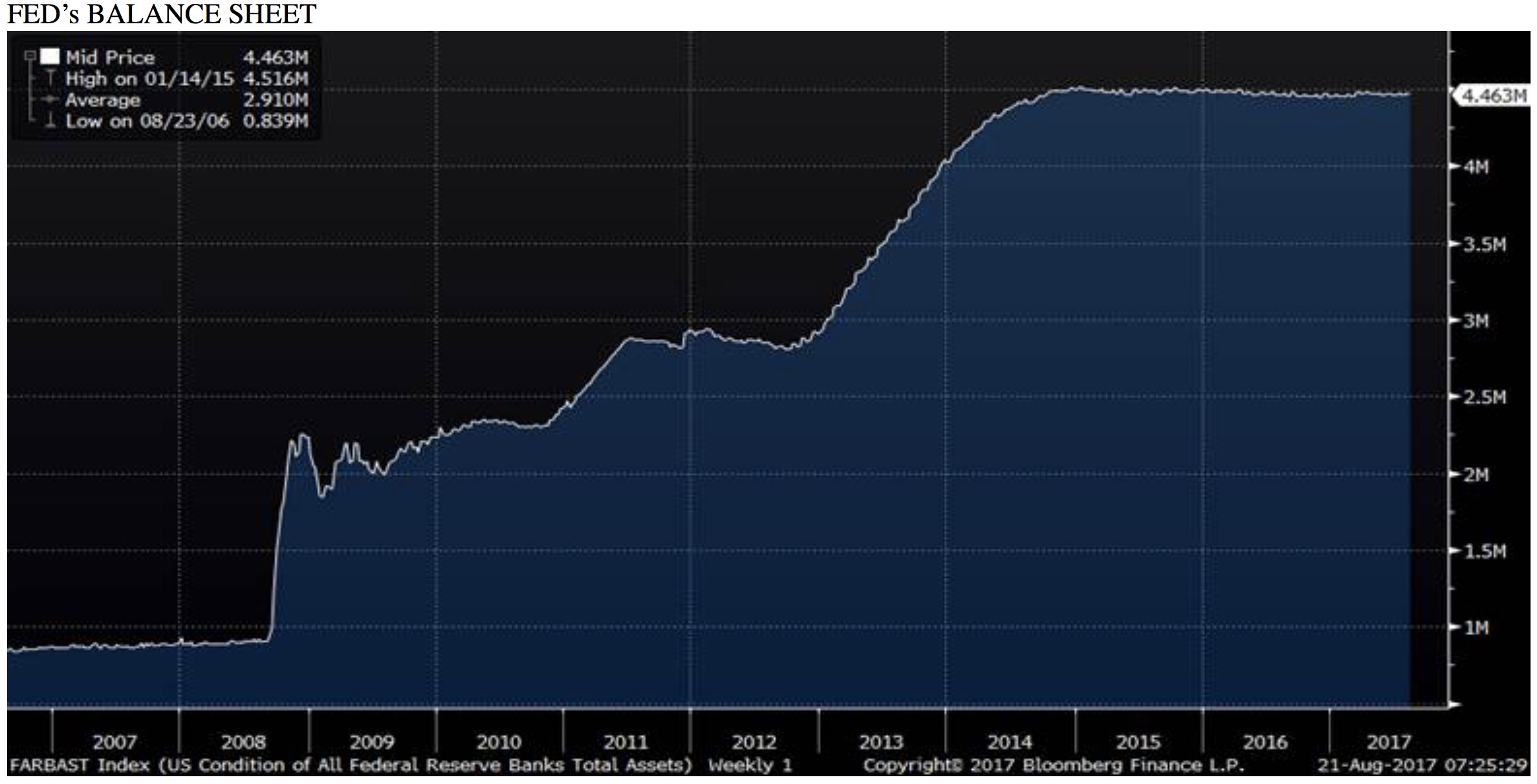 While US Nominal GDP Went Up Only 30%

This last chart is focusing more on asset price inflation. It is household net worth (so including homes, portfolios, savings accounts, etc…). Pictures say a thousand words. 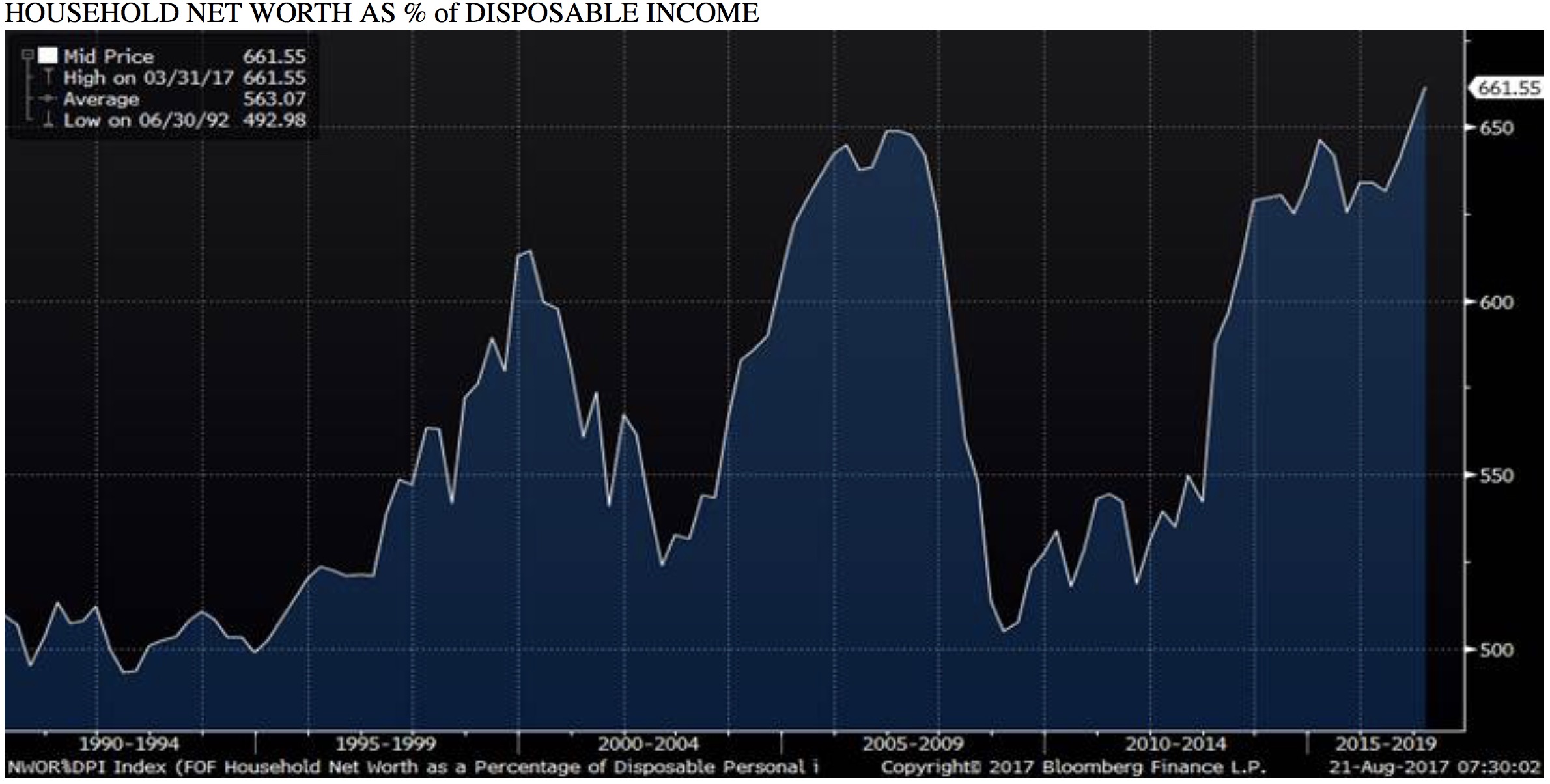 I’m really not sure what exactly my bottom line is on this Monday but I’ll say this: central banks create monetary inflation and then model where they think it will show up. We know in this cycle where it mostly ended up (see the last chart) which was fine for them on the ‘wealth effect’ thesis. Wanting this to translate into 2% consumer price inflation per annum ironically was successful too as core CPI has averaged 1.9% over the past 5 years (I know, they like PCE). I guess the question then is, if the rate of change in CPI continues to moderate, do they keep trying to inflate that last chart?

King World News note:  Again, silver is both a monetary and industrial metal.  As the industrial metal bull market advances, the price of silver will slingshot above $20 on its way to new all-time highs.  Accumulate physical silver now while it is still very cheap relatively cheap compared to other financial assets.