As we kickoff the fourth trading week of trading in January, below is a powerful email from a KWN reader about the death of the middle class in America:

From a KWN reader:  My favorite wealth redistribution chart shows that since 1988, the end of Reagan and beginning of Bush senior reign, the bottom 90% of the US has seen their wealth decline from 36% of total US wealth to only 23%, while the top .1% (135,000 tax payers) have seen their share of wealth grow from 10% to 23% of the total (comparable only to the Great Depression, see remarkable chart below). 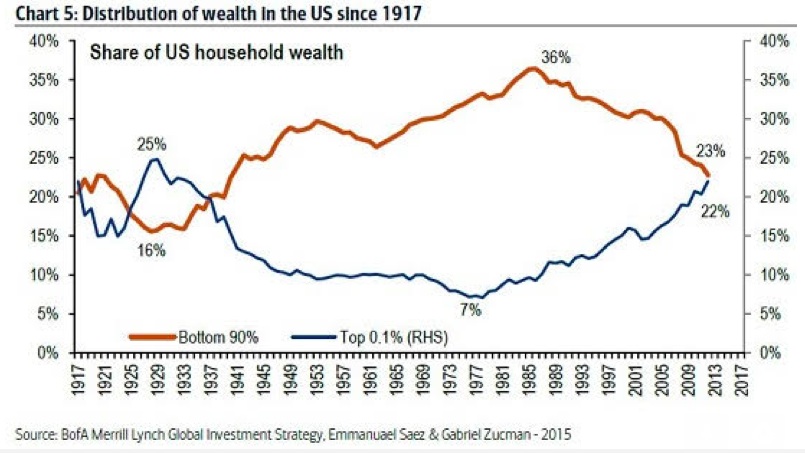 With today’s US Net Worth at $90 trillion, what would it be like if the bottom 90% had (back) that lost 13%? It would be about $11.7 trillion divided into about 121 million taxpayers in the lower 90%, and each taxpayer in the lower 90% would have on average $100,000 more in net worth than they do today. That would have meant that on average the lower 90th percentile had put aside an additional $1,058 per year, each year, and earned 7% compound return on investment (7% is average for stocks including dividend and price appreciation in long term).

Assuming the average taxpayer savings/investment rate was 5%, then each taxpayer in lower 90th percentile would have had to earn about $20,000 more each year for the last 30 years. For all of the 121 million taxpayers in the lower 90th percentile in wealth in this country, imagine what a difference in our lives that would have made for ourselves and for our children. 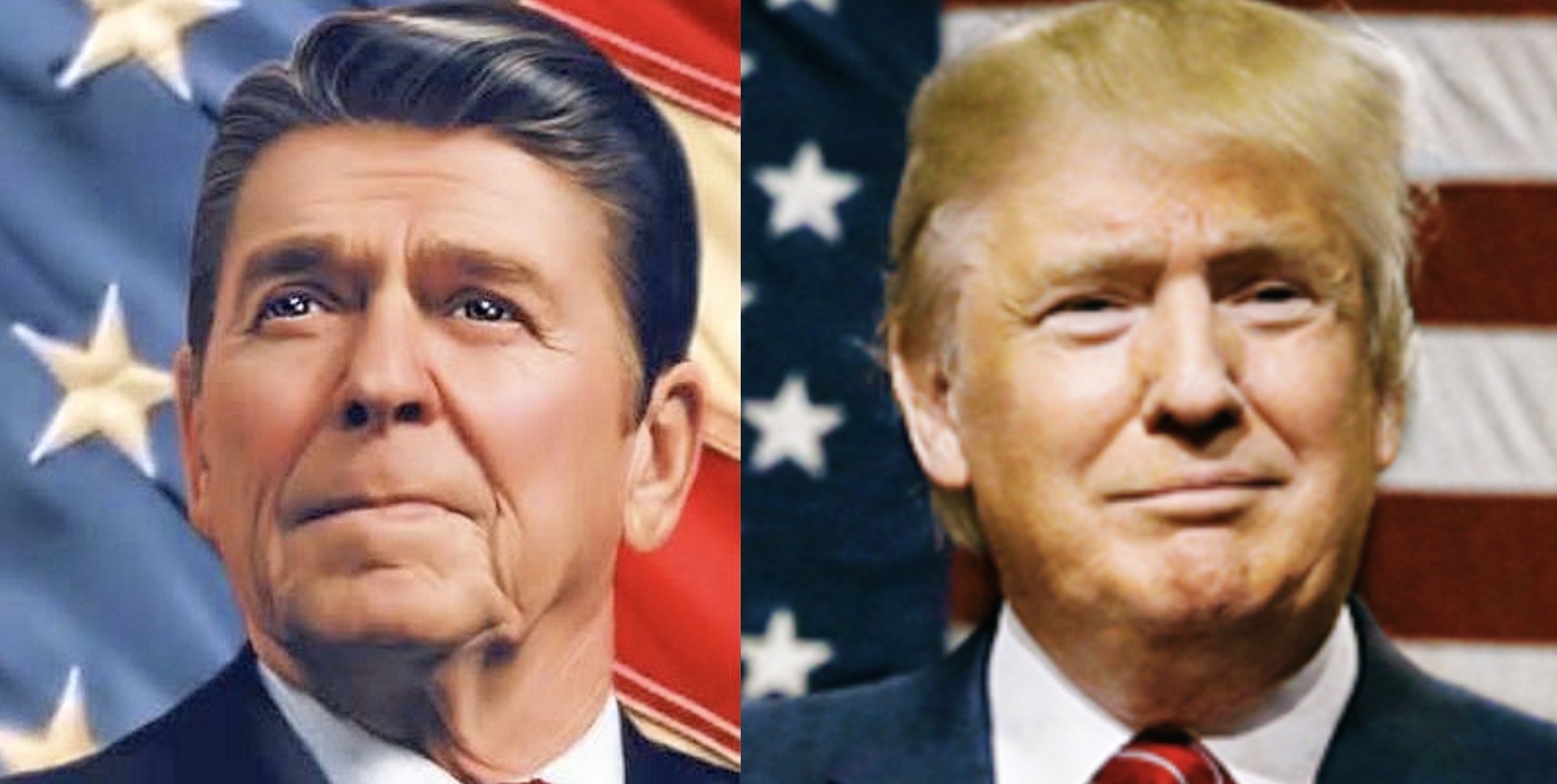 Trump intends to bring that back by pivoting back to Russia and away from China, just as Reagan did, and just the opposite of US policy since 1988. However, the biggest challenge is that the US is broke and now the largest debtor country in world, not the largest creditor nation. But “Give me liberty or give me death” would still be my choice. I would rather live in freedom than in a prison to debt or handouts that most Americans unknowingly have been existing in and just now have figured out. America is the land of free and home of brave. Those values are what Trump is reigniting in our country.

SPROTT: This Sector Will See A Huge Bull Market In 2023