With people around the world worried about the escalating conflicts in the Middle East and Ukraine, today former U.S. Treasury official, Dr. Paul Craig Roberts, warned King World News that the United States is broke and Europe is looking to China as insane U.S. policymakers push for war.

Eric King:  “Dr. Roberts, the Chinese-led Asian Infrastructure Investment Bank (AIIB) has made tremendous inroads (with the Europeans).  As you know, the UK, France, Italy, etc, joined.  Countries are leaving the United States in droves here and looking to the East and saying, ‘Look, we understand you are protesting Washington DC, but we don’t hear you because we have to be part of this (AIIB) — your thoughts on that.”

Dr. Paul Craig Roberts:  “That’s another example of where the world has decided that serving Washington doesn’t pay.  And so the kind of enslaved, vassalage behavior of other governments toward Washington seems to be drawing to an end….

“The Chinese will succeed in this, primarily because they’re the ones who have the money.

The United States is broke.  The only way the United States has any money is the Fed prints it.  And the only reason that they can do that and get away with it is because the dollar has been the (world’s) reserve currency.

But it looks like the United States has so abused that role that we increasingly see movements away from the dollar.  We have the BRIC’s, representing 40 – 50 percent of the population of the earth, settling their trade balances between themselves in their own currencies.  We see the Chinese and the Russians settling in their own currencies, with energy trading no longer (being traded between them) in dollars.  This movement will continue. 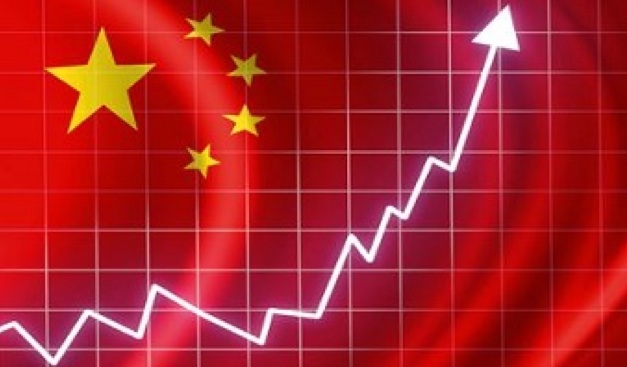 China To See Strong Growth For At Least Another 50 Years

People look to China and they see it’s got by far the largest reserves in the world and that their economy on a purchasing parity basis is now larger than the American one.  And this has just begun.  China has hardly begun developing its own internal domestic market.  So the growth of China can go on for another half century.

"These People Are Insane"

So the world sees that the United States is a bully, that serving the United States doesn’t pay, the power is shifting and the world is going to move with it.  The trouble with Americans is that we have these crazed neocons in office and in control of foreign policy.  These people are essentially insane and they are capable of producing a nuclear war.” KWN has now released the incredible audio interview with Dr. Paul Craig Roberts where he discusses the conflict in Yemen, the war in Ukraine, one of the greatest crises the world has ever faced, and much more. You can listen to it by CLICKING HERE OR ON THE IMAGE BELOW.