Today the man who has become legendary for his predictions on QE, historic moves in currencies, and major global events spoke with King World News about full-blown crisis, total wealth destruction and $10,000 gold.  But first, a warning from Joe Granville. 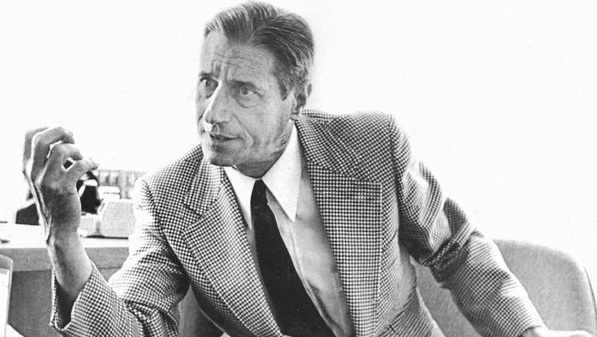 “As soon as you think you’ve got the key to the stock market, they change the lock.”
Joe Granville

Egon von Greyerz:  “Eric, the whole investment world is waiting nervously for the Fed decision.  Whatever the Fed does will no effect whatsoever on the global economy in the long term.  We have an over-indebted world that has lived above its means for too long and whatever the Fed and other central banks do will not change that…

Egon von Greyerz continues:  “Short term the Fed decision is likely to cause massive volatility, with potential losses in the trillions of dollars.  We know that no central bank has ever forecast a recession or depression.  And even when an economy is in the midst of a full-blown crisis, such as 2007, the Fed couldn’t see it.

And right now the Fed is in a massive conundrum.  For face-saving reasons they need to raise rates.  If not, confidence will be lost in the Fed’s ability to manage the economy.  The problem the Fed has next week is that there is no reason whatsoever to increase the federal funds rate.  If anything, the Fed should follow the lead of the ECB and other European central banks and lower the rate to negative.  Negative rates will not save the world economy, but a rate increase in the United States would take place at the absolute worst moment in time.

The U.S. is entering a recession.  Retail sales are falling, manufacturing is shrinking, corporate sales are declining, and so is trade.  And the U.S. Debt situation is disastrous.  U.S. debt is now $19 trillion and has increased every year since the early 1960s.

Eric, when the world’s supposedly strongest economy cannot achieve a budget surplus for over 50 years, we know that the country is living on borrowed time.  And with a trade deficit for over 40 years, it confirms that the U.S. is living well above its means.  With these disastrous economic fundamentals, the dollar is much too strong.  But in the next few years, very few people or nations will want to own dollars or even trade in dollars.

Like most paper currencies, the dollar is backed by nothing.  But it’s actually worse than that because it’s backed by $19 trillion of debt and $200 trillion of unfunded liabilities.  And since the U.S. can never pay back its debt, in the next few years the United States will print hundreds of trillions of dollars or even quadrillions of dollars in order to prevent the system from collapsing.

But the desperate measures will ultimately fail and result in the implosion of the financial system.  This will lead to collapsing stock, bond and real estate prices in real terms.  The U.S. will not be the only country this will happen to, but as the country with the largest debt, the United States will certainly have the biggest fall.

Coming back to the Fed meeting, Eric, the Fed is now hoping for a major event that will prevent a rate increase and save the Fed’s reputation.  The market is expecting an increase so it should not have much effect, but no change in rates would lead to massive volatility.  The dollar would fall, stock markets would fall and gold would surge.

Regardless, the dollar and stocks are extremely vulnerable, while gold and silver are poised for a strong and sustained move higher in their longer term uptrends.  Technically the gold and silver markets now have more bearishness than they had in 2002.  Eric, that is a year I remember well because that is when we invested heavily into gold at $300 an ounce.

Total Wealth Destruction And $10,000 Gold
Also, if gold is adjusted for inflation, gold is as cheap today as it was in 2002.  So gold today is as unloved and undervalued as it was in 2002.  But not only will gold will go to $10,000 in today’s money, but much more importantly, physical gold will protect investors from the total wealth destruction that is coming.” ***KWN has now released the extraordinary top 10 trends and predictions for 2016 from Gerald Celente and you can listen to the audio interview by CLICKING HERE OR ON THE IMAGE BELOW.