Today the gold and silver takedown continues, but take a look at this! 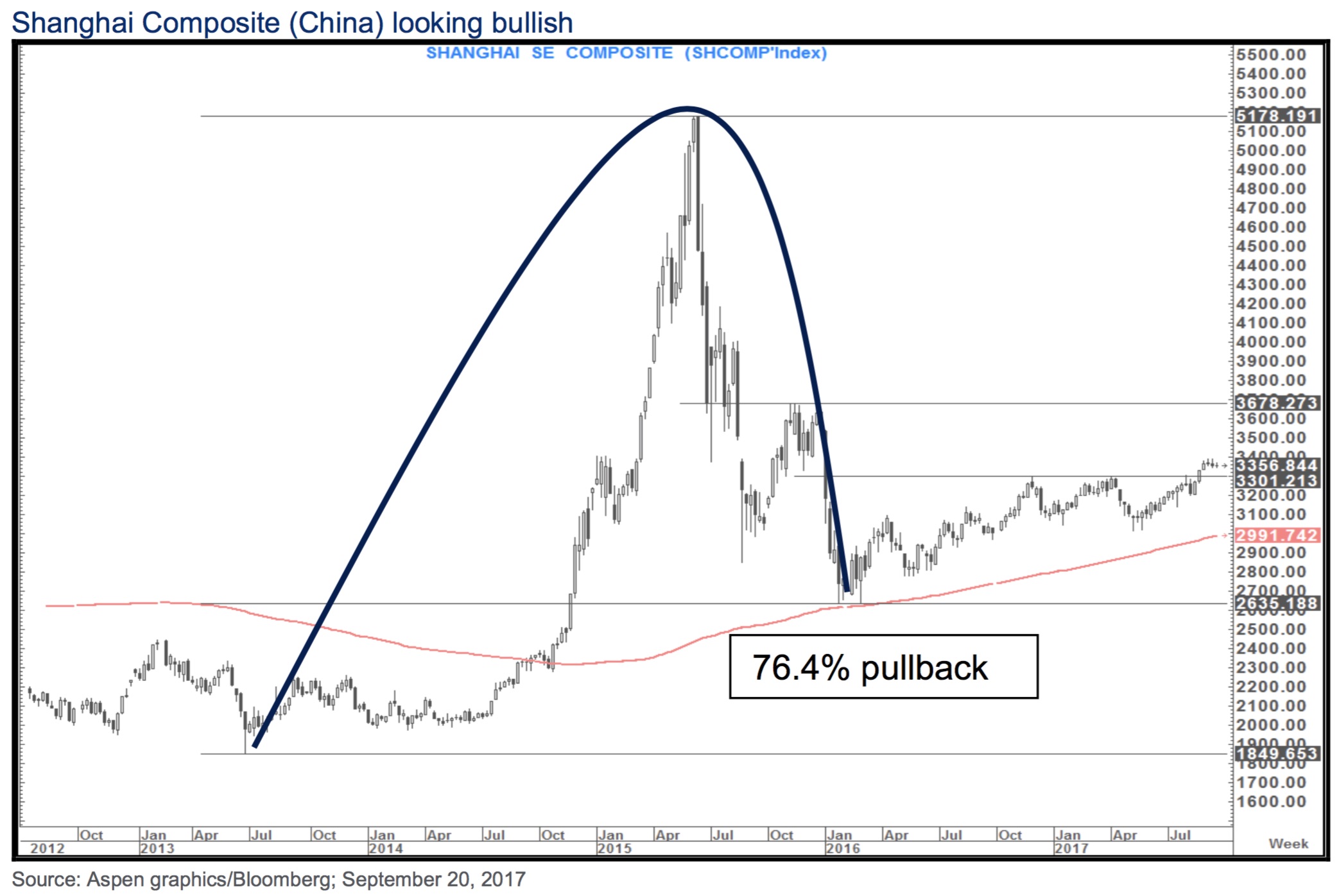 It (China’s stock market) struggled twice around the 3,300 level in November 2016 and again in April this year before breaking through. There is now little in terms of meaningful resistance before the 3,680 level seen in late 2015…

Surging Shanghai Bullish For Gold, Silver & Commodities
King World News note: A rising stock market in China is extremely bullish mid- to long-term for gold and silver as well as other commodities.  Commodities already bottomed and have entered the early stages of a bull market. This will mean much higher prices over time for all commodities, including oil, which will create additional inflation as higher prices for crude oil feed into the system.

Regarding The Gold & Silver Pullback
King World News note: The action on the Comex casino is noise. Weak paper longs continues to be taken out of the market and the bullion banks are making money on their shorts. Meaning, it’s business as usual. In the meantime, use major pullbacks to accumulate physical gold and silver as well as the high-quality mining shares.

If you look at the gold and silver commercial short positions, they are quite large historically (see charts below). 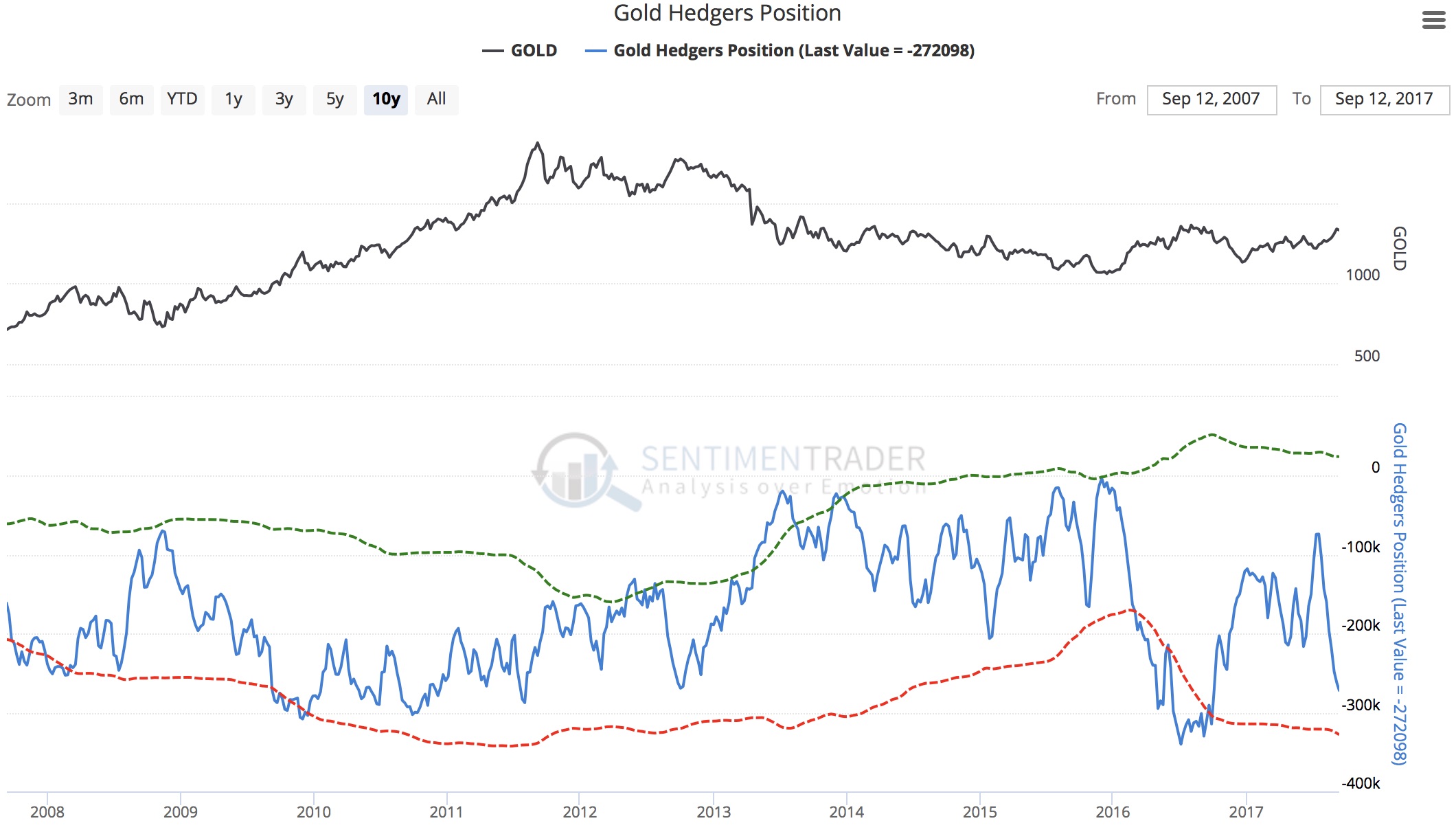 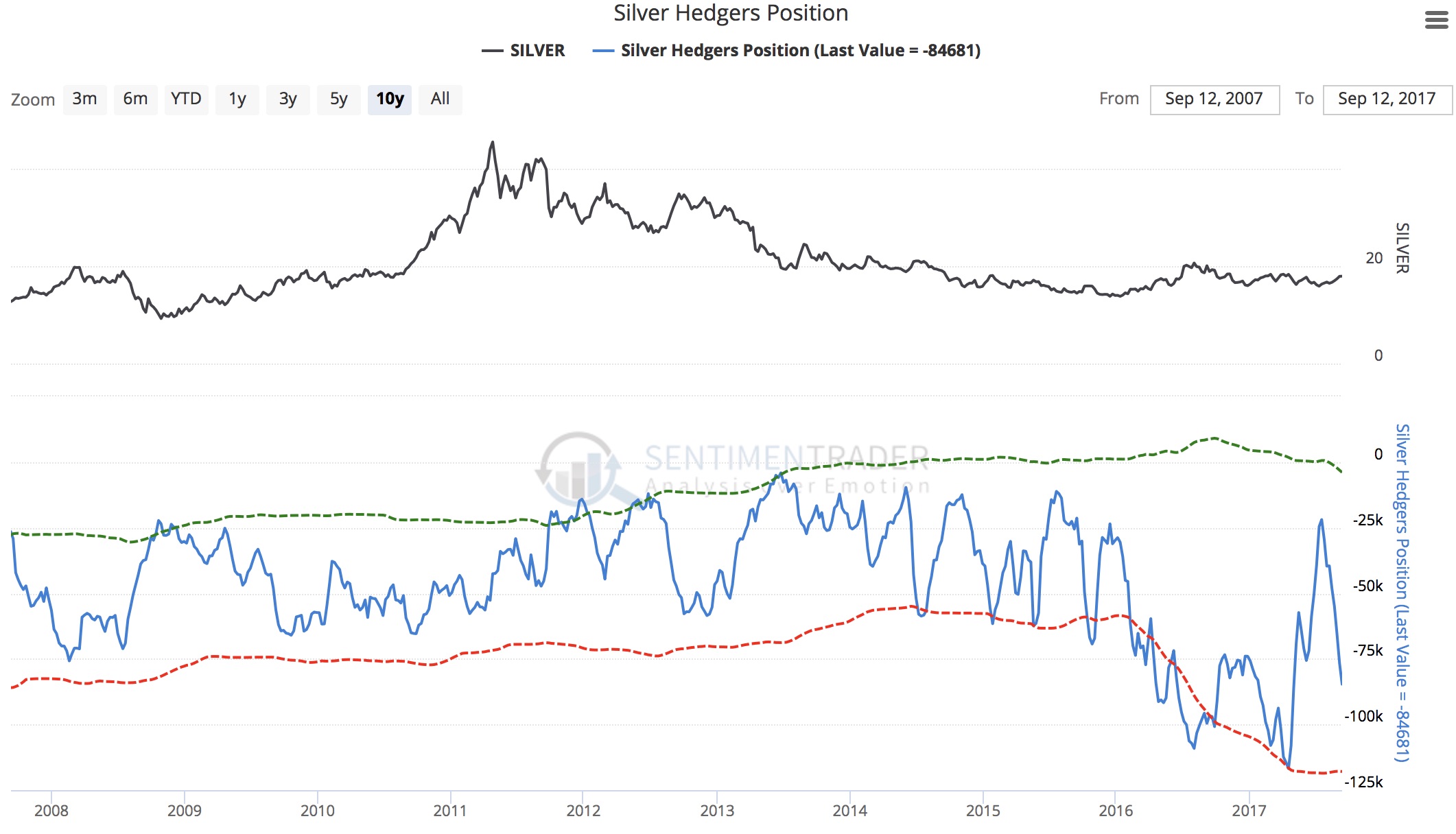 Some of the commercial short positions have already been covered and this should be noted in the upcoming COT report.  As these shakeouts take place, long-term investors must remain patient.  These markets bottomed in early 2016 and are on their way to new all-time highs but the ride will be bumpy. After such a long mid-cycle (cyclical) bear market (5 1/2 years), it’s amazing how many of the most ardent gold and silver bulls are either throwing in the towel or letting their emotions get the better of them. There may be more manufactured downside so the bullion banks can cover more of their shorts. Just remember, the action is designed to shake you out of your positions in the secular bull market.

***ALSO JUST RELEASED: The Cocaine High Is Coming To An End, Plus A Note On Gold CLICK HERE.