With the price of gold still unable to decisively clear the key $1,300 level, a key question people are asking is should I be buying gold or the miners?  Here is the answer.

Gold Miners Or Gold? Miners!
By Michael Oliver, MSA (Momentum Structural Analysis)
August 22 (King World News) – MSA arrived at this conclusion a year and a half ago. No reason to change it…

Despite ups and downs in the gold miners relative to gold, the spread’s long-term momentum trend favors gold miners vs. bullion. This after many years in which the opposite was true. Things change and we measure for that.

Momentum rose above sufficient resistance in early 2016 (coincident with annual momentum upturns in gold and gold miners) to shift towards favoring miners. No, of course not each and every miner. Like any stock sector, gold miners have their heroes and their dogs. And even those change from time to time.

But as a basket (like GDX), gold miners should now be expected to outperform bullion.

In this measurement we use the XAU Index; it’s been around long and therefore has much data history. And its spread and momentum of the spread vs. gold both say “outperform” for the miners (see chart below). 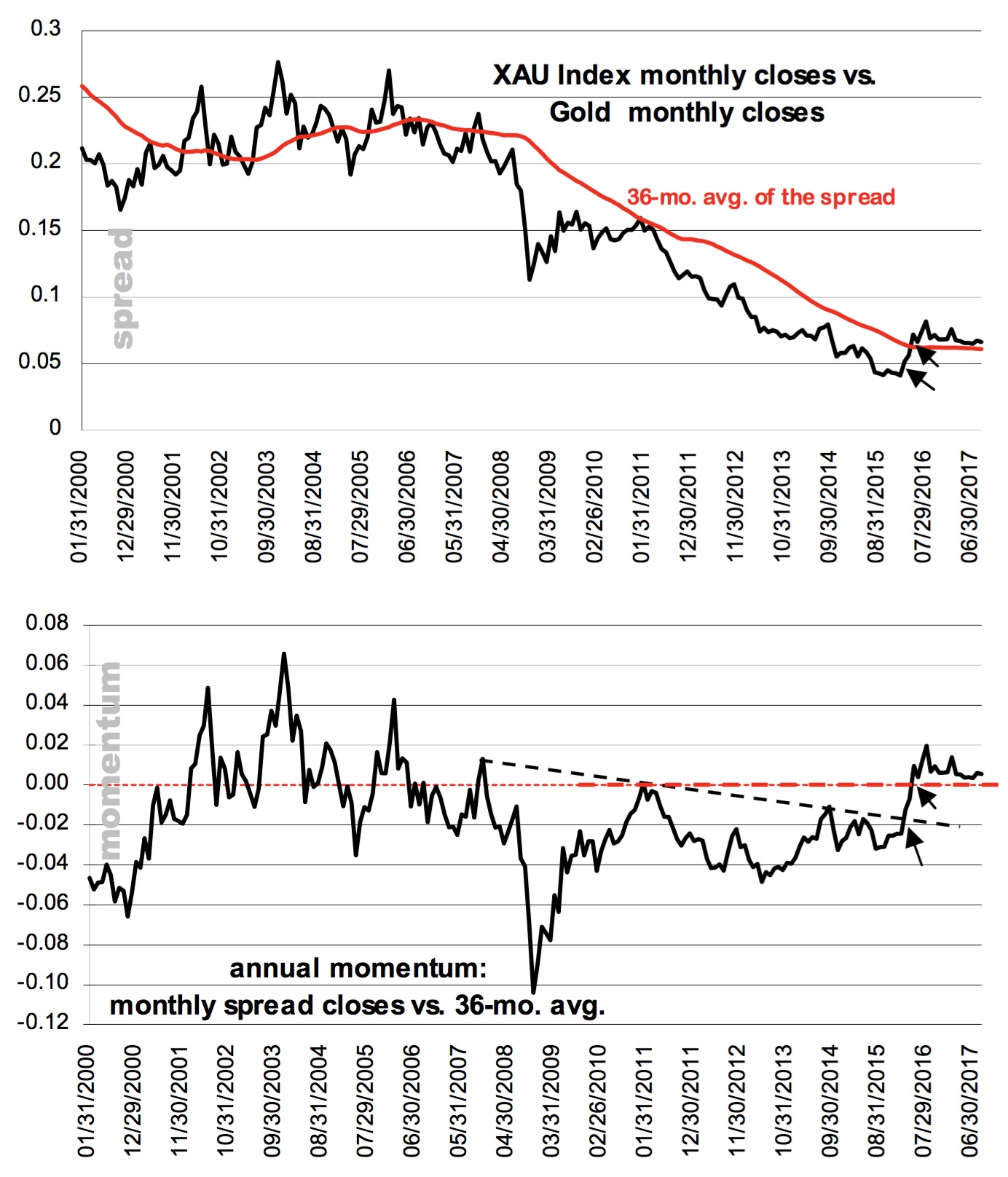 The recent pullback in the momentum and in the spread readings does not negate the positive action that preceded it.

And in recent months there has been some firming. We continue to favor miners vs. bullion.

King World News note:  The ratio below showing an all-time record low for the miners vs gold will reverse and head in the other direction violently as the secular bull market in gold and silver begins to reassert itself to the upside in earnest. Meaning, like Oliver at MSA, I expect the high-quality mining shares to significantly outperform the advance in the metals in the future. 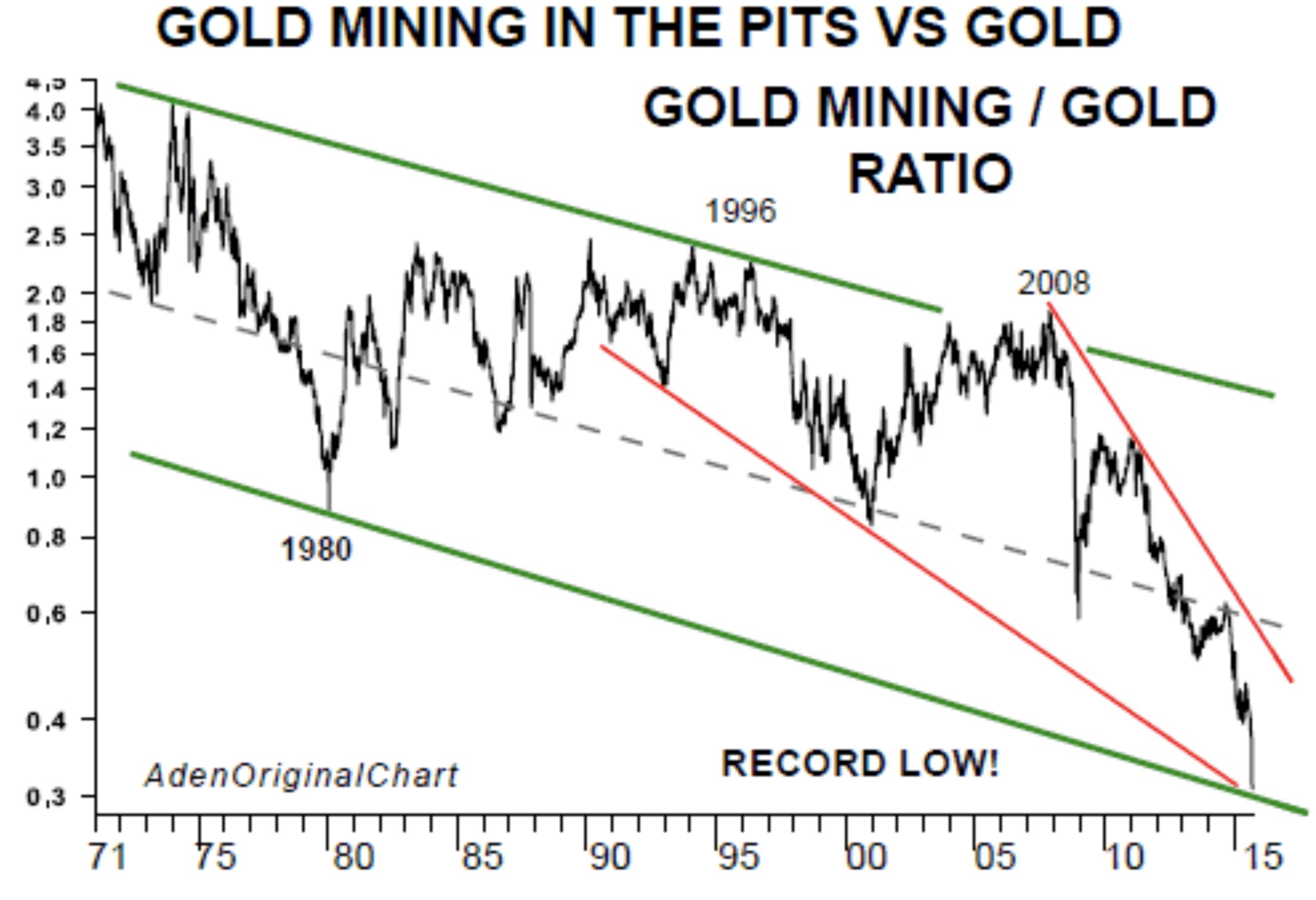