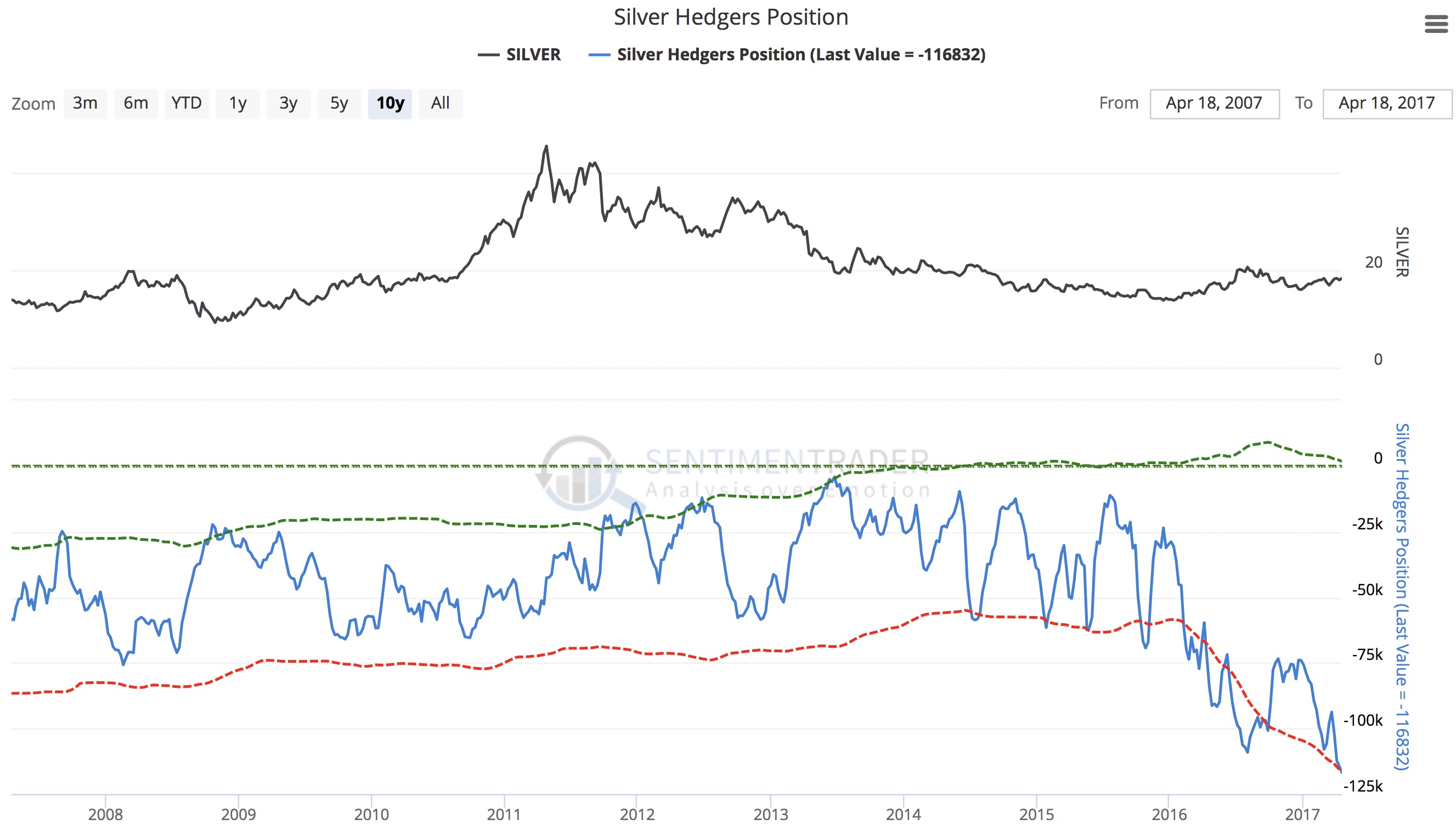 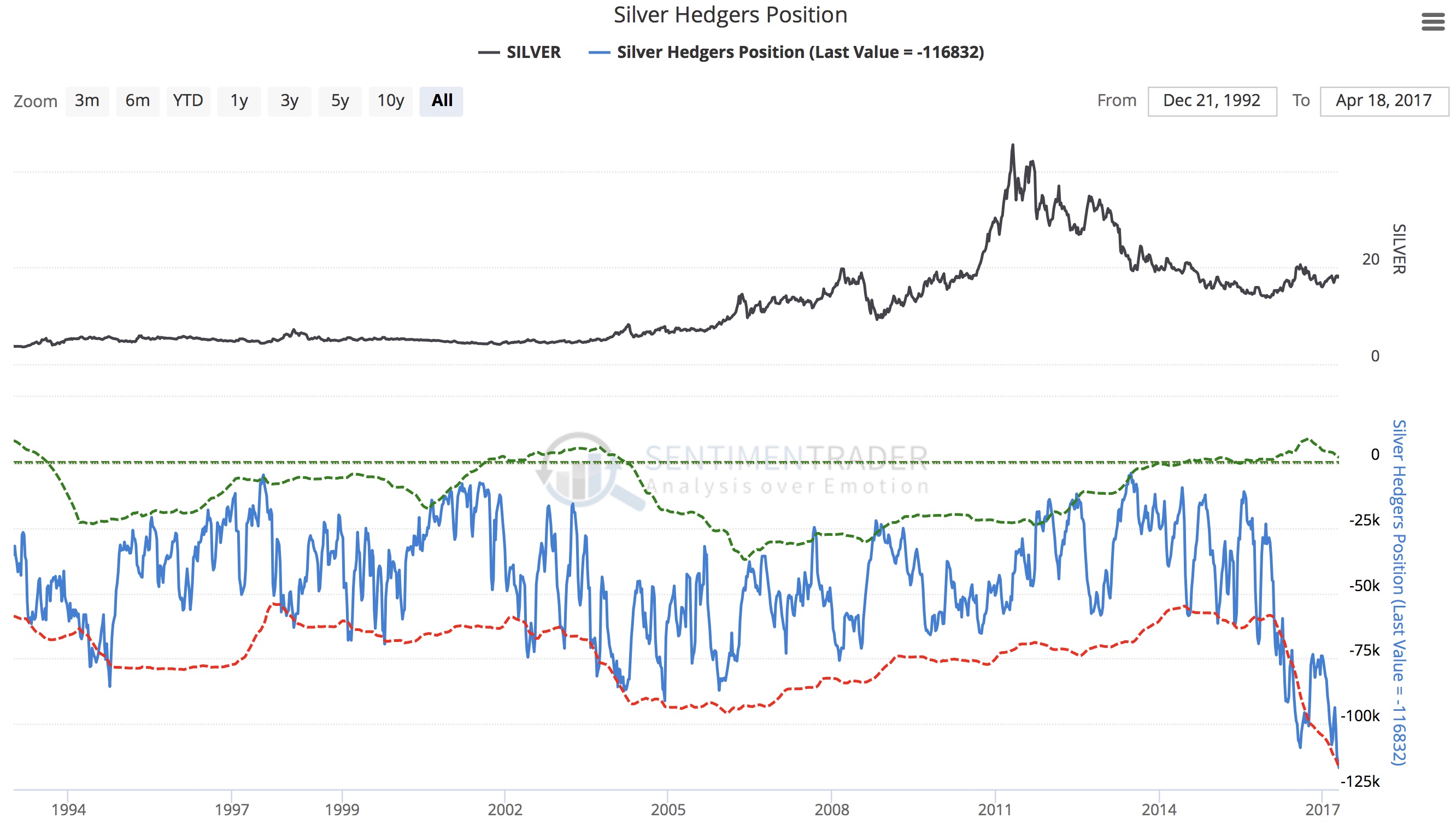 Commercial’s Short Gold But Not Nearly As Aggressive As Silver

Commercial signal failures are extremely rare. This means it is quite possible that we could see major weakness appear in the silver market, until the commercial positions show a significant change.

For those who are keeping score, below is a look at the commercials short positions in the gold market. Commercials have been adding to their gold short positions, but not nearly as aggressively as they have been In the silver market (see chart below). 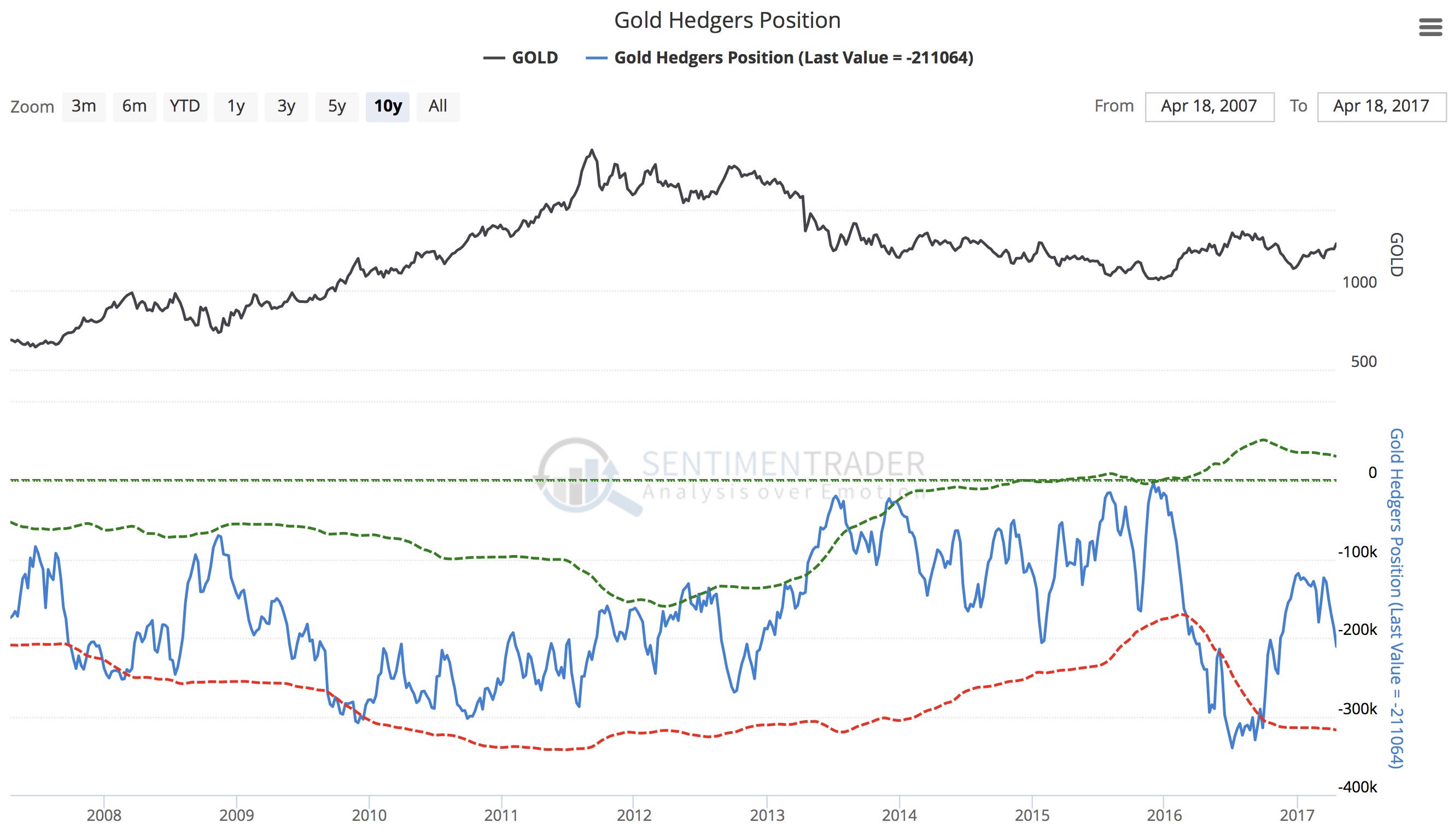