We are all victims of the illusion of nominal value. The incessantly increasing money supply leads to a steady trend of rising consumer prices. As incomes are rising as well, we tend not to question the rising level of prices.

“Americans are getting stronger. Twenty years ago, it took two people to carry ten dollars worth of groceries. Today, a five-year old can do it.” — Henny Youngman 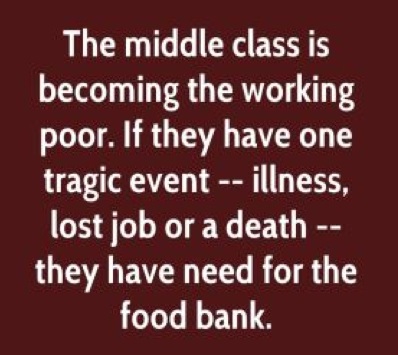 The Great Decline In Living Standards

Currently, much points to a steady erosion of living standards. By measuring prices and salaries in gold terms, we can contrast these rather intuitive perceptions with actual data and are indeed able to reveal an illusion of nominal values. According to Keith Weiner, the wage of unskilled workers in the US in 1965 stood at 71 ounces of gold per year. In 2011, the salary of an employee in a supervisory capacity stood at the equivalent of 63 ounces of gold.1

Measured in gold terms, a clear decline in purchasing power could thus be observed. This is also confirmed by the following chart, which depicts the relationship between average personal incomes and gold in the US. In January 2001, the average purchasing power was at the same level as in 1970. On average one was able to purchase 120 ounces of gold with one’s annual income. Since then, the purchasing power of average incomes is in a downtrend, and currently stands at 38 ounces per year. Measured in gold terms, it can thus be shown that both prices are rising and wages are declining.

US personal income per capita vs. gold ratio 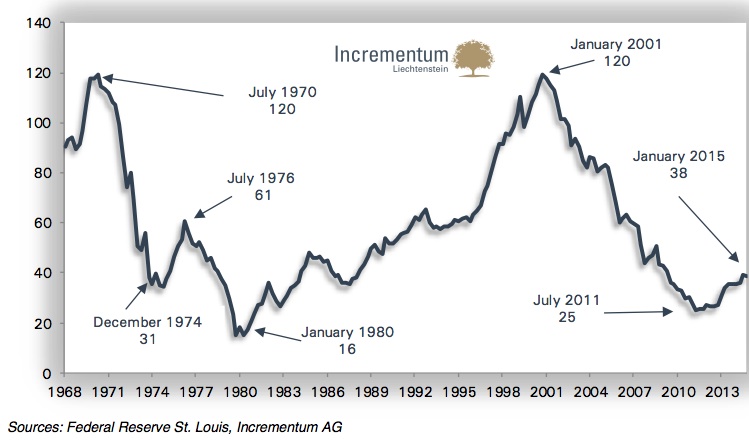 The decisive question of whether gold is currently expensive or cheap, cannot be easily answered. However, a change of perspective delivers – as so often in life – interesting insights. The following chart depicts the purchasing power of one US dollar in milligrams of gold. Thus, we don’t see here that one ounce costs approx. USD 1,200, but that one US dollar costs 26.8 milligrams of gold.

This inversion of the perspective is not only semantic sophistry, but actually opens up a completely different approach to the subject.

How many milligrams of gold can I get for 1 USD? (log scale) 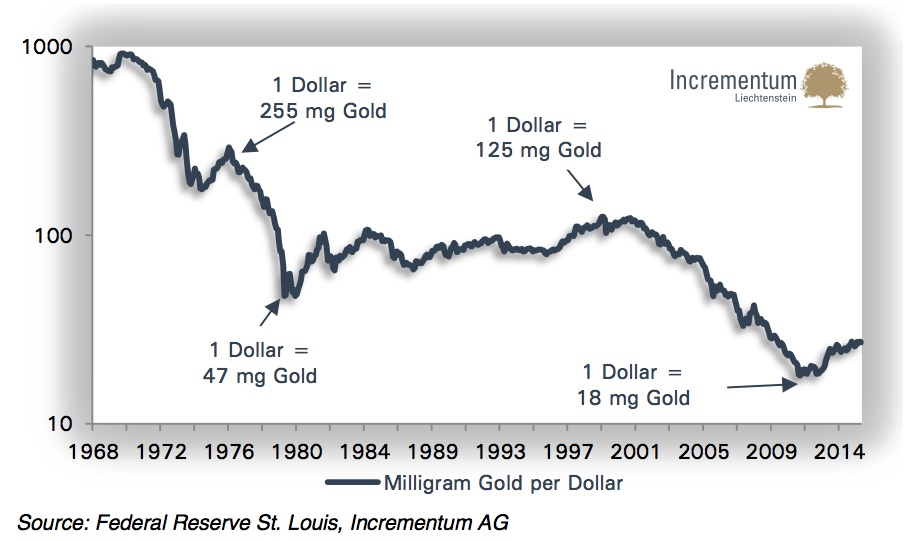 Let us draw a comparison: if you were sitting in a rowboat in stormy seas, would you say that the lighthouse is moving from side to side and up and down? Or would you employ a rubber band as a tape measure? Certainly not, and for good reasons, as the lighthouse and steel are stable, and waves and rubber bands are not. The relationship between gold and paper currencies is roughly analogous.2

1 See: „Measured In Gold, The Story Of American Wages Is An Ugly One”, Dr. Keith Weiner, Forbes

***ALSO JUST RELEASED: Bill Fleckenstein On The Wild Trading Day In Global Markets And Why The Stock Market Rout Is Set To Continue CLICK HERE.