In case anyone was wondering what the Chinese government is thinking, they are clearly worried about global economic collapse…

“Since China has entered the critical period of economic transformation, it is time to raise financial security and demonstrate a better understanding of the interplay between finance and the real economy.  If the 1997 Asian financial crisis and the 2008 subprime mortgage crisis are anything to go by, then the next cataclysm will come as a result of inadequate risk prevention, swiftly followed by universal economic collapse and resultant woes.”

“That Almost Brought Down The World”
So China is now focused on their financial system in order to prevent what could be an absolute catastrophe.  And if you read between the lines, they are blaming the U.S. for these catastrophes.  When they talk about 1997, they are talking about the failure of Long Term Capital Management (LTCM).  That almost brought down the world.  That’s the…To continuing listening to the powerful KWN audio interview with Dr. Stephen Leeb CLICK HERE OR ON THE IMAGE BELOW. 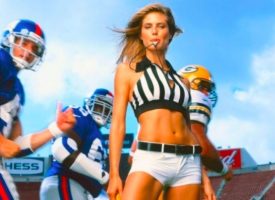 FIRST TIME IN HISTORY: Gold Has Never Done This In History, Until Today! Penalty Box, Plus Gold vs Gold ETFs, And Gold & Silver FOMO