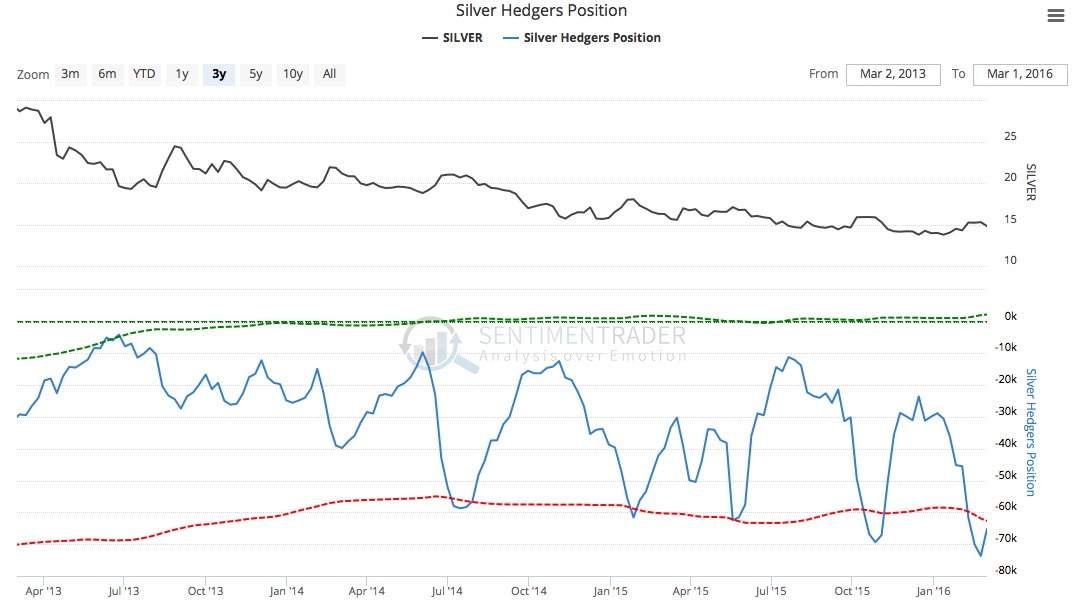 The commercial shorts remain at a level (real-time) that raises serious concern.  In fact, the commercials are still close to one of their largest short positions in history.  The last time the commercials held this large of a short position in silver was in 2008.  Again, that does not mean that the price of silver cannot head significantly higher in the short-term.

King World News note:  Below you can see the commercial hedgers position in the gold market.  Note that commercial hedgers have been adding a bit to their short positions on the recent surge in the price of gold (see multi-year chart below). 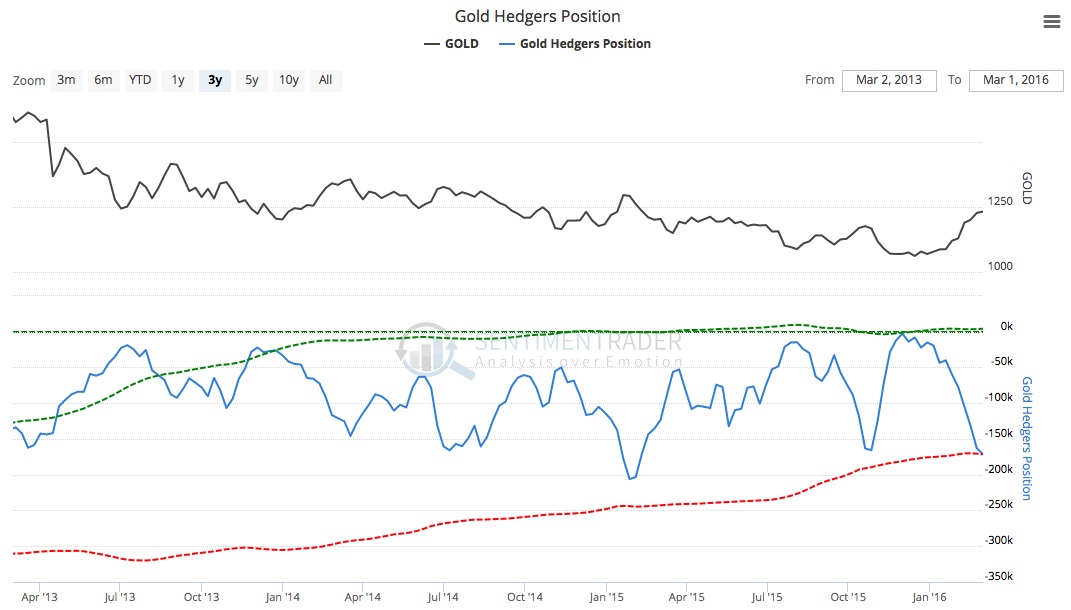 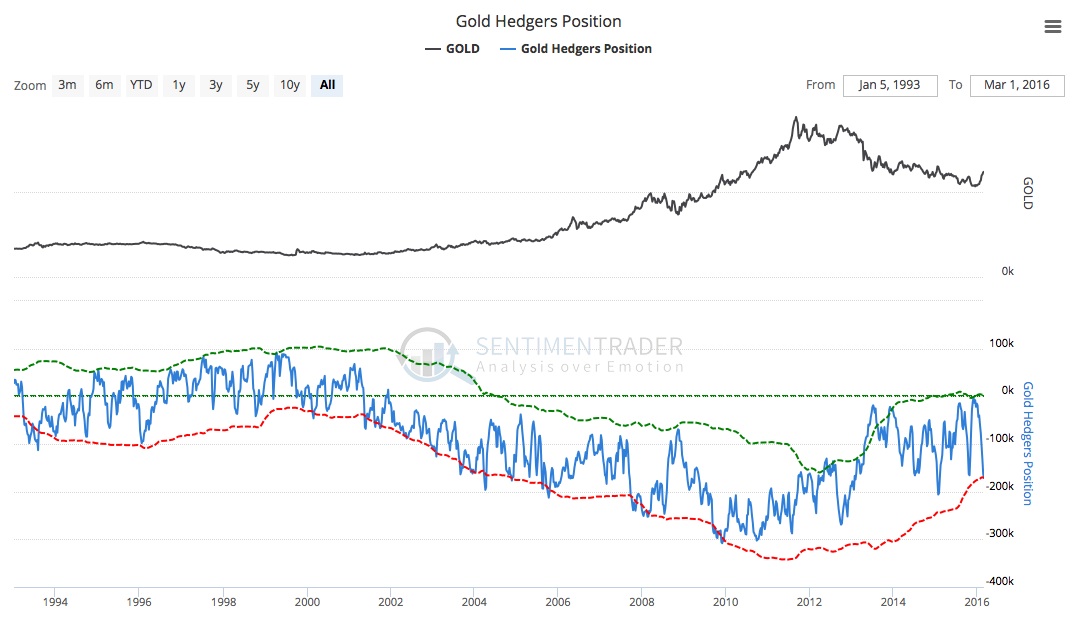