On the heels of a wild day of trading, we haven’t seen extremes like this in 15 years.

EXTREMES: Overboard on options
November 30 (King World News) – This is a small portion of a timely report from Jason Goepfert at SentimenTrader:  Ever since options speculation reached euphoric spasm in late August through early September, we’ve been closely watching this behavior.

It ebbed a bit in September as many of the call options lost all their value. It has been returning in recent weeks and the holiday-shortened upside bias led to more of the same…

The smallest of traders spent more than 50% of their volume last week buying speculative call options. That has been exceeded by only a few weeks in recent months (and hadn’t been exceeded by any week since the year 2000). 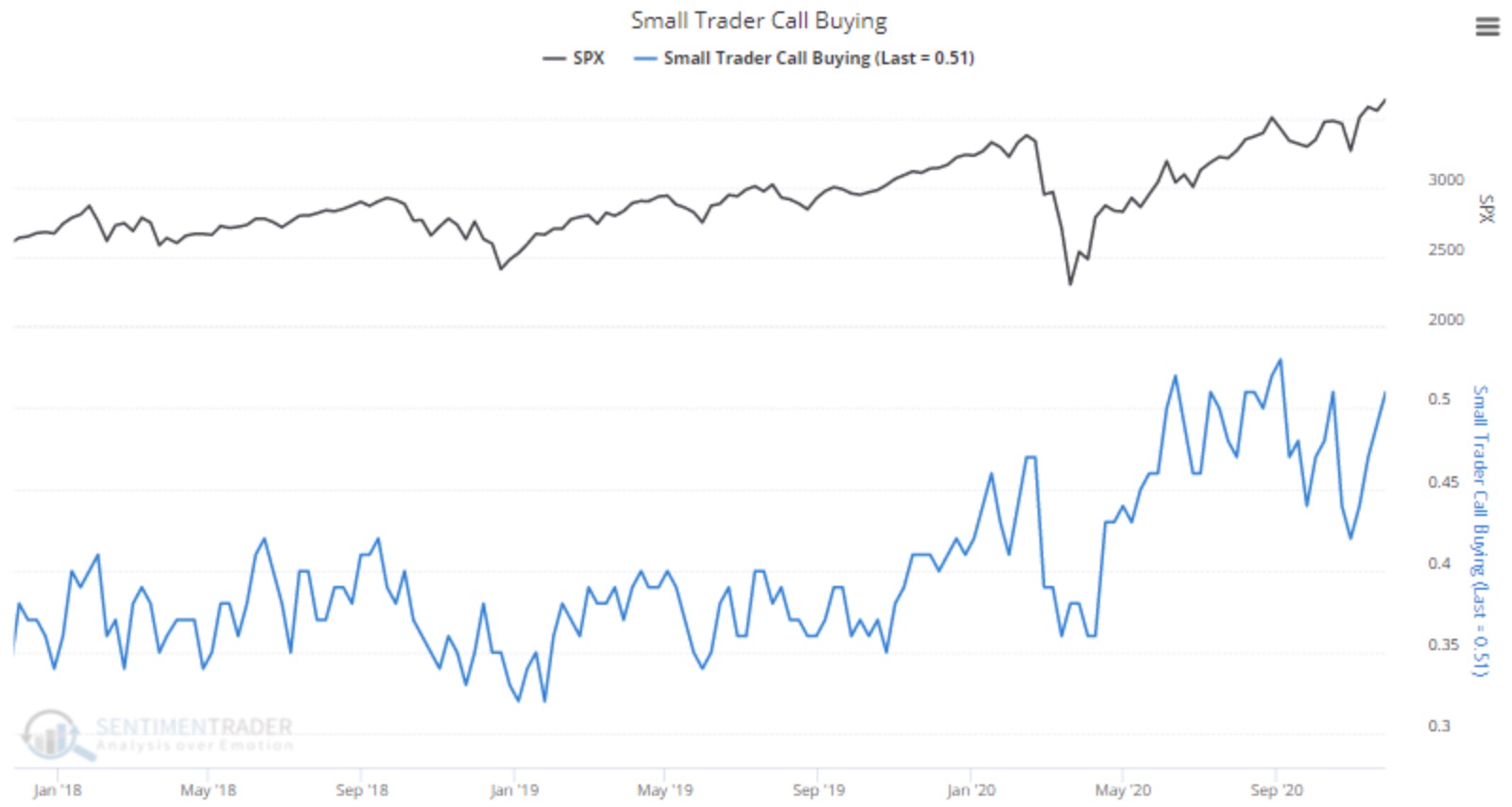 A change from recent weeks is that they also pulled back heavily on buying protective put options. Put buying made up only 16% of the volume among these traders, among the lowest in a decade. 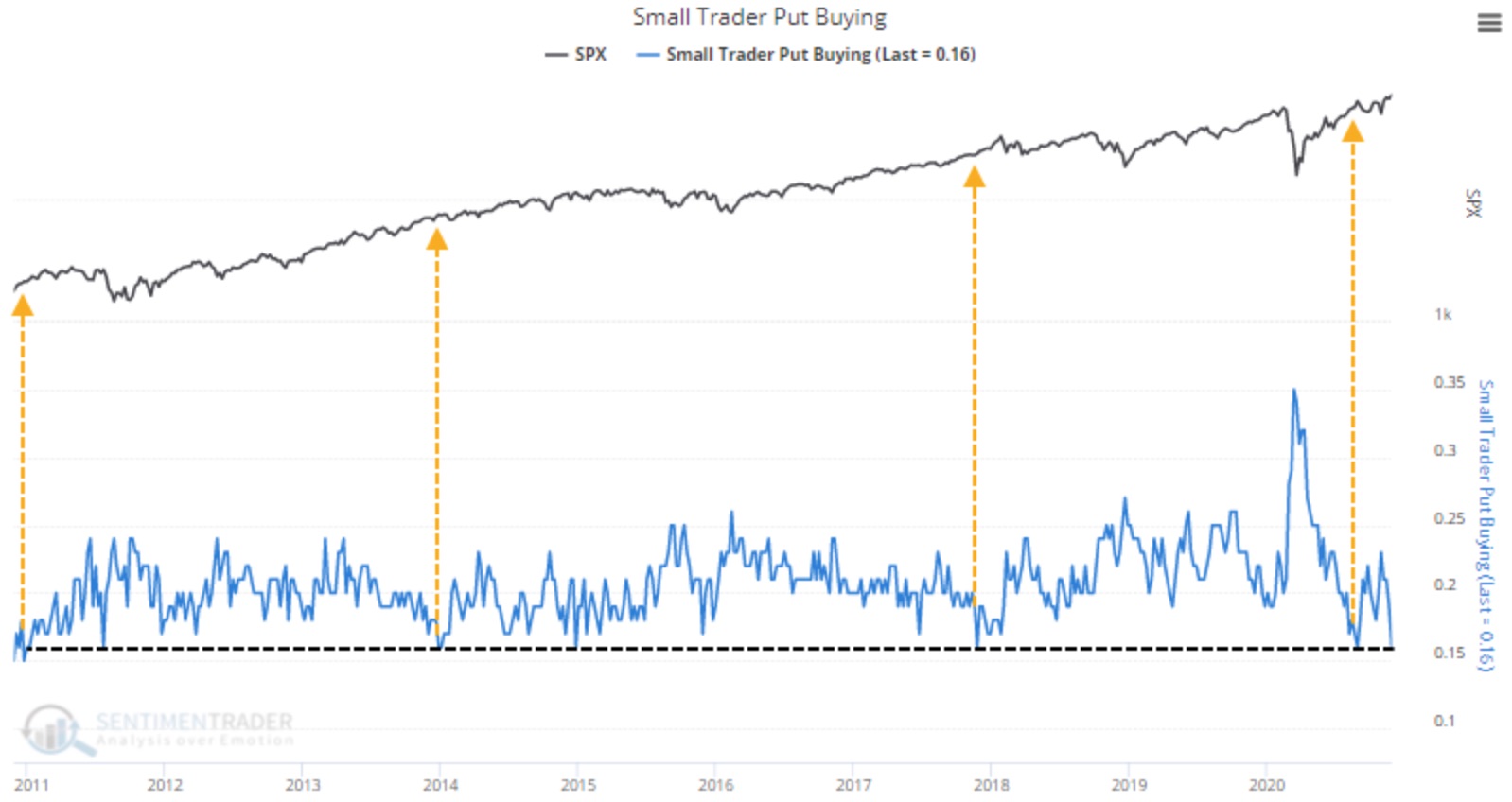 Because traders bought so many calls and were willing to pay up for them, the Small Trader Put/Call Premium ratio plunged to one of the lowest levels on record. The Backtest Engine shows poor returns after similarly low readings. 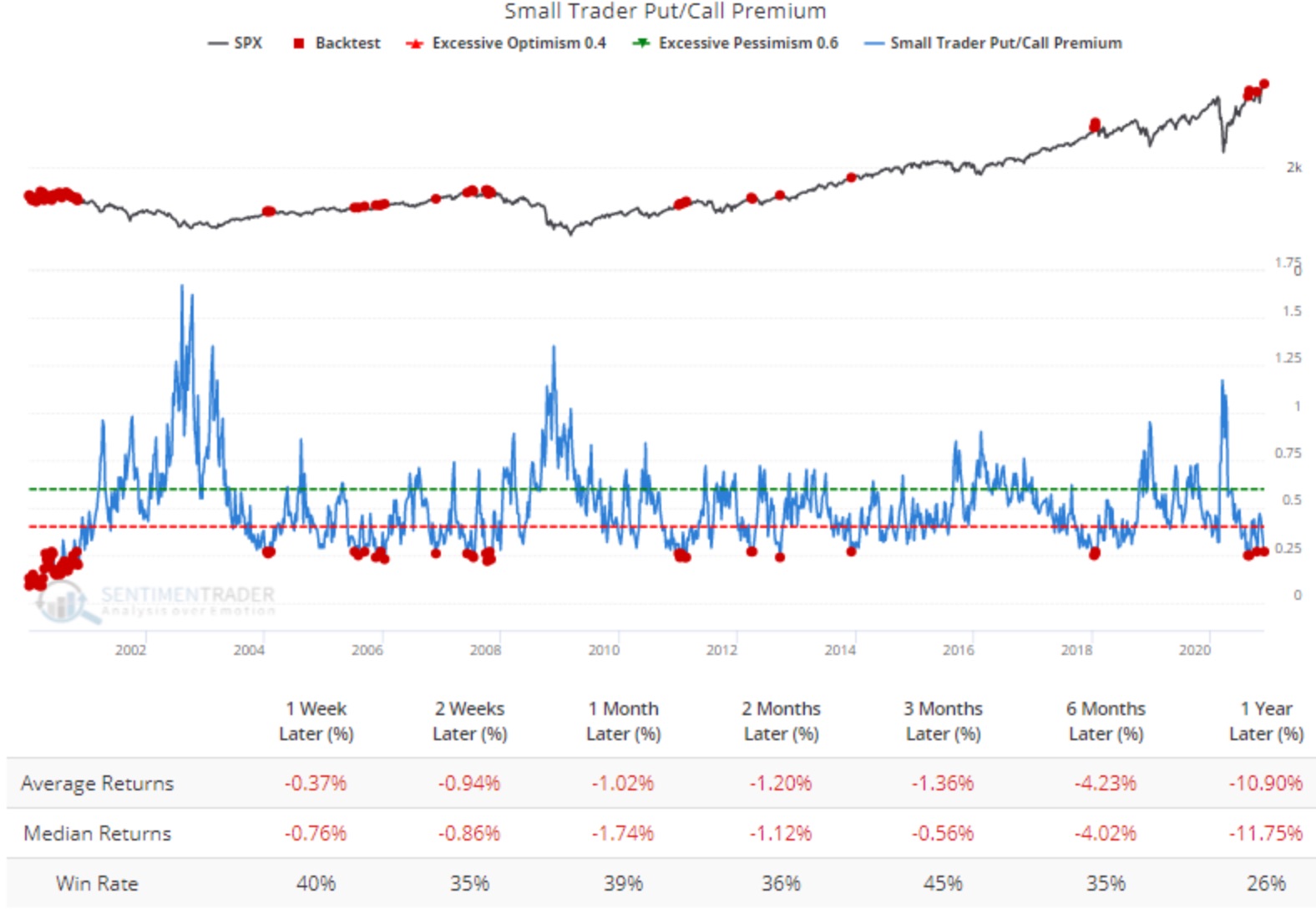 Remarkably, out of 75 weeks that showed this low of a ratio, 74 of them saw a negative return in the S&P 500 at some point in the weeks and months ahead. Only a reading in early January 2011 witnessed the S&P rise uninterrupted going forward, and even that was just barely.

It’s not just the smallest of traders feeling their speculative juices, either. The largest of traders, those trading 50 contracts or more, also joined the party. 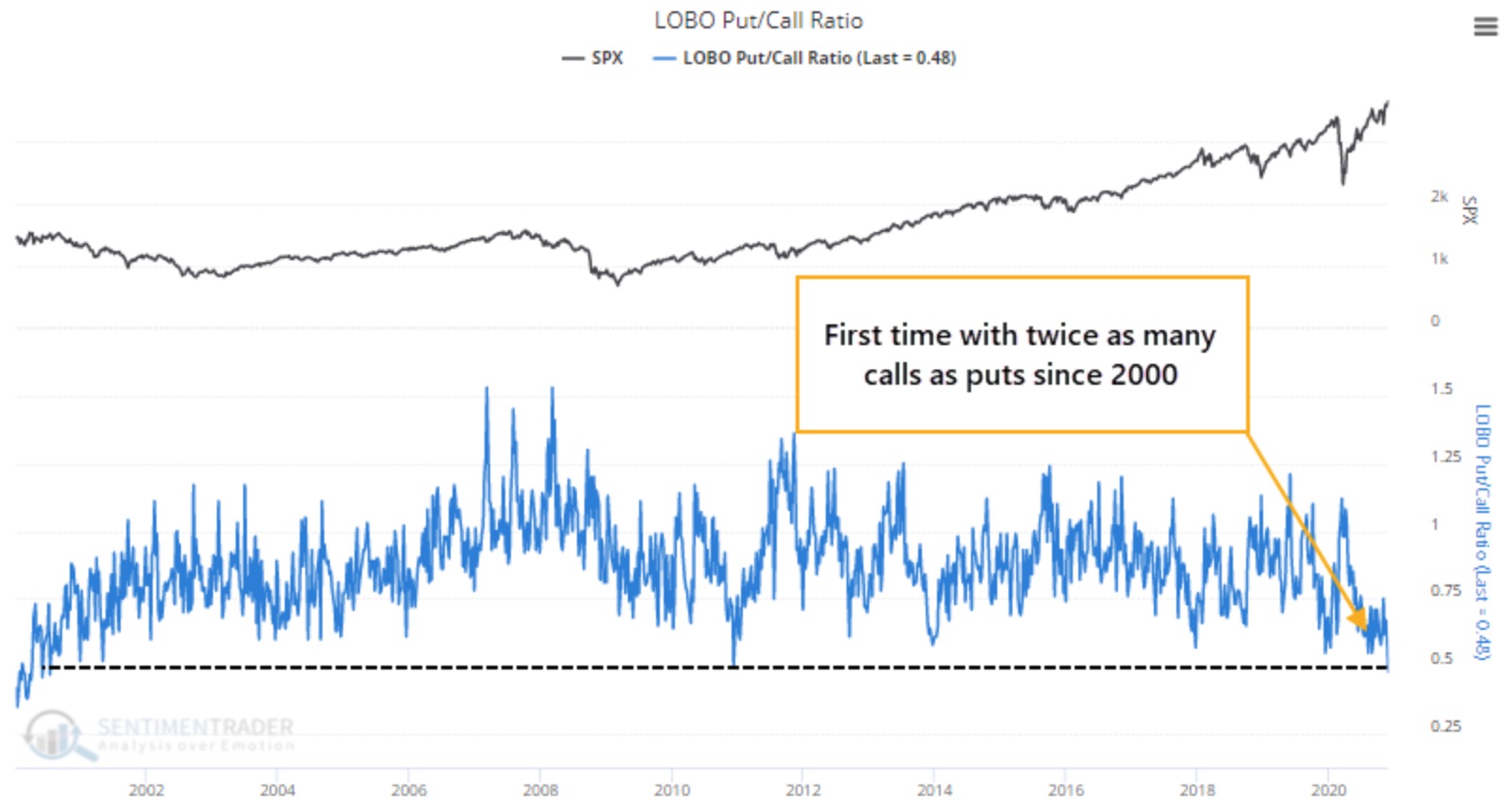 Last week, they bought twice as many call options as put options – the first time since 2000 they’ve done so.

The most extremes in 15 years
Options activity is but one of the many extremes that our indicators are showing. So many, in fact, that an average of more than 55% of the core indicators have been in extreme territory over the past week, the most in 15 years. To subscribe to the internationally acclaimed work that Jason Goepfert produces at SentimenTrader CLICK HERE.