With the price of gold and silver surging, today one of the greats in the business discussed everything from commodities to housing, stocks, Europe and blocked mergers.

Peter Boockvar:  “Investors Intelligence said Bulls fell 1 pt to 39.2, the lowest since early March and most of that 1 pt went to the Correction side which rose to 39.2, the highest in 7 months from 38.1. Bears were basically unchanged at 21.6 vs 21.7 last week and the bull/bear spread of 17.6 still remains wide. Therefore the belief is that any pullback from here is to bought. Bears again have been beaten up even though it was May 2015 the last time the market made a new high.

I remain of the belief that the 2nd longest bull market of all time is running on fumes with excessive valuations that are being priced off an epic global bond bubble, falling profit margins and earnings, weak global growth and monetary policy that has hit a wall. As to what is moving stocks on a daily basis recently, the reasons change every day. The WSJ said today “Stocks climb as oil prices bounce back.” The $1.22 rally in crude yesterday followed Monday’s $1.22 selloff on a day the SPX was flat. As my friend Dougie says, the market has no memory day to day.

Mortgage applications were up very slightly w/o/w. Purchase applications gained .4% w/o/w and 14.2% y/o/y and points to a good Spring selling season so far. The index level for purchases this Spring is the highest in the recovery but it will remain very uneven until the price of a home becomes more competitive with renting for the first time household. Refinance applications rose by .5% w/o/w and are higher by 23% y/o/y. With rates this low, what can people possibly be waiting for if one hasn’t refinanced yet.

On the US economy, we can spend all day debating its direction, the factors influencing it and so forth but if a finger is not pointed to the policies of our US government then the debate is not being honest. That the FTC is blocking the Staples/Office Depot merger on fears that the price of paper, ink supplies, post it notes, paper clips, etc… will go up for both consumers and businesses that buy in bulk reflects a complete lack of appreciation of the ultra competitive retailing landscape and the dynamism of capitalism. I believe Costco, Sam’s Club and Amazon sell the same products, to name a few competitors. Just sayin.

Following the weaker than expected industrial production numbers from Germany, France and Italy yesterday, UK IP was a touch below the forecast as the .3% m/o/m gain was two tenths below expectations, partially offset by a one tenth upward revision in February. Manufacturing was little changed m/o/m and fell 1.9% y/o/y, the biggest decline since May ‘13. The pound is down a touch to a 2 ½ week low. Can we blame the upcoming UK vote for the recent moderation in UK data? Partly.

The yen jump from 120 towards 110 in Q1 was quickly felt by Toyota Motor in their earnings report today. The Toyota President addressed it by saying: “We have benefited from an exchange rate tailwind that has helped raise our earnings above the level of our true capabilities. Although this has enabled us to take on new challenges, that set of circumstances is likely to change for the worse this year.” 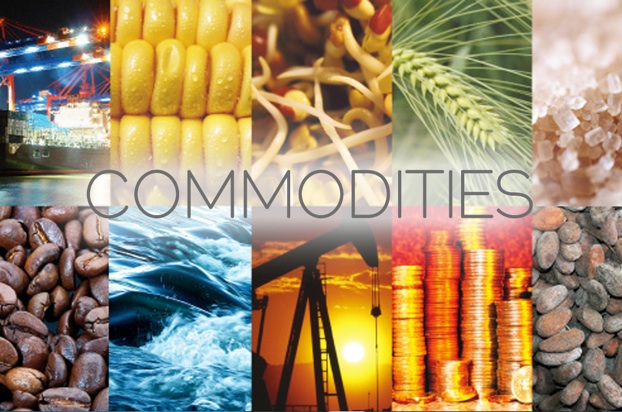 What About Commodity Prices?
On the debate over the direction of commodity prices, we have a CEO difference opinion at least in the industrial metals space: Glencore CEO today said “Structural deficits are returning, led by zinc. Supply challenges for copper and zinc remain due to resource quality and scarcity at current prices.” Yesterday in a metals conference in Miami, the CEO of BHP said “Markets remain oversupplied, sentiment cautious and we expect a period of prolonged lower commodity prices and volatility.” I believe it will be the Chinese supply side that will likely be the determining factor over the coming year or two as to where metals prices go. Is China serious about carrying on with the ‘supply side’ reforms or is it just talk?”

***Also just released Legend Rob Arnott On The Evisceration Of The Middle Class Plus Bill Fleckenstein On Gold CLICK HERE.

Navigating The Future Will Be The Difference Between Misery And Fortune