Here is an important piece as we celebrate the 10th anniversary of the crash low in 2009.

Morning Track – “Happy Anniversary”
March 7 (King World News) – Today’s note from Jeff Saut, Chief Investment Strategist at Raymond James:  It was ten years ago yesterday that the S&P500 bottomed with an intraday low of 666 and we, as a firm, were bullish. It had been 16 months since the Dow Theory “sell signal” of November 21, 2007 and participants were shell-shocked. It had been a bone crushing decline that saw the S&P500shed~56%from its October 2007 high. Since then I have been running with the bulls. Have I rebalanced portfolios; yes. Have I raised cash; yes. Have I layered in some downside hedges when the equity markets appeared vulnerable; you bet…

1949-1966 Secular Bull Market
However, it has always been within the construct of a secular bull market that has years left to run. Indeed, secular bull markets tend to last 15 – 20 years. Certainly there are pullbacks, but those pullbacks are for buying. Take the 1949 – 1966 secular bull market. In the 1962 “steel crisis,” when the steel companies raised prices and President Kennedy made them put prices back down, the D-J Industrials didn’t like it and lost some 30% in a relatively short period of time. But, the bull markets went on for another four years.

The same can be said about the 1982 – 2000 secular bull market. It did not end with the 1987 crash like many participants thought. It would go on for another 13 years. Obviously, I do not buy the argument that a 20%+ rally is a bull market and a 20%+ decline is a bear market. They may be “tactical” (short term) bull and bear markets, but they are NOT secular bull or bear markets.

I revisit these points this morning after someone sent me an article titled, “Here’s why the recent stock market gains could be just a bear market rally.” Ladies and gents, as long as you see headlines like this, the secular bull market lives! Yesterday, however, stocks sunk, but one or two fluky sessions is a non-event. I continue to think what we are currently in an upside consolidation that will eventually be resolved with a move above the 2800 – 2830 overhead resistance zone basis the S&P 500 (SPX/2771.45) in a move to new all-time highs. Whether that happens in a week, or in a month, does not really matter. As Mr. Partridge (Old Turkey) use to say, in the book Reminiscences of a Stock Operator (the trading habits of Jesse “the boy plunger” Livermore), “It’s a bull market you know!”

That said, selling pressure intensified yesterday with Downside Volume coming in at ~85% of total Upside to Downside volume. Such metrics imply there may be some more downside attempts, but I do not think they will gather much downside traction, providing there is not some black swan type of news. Meanwhile, despite the negative press, Chinese markets look to be into another bull market (see chart below).

Chinese Stock Market Is On A Tear! 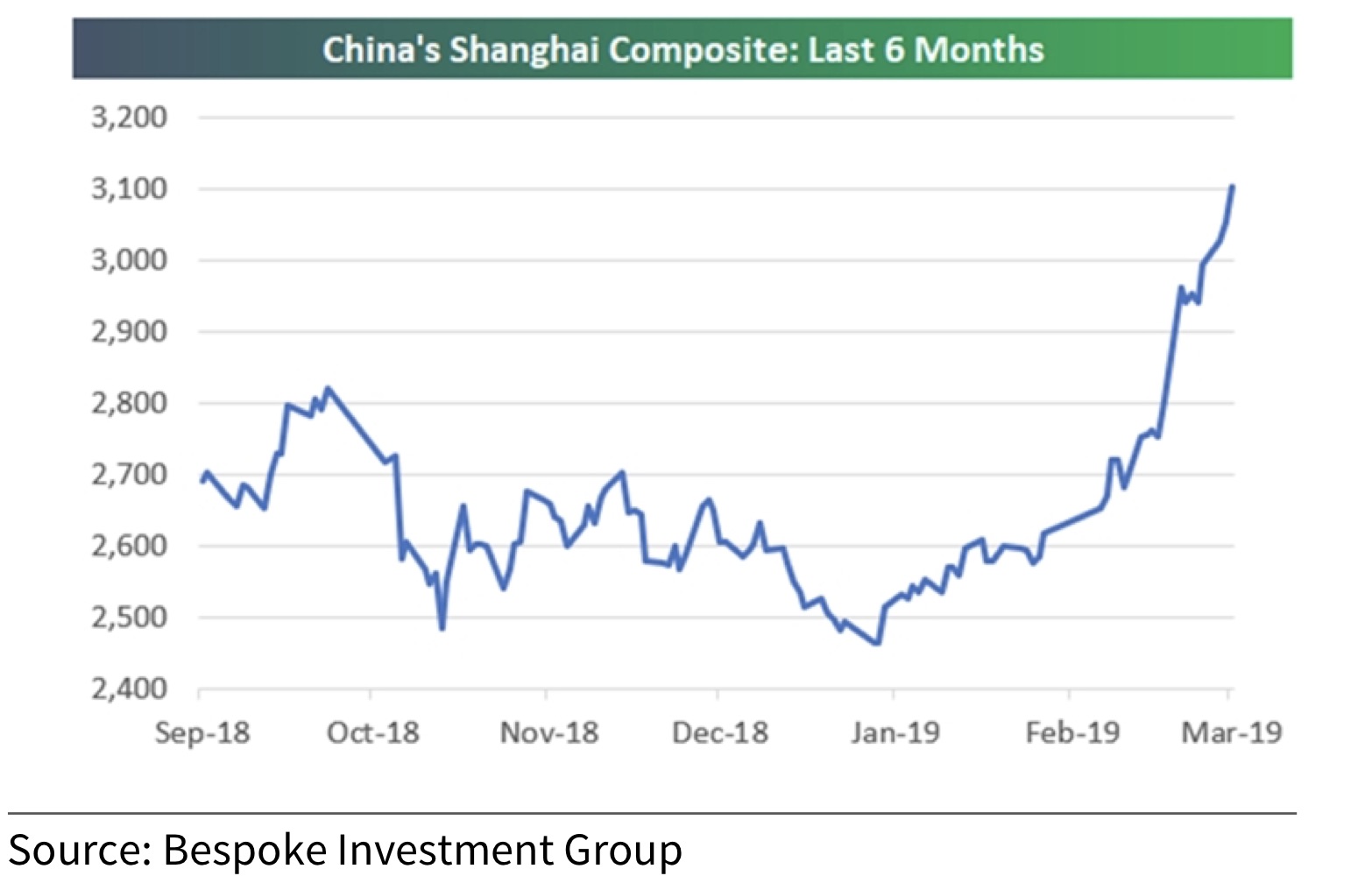 ***KWN has released the powerful KWN audio interview with Dr. Stephen Leeb and you can listen to it by CLICKING HERE OR ON THE IMAGE BELOW.

The Greatest Disconnect, Plus Expect Even More Physical Gold Demand