We should see similar upside explosion in gold as bullion bank troubles continue.

Gold
August 20 (King World News) – Otavio Costa:  Gold seems to be stuck on a range since its breakout to new highs last year. We saw something similar back in mid-2000s that preceded a major runup in price. Long-term consolidations tend to result in powerful moves to the upside. I believe we are in a similar position today. 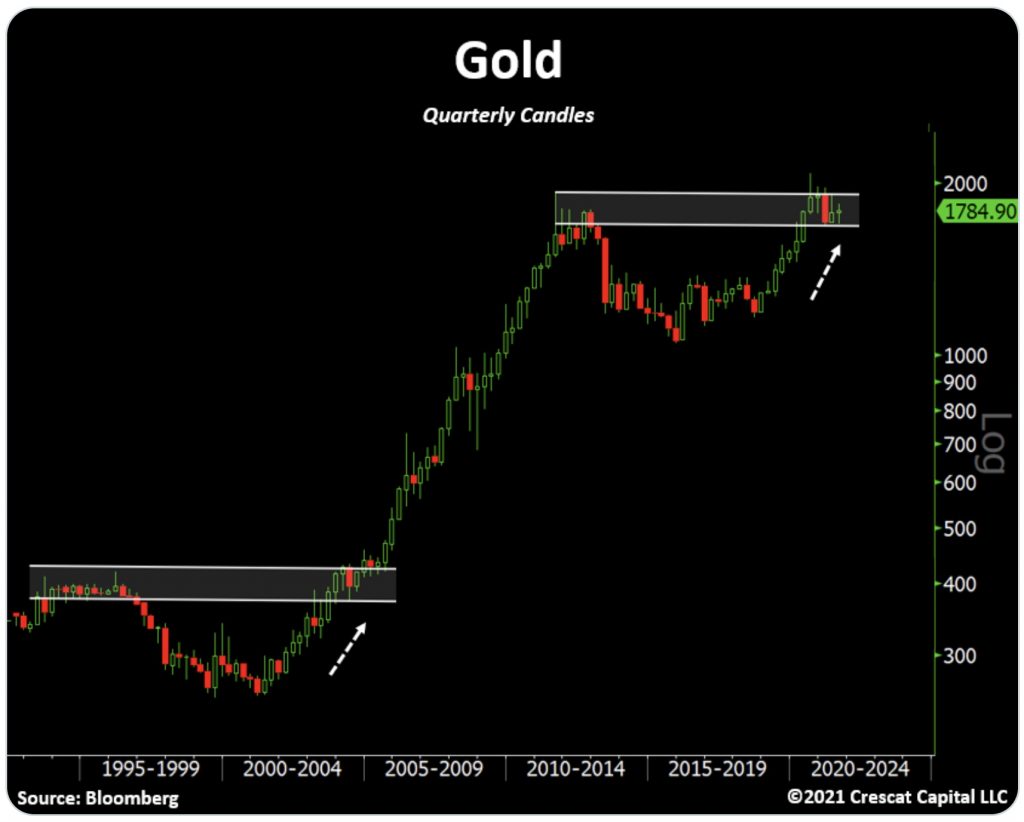 They were whipsawed by the Swaps. But the Swaps haven’t succeeded in getting their bears back, because their shorts increased by 14,154 contracts. They are now worse off than they were before the hit on the Sunday night two weeks ago, as our next chart shows. 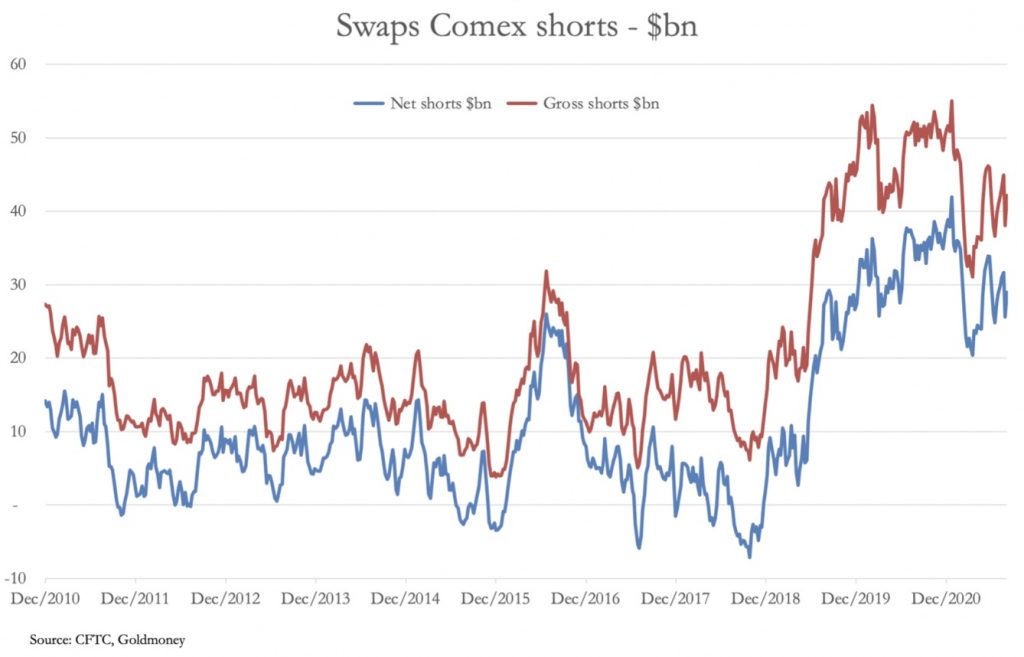 Producers/Merchants are still only 22% of the non-spec short side, which means that the Swaps are still shouldering the bulk of the short position at a time when the bullion banks among them will be planning to reduce their overall exposure to comply with Basel 3…

The failure of the Swaps’ tactics to reduce their net shorts suggests to me that the bullion banks will not try another bear raid. They will be praying that a stronger dollar, shown by the Trade Weighted Index rising, will persuade hedge funds to sell gold/buy dollars. This is our next chart. 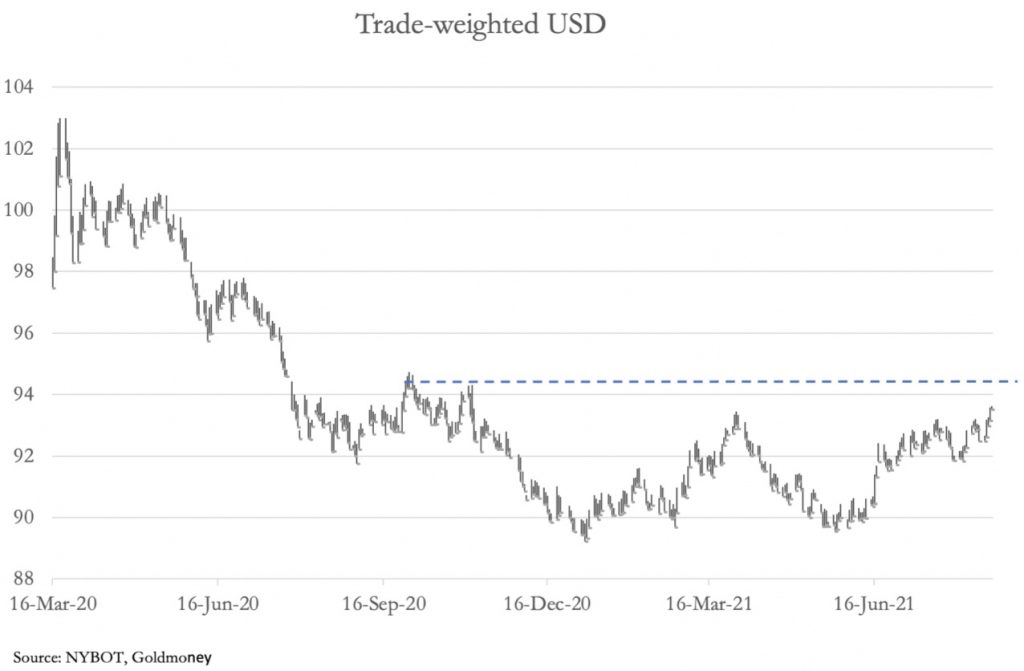 The dollar has been strengthening in recent weeks. But a run up to the 94 level on the TWI is unlikely to be enough to let the bullion banks reduce their shorts materially. Their real problem is that on the dips, central banks, Indians, and the Chinese are buyers of the physical. And with the US economy stalling, there are a lot of foreign owned dollars poised at the floodgates.

It is not a good time for the fiasco in Afghanistan to advertise how weak US foreign policy is, and that the world can no longer rely on American peace-keeping (!) and therefore the dollar.

Rip Roaring Recovery Plus A Few Other Big Surprises