We just witnessed something not seen since the 2008 collapse.

January 7 (King World News) – Jason Goepfert at SentimenTrader:  Early-bird traders have shown some sense of panic.  U.S. stocks have opened more than 1.5% below the previous close on three out of the past four sessions, a rarely-seen level of pre-market concern only seen when traders are fearful of a broken market structure or global financial crisis. 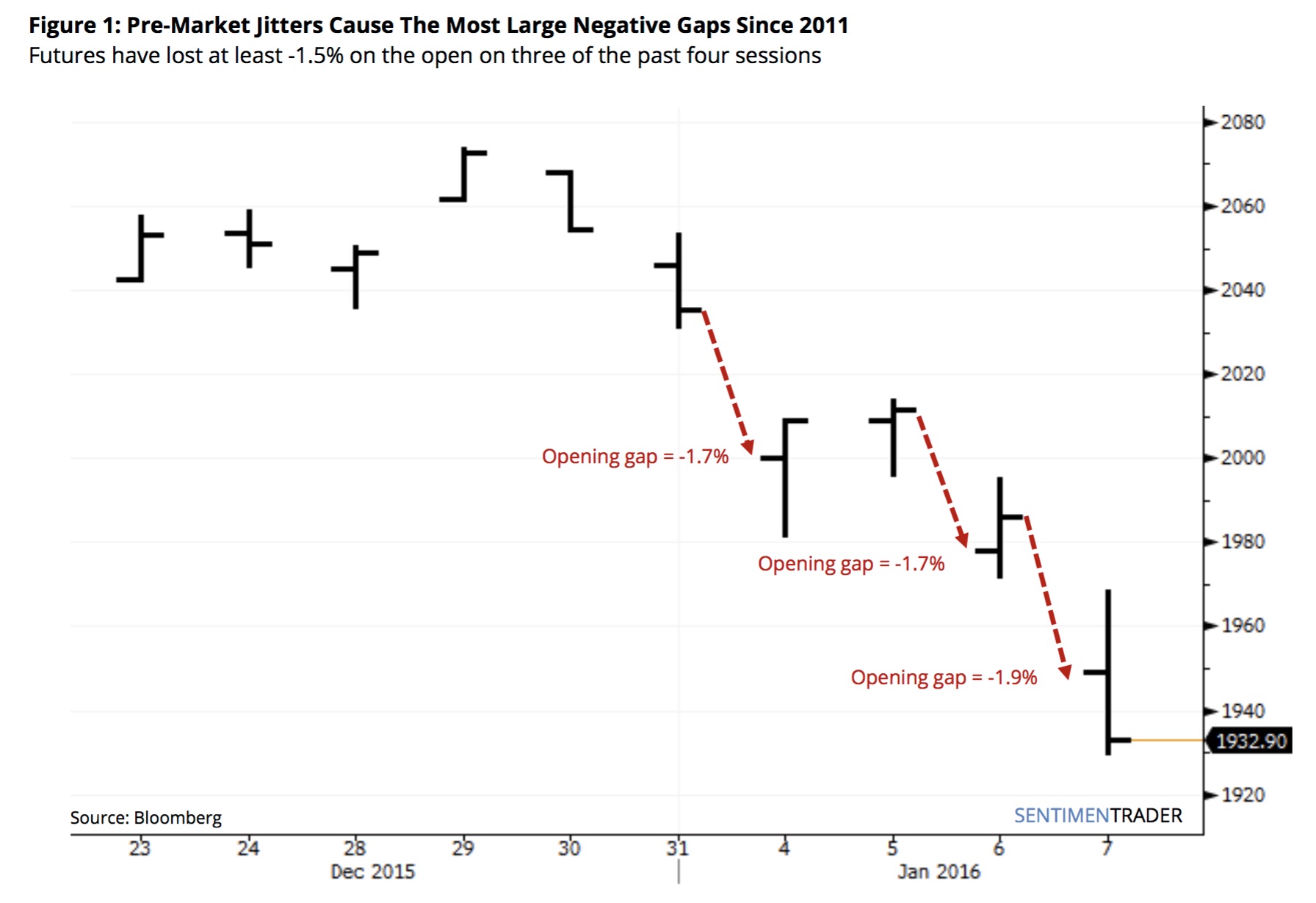 Even during the depths of a bear market, though, consecutive gaps down like the past two days have recovered enough to close the gaps every time, usually within a week, some comfort for short-term bulls at least.

Selling pressure was overwhelming on Thursday. The Down Pressure reading for the Nasdaq 100 was 98%, meaning that only 2% of points gained or lost in the component stocks were gained, and only 2% of volume went into stocks that advanced on the day. In the past decade, when selling pressure was this lopsided, the Nasdaq 100 was five times more likely to gain 2% than lose 2% over the next week.

There are some unusual circumstances related to the past four days. Never before since the inception of the futures have we seen this kind of pre-market panic when indexes like the S&P 500 were within 10% of a 52-week high. Mostly they occurred well into correction or bear market territory.

Something Not Seen Since The 2008 Collapse
These yawning opening gaps are a notable development, as it shows significant concern among what tend to be the most emotional traders. Over the past four days, the S&P futures have lost 106 points overnight (supposedly the “dumb money”), but gained 5 points during the day (supposedly the “smart money”), something not seen since October 24, 2008. ***Within hours KWN will be releasing an interview with the man who is a top advisor to the most prominent sovereign wealth funds, hedge funds, and institutional funds in the world.

***ALSO JUST RELEASED:  Legend Warns This Has Been A Long Time Coming, There Is No Saving This Market And The Carnage Will Only Get Worse CLICK HERE.