We have just witnessed something that hasn’t been seen in 50 years. 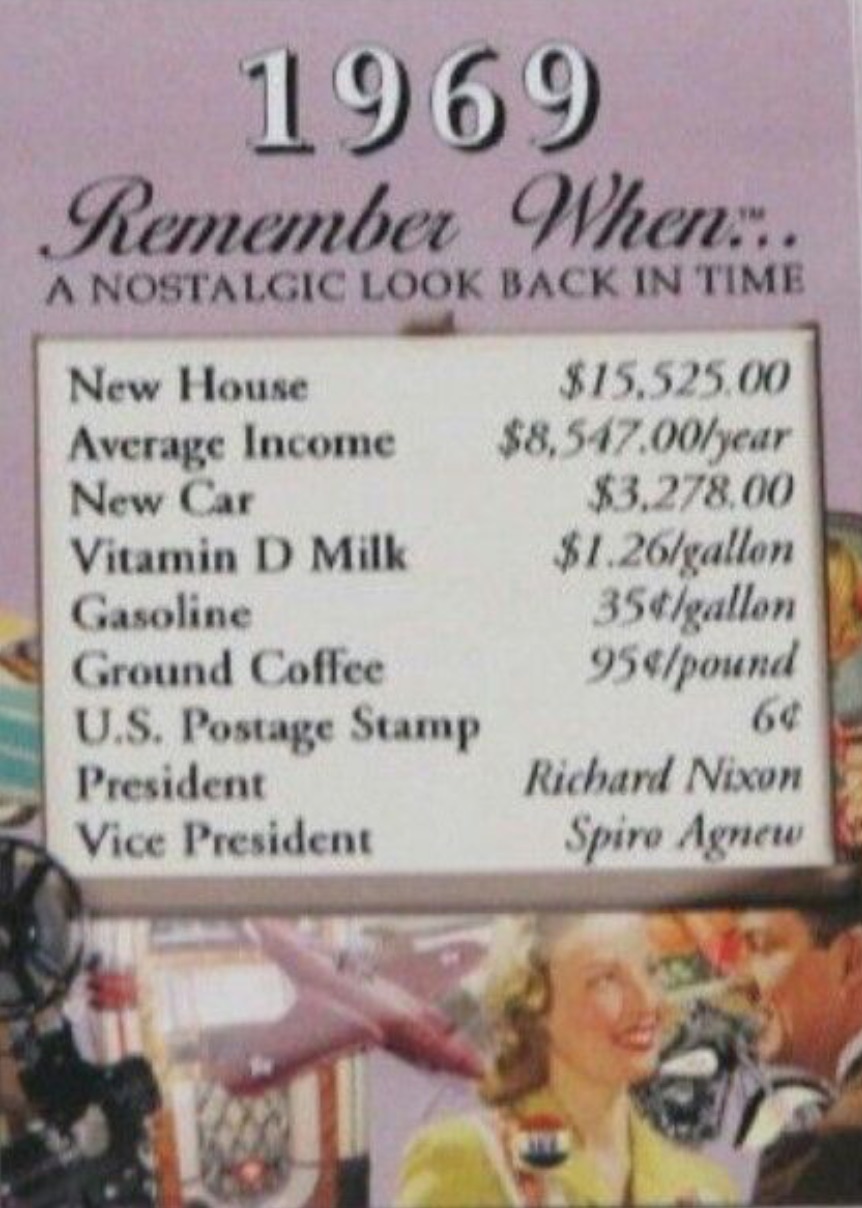 Good ‘Ol 1969
April 11 (King World News) – Here is a portion of what Peter Boockvar wrote today as the world awaits the next round of monetary madness:  Initial jobless claims for the week ended April 6th broke below 200k at 196k. That was 14k below the forecast and down from 204k last week (revised from 202k). That’s the lowest print since I was born. This brings the 4 week average down to 207k from 214k and that is also the lowest since 1969. Continuing claims, delayed by a week, fell to the lowest since January. Bottom line, in a tight labor market employers continue to hold tight on to what they have (see chart below). 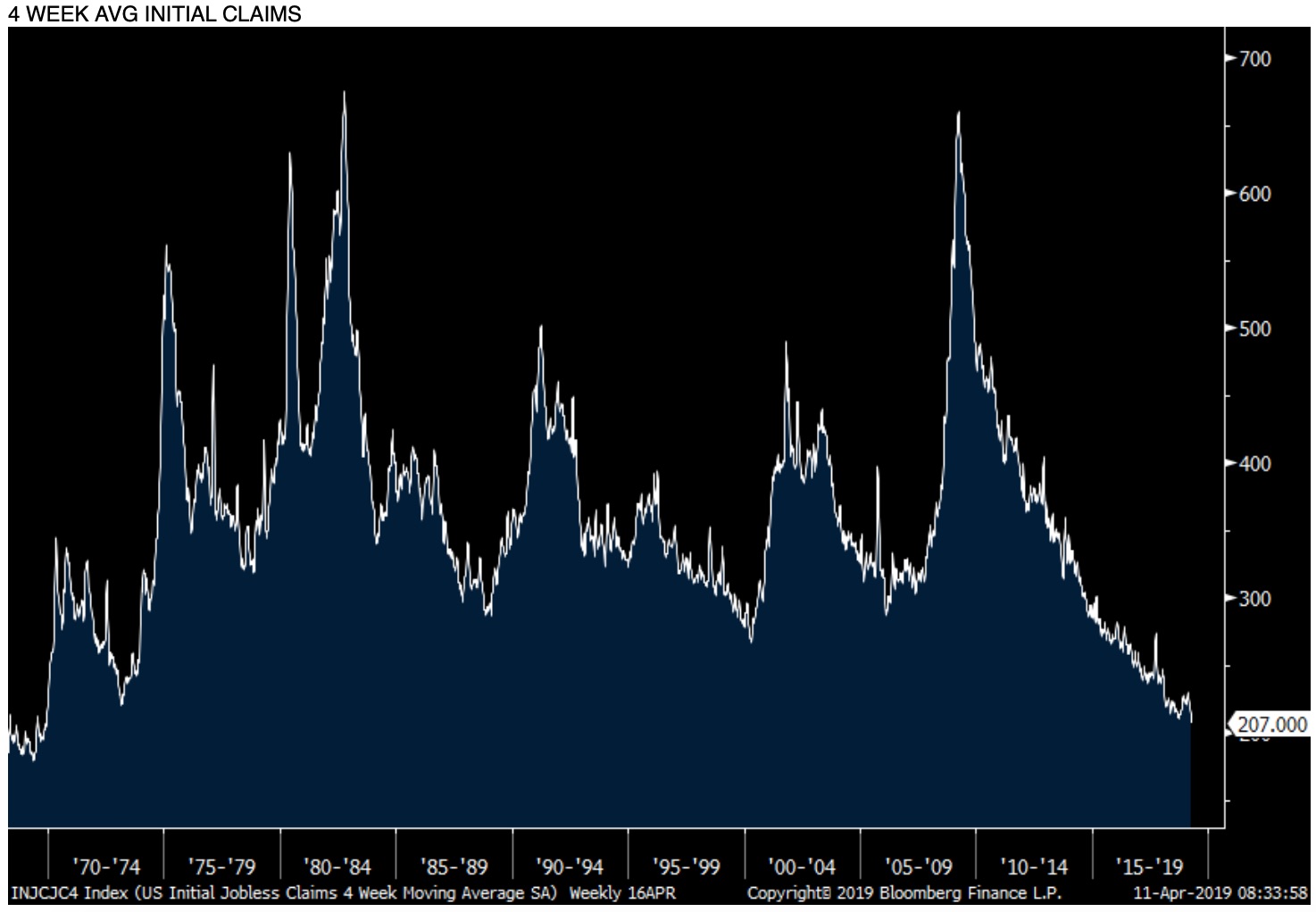 The March PPI jumped .6% m/o/m, double the estimate and which brought the y/o/y gain to 2.2% from 1.9%. An almost 6% spike in energy prices was the main reason for the upside. Ex food and energy, prices rose .3% m/o/m which was one tenth more than forecasted and brings the y/o/y gain to 2.4% from 2.5%. This is now 20 months in a row of core PPI above 2% but many, including the Fed, can’t find any inflation.

Truck transportation costs, a pressure point for a while, are easing as they fell for a 2nd month in March and the y/o/y increase slowed to ‘only’ 4.6%. Higher steel, aluminum and washing machine tariffs continues to lift prices for ‘major household appliances’ as they leaped by 6.8% m/o/m and 11% y/o/y. Auto/parts prices jumped m/o/m by almost 2% but are down 2.2% y/o/y. Healthcare costs were mixed with physician care up by .2% m/o/m and .7% y/o/y but nursing costs, both hospital inpatient and nursing home care were up by 3%+.

Bottom line, inflation is certainly not a problem and gives license to the Fed to be ‘patient’ but PPI prints like today still show that it’s not ‘dead’ as some say. Plenty of companies are still talking about price pressures which 20 months in a row of above 2% core prints reflect and profit margins suffer if they can’t be passed thru.

Separately, let’s scrap the 2% inflation target to avoid the hemming and hawing on the part of the Fed if inflation is 1.8% for example instead of 2% (if one looks at only PCE and not CPI, silly). While I think the obsession with higher inflation is detrimental, as long as the Fed is intent on generating it, have a range of 1-2%.

Overnight And Overseas – The EU delayed the Brexit deadline to Halloween, a date that somehow seems apt. The lengthy extension may mean the U.K. will have to participate in European Parliamentary election next month. That will likely not sit well with British voters. It may also lead to PM May’s replacement.

The extension appears to have had little impact on markets, which are generally mixed.

In Europe, London is basically flat. Paris is up moderately, while Frankfurt is close to unchanged.

Among other assets, Bitcoin is lower, trading just under $5100. Gold is also softer, trading near $1300. Crude is down on U.S. production. The euro is flat against the dollar and yields are a tick higher.

Consensus – So far virtually no reaction to the Brexit extension. We expect that to change as political jockeying begins in the UK.

Earnings seasons starts tomorrow, led by the banks. History hints that financials tend to be a bit softer in the days before earnings. We’ll see.

A variety of Fed speakers are due but few expect any market-moving commentary. Stick with the drill – stay wary, alert and very, very nimble.

***Also just released: What Is Really Happening In The Gold Market Is Quite Stunning CLICK HERE TO READ.