On the heels of today’s reversal, which featured some wild trading, we haven’t seen this in 35 years.

Today’s Reversal
By Bill Fleckenstein President Of Fleckenstein Capital
February 21 (King World News) – The market was led higher by the Nasdaq, which gained 1% through midday, with the Dow and S&P lagging somewhat. In the afternoon the market pushed a little higher initially but sold off in the last hour (as did many “outside markets,” which I suspect will get blamed on the FOMC minutes, but that wasn’t what it looked like in real time). By day’s end the market was in the red, as you can see in the box scores. Today’s reversal could indicate an important failed rally, but we will (most likely) need to see more weakness soon to confirm that is the case…

Away from stocks, green paper was stronger, fixed income was lower, especially the long end (fixed income is likely to stay under pressure until stocks break), and gold fell 0.2% while silver gained a few pennies.

Algo MO: Output First, Input Second
Last night New Gold, Pan American, and Kirkland Lake all reported, and all of them had results that were in line to better than expected, particularly in the case of Kirkland Lake, which was one of the few miners that announced good news and saw its stock price appreciate. New Gold’s results were in line to better and the stock price managed to trade flat.

Pan American was immediately hammered, I suppose because some computers “analyzed” the data that earnings per share were a little less than expected. However, given that was essentially the result of a noncash tax charge, it didn’t mean anything, and all the important numbers had already been released. Thus, the pattern seems to continue where computers sell first and ask questions later.

Not Good Enough!
At the risk of belaboring the obvious, I don’t believe in my 35 years in the business that I have ever seen a group that was as hated as passionately as the miners are today. I have thought back to periods where different industries were out of favor, but I don’t recall seeing anything quite like this where, even while the overall stock market is not embroiled in a bear market, one group gets sold over and over again on news that was expected and sometimes better than expected, and all the dead fish are afraid of their own shadows (meanwhile the quality and usefulness of the questions they ask are really poor).

When this changes, the revaluation will obviously be quite large. The trickier question is when that will occur. I can’t believe it is too far away, but it has certainly taken a lot longer than I would have guessed already.

Gold Miners
Question: Do you see costs for miners in general rising and/or troublesome for near-term profitability / stock performance? I’m being told by a “smart money” guy that he is shying away from the space due to rising cost environment. Many thanks!

The Paper Gold Market
Question:  Is there any limitation to which downward pressure can be put on gold in the paper market?

Answer from Fleck:  “That isn’t the problem, apathy is. Futures, aka paper gold, can create selling, but sellers are still taking risk. It isn’t a free look.”

***KWN has just released the timely audio interview with Bill Fleckenstein discussing the action in the gold, silver and mining share markets as well as the action in the stock markets and much more and you can listen to it by CLICKING HERE OR ON THE IMAGE BELOW. 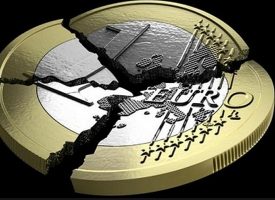