Here is a look at silver is unleashing a major breakout, gold bottom and a rocket ride.

This Should Mark A Major Bottom For Gold 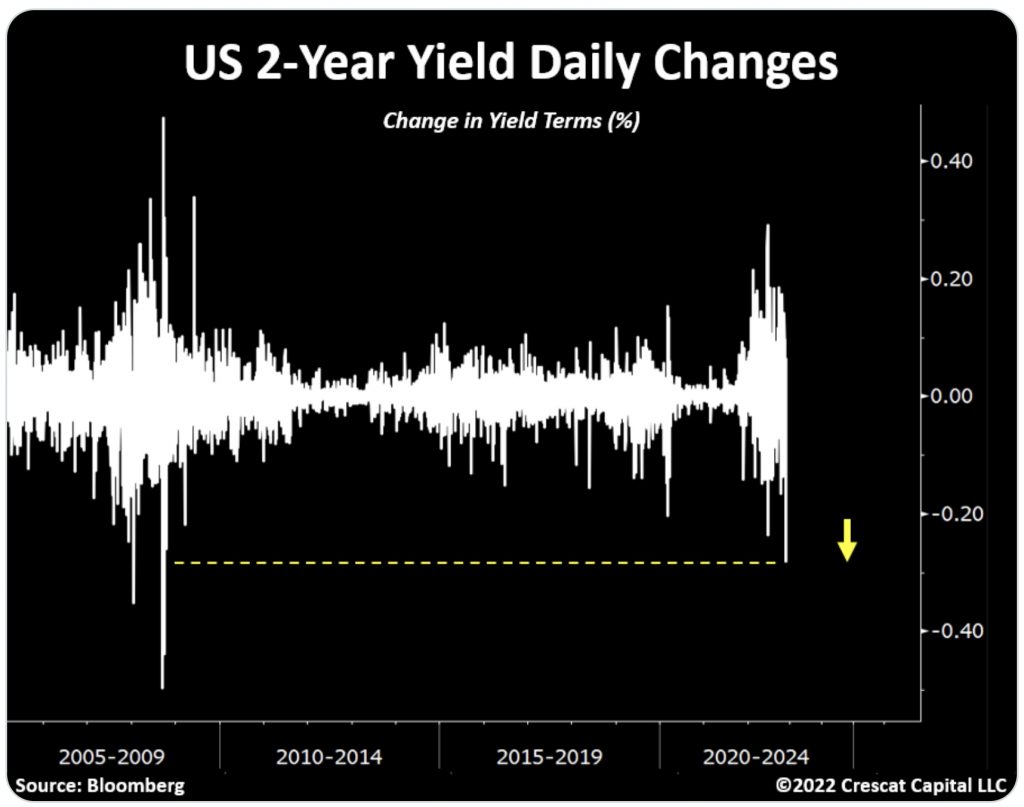 Hi-Ho Silver
Graddhy out of Sweden:  This very important ratio chart had a shakeout, and is now right up against the blue gates again. 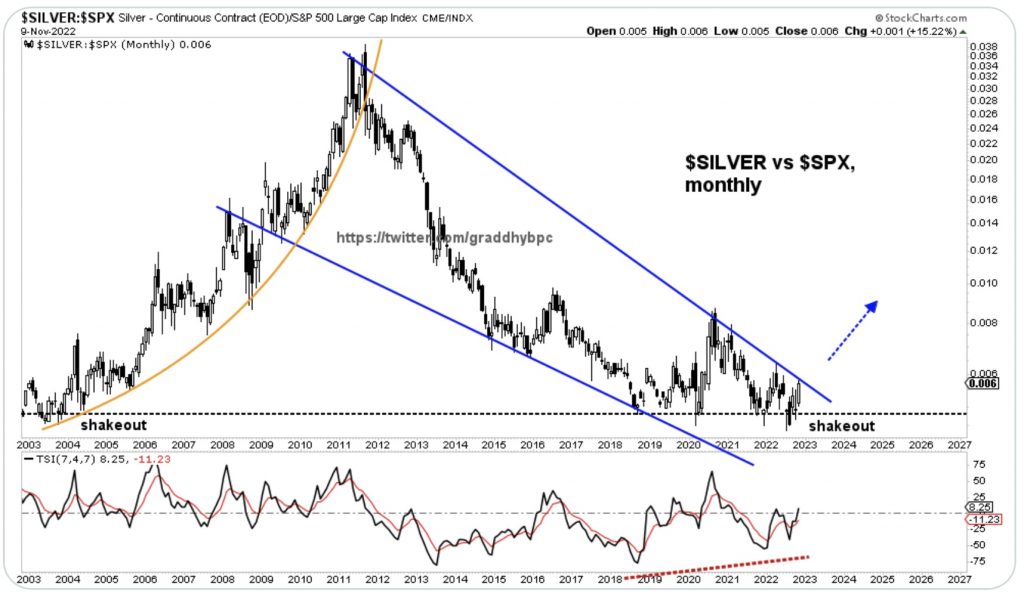 Rocket Ride
Art Cashin, Head of Floor Operations at UBS:  It would be easy to jump to the conclusion that this morning’s rocket ride in equities was simply the reaction of algorithms that were triggered by the softer than expected inflation number and when the algorithms kicked in, they buy instantly and “at the market” with no limit on the order to keep them from having the market run away.

That conclusion, however, of it all being “just” algorithmic trading, does not necessarily hold up.  If it were true, you should have seen a bit more of a pullback since then, as when the algorithms exhausted, it would be a vacuum beneath the market.

Secondarily, the spectacular moves in bond yields, virtually unheard of, do not bear out that algorithmic guessing.  Sure they play a role in bond trading, but it is hard to believe that you would risk the amount of money needed to move yields as much as they were and to a machine without a pilots in the plane…

We will wait and see how the rest of the day progresses.  Interestingly, they rallied the S&P a rather stunning amount, but they came short of trying to punch through the presumed heavy resistance at 3925 to 3950.

This day will be important.  If they can hold this rally together and close around these numbers, it may begin to bring into question some of the cycle data that we have been looking at over the last week or so.

So, today is a day for the bulls to prove it and they certainly have gotten off to a big start.  It is amazing how pervasive the feeling that the number will cause the Fed to decelerate.  This is being picked up instantly by nearly everyone.  A highly unusual day to see moves of 4 to 4 ½% in major indices.

As the day goes on, traders will look for any hints in any changes in trend.  Do stocks and/or bonds behave differently after Europe closes?  If so, that would suggest offshore being an important part of the event and, if not, obviously, confirming that it was heavily domestic.  Will the bulls try to come on again?  If so, in the S&P, will we move into that critical area between 3925 and 3950?  In yields, while it is unlikely that the ten-year can push up again above 4% today, the probable milepost to look at what be 3.90 to 3.95%.  Do they get back up to that high?

So, the primary downside in this morning’s action is in the VIX, which has moved down again, which this year has provided a bit of a warning sign.  I don’t want to rain on the parade, but as experienced professionals, we want to analyze every step of what is going on.  To either give us a hint as to what kind of people were buying and does that suggest they have more buying to do.

Keep your eye on the yields and look to see if there is a follow-on or do we do an afternoon fade.

In the meantime, stay safe.