With gold and silver remaining firm even as the crude oil market weakened, today King World News is featuring a powerful interview with one of the greats in the business that covers the historic turn we are witnessing in the gold an silver markets.

A Historic Turn In The Gold And Silver Markets

October 12 (King World News) – James Turk:  “We are seeing something special today in the precious metals that hasn’t happened very often in the last few years, Eric. We are seeing some upside follow through in the gold and silver prices after the gains from last week and the week before…

James Turk continues:  “Precious metal prices did settle back somewhat as the day wore on, but some day-to-day to-and-fro is to be expected. Given the strength in both gold and silver since August, they are slightly ahead of themselves at the moment, or overbought as the saying goes. But there are a lot more positives in favor of the precious metals than there are negatives.

It is particularly noteworthy that silver has broken above its August high. You will recall that silver made a new low price in August, but gold held steady. That created a bullish divergence, and both metals responded with brisk rallies.

Silver is up a remarkable 12.6% since then, far outpacing gold, which nevertheless has risen a very respectable 6.5% from its closing low price in August. Of course both of these are significant rallies, and it looks like there is more upside in the weeks ahead for gold and silver.

The strength in recent weeks is an important signal. It therefore looks like both gold and silver will rally into the end of the year and probably into the first quarter of next year as well.

Central Planners Have Already Dishoarded A Great Deal Of Metal

What has been happening of late is significant. Basically, the tail has begun wagging the dog, Eric. The huge volume of paper gold is the dog’s body, while the much lower trading volume of the physical market is the tail.

For years now, the central planners have managed to control the tail by using paper gold, driving the gold price to a level at which it has become exceptionally undervalued. But this gaming of the gold price can only continue for so long, at which point it must stop.

A good example that illustrates it must stop is the central bank cartel called the London Gold Pool. It operated in the 1960s in an attempt to control the gold price at $35 per ounce. But in March 1968 the cartel crashed and burned.

The reason that happened is that the tail always wags the dog eventually. This result is simply a reflection of the fundamentally different nature of paper gold and physical gold. Anything paper is simply that – a financial asset, a promise made by whoever is issuing the paper. There is always counterparty risk when you hold paper instead of the real thing.

Physical gold is the real thing. It is a tangible asset, and its value does not depend on someone’s promise. Rather, its value derives from the choice of buyers who want to avoid counterparty risk. 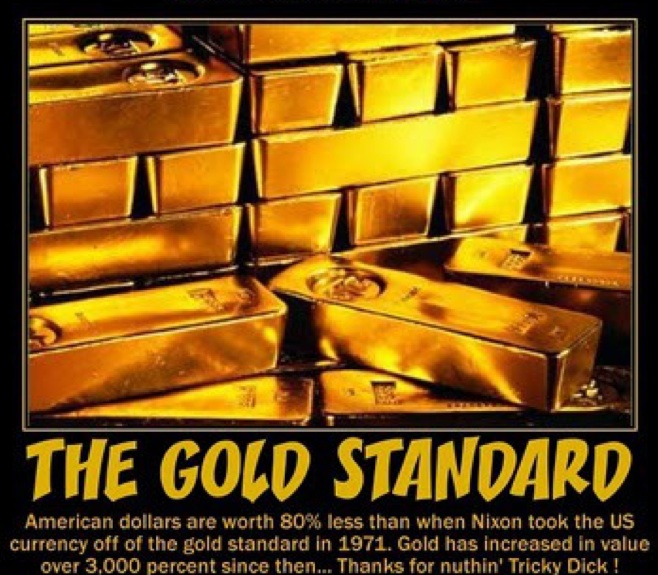 One Of The Biggest Mistakes In U.S. History

So the London Gold Pool collapsed when it stopped supplying physical gold to the market by emptying central bank vaults. The US government dishoarded over 10,000 tonnes from Ft Knox in exchange for $35 per ounce, which without a doubt will go down in history as one of the biggest government boondoggles of all time.

So it is clear what KWN readers should be doing, Eric. They should just keep buying gold and silver by dollar cost averaging into monthly purchases, and they should continue to do this each and every month.

It is a winning strategy that has been proven time and again. It will reward buyers again this time as gold and silver work their way higher, ending the 4-year price correction in their long-term uptrends.” ***KWN has now released the incredible audio interview with Michael Belkin, the man who advises the most prominent sovereign wealth funds, hedge funds, and institutional funds in the world. Belkin covers the historic rally he expects in gold and the mining shares as well as what he expects to see in global markets for the rest of 2015, and you can listen to it by CLICKING HERE OR ON THE IMAGE BELOW.

***ALSO JUST RELEASED:  A Remarkable View Of The War In The Gold Market CLICK HERE.