As we come to the end of another trading week, keep an eye on gold, but this is potentially explosive for silver.

February 12 (King World News) – Alasdair Macleod out of London:  Eric, we had a quiet week in terms of turnover for both gold and silver on Comex, but it is still worth looking at the underlying Commitment of Traders report, released tonight.

Open interest contracted by 13,270 contracts, which is reflected in these numbers. Other Reported in particular reduced net longs by nearly as much as the non-specs reduced their combined net shorts…

It appears to be a modest victory for the Swaps, until you bear in mind that 5,581 contracts stood for delivery between these dates. The effect on their remaining short position in money terms is shown next. 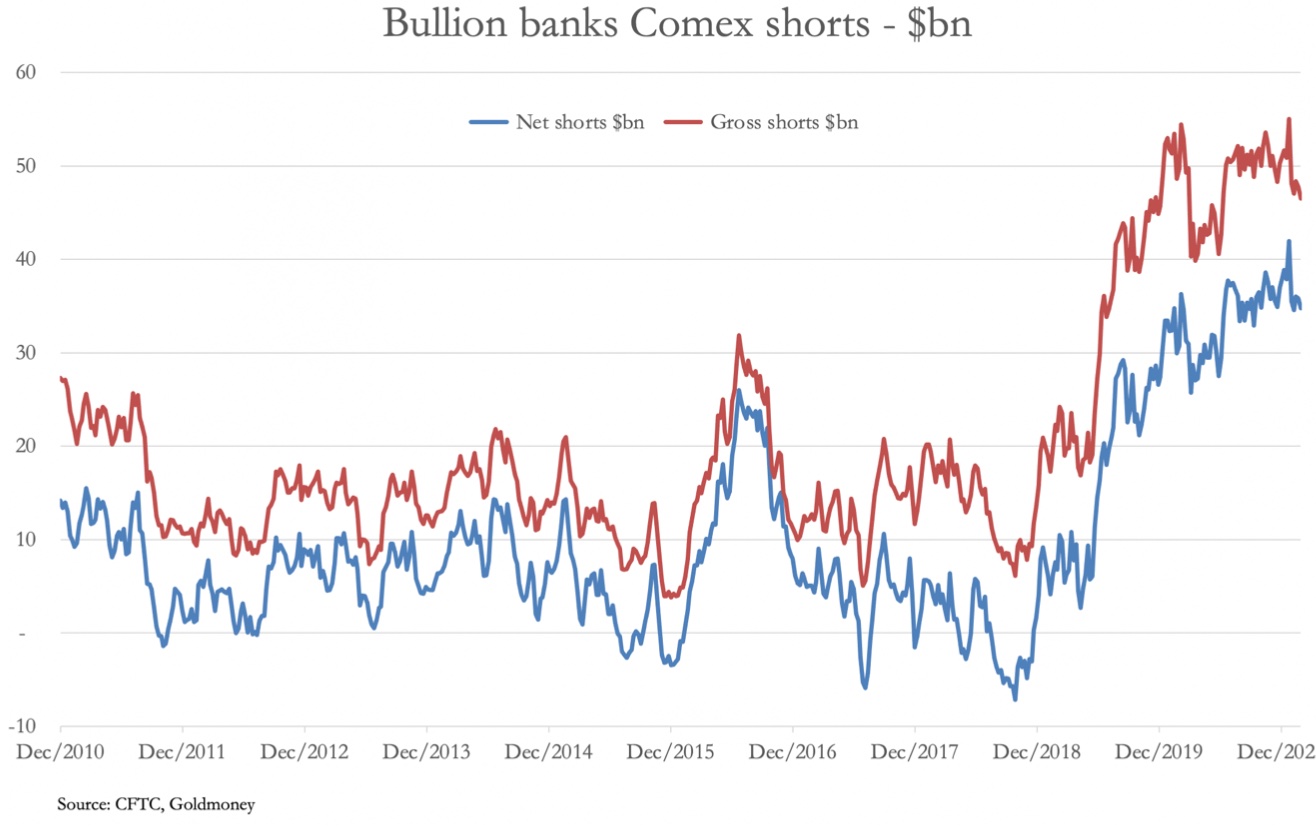 This might appear to be going in the right direction for the Swaps, but that is all you can say. Gross shorts stand at $47bn and net at $34.8bn. This is a continuing squeeze on the Swaps, who will still be desperate for physical liquidity.

Potentially Explosive For Silver
What is noticeable is how the Non-Reported category (i.e. too small to report) has nearly twice the net long exposure of the Other Reported category. They are probably a tad above the Robinhood traders in terms of size, but it goes to show how small traders in the silver contract are in a position to tip the balance against the Swaps. Coupled with relative strength in the silver price this week compared with that of gold, and the severe lack of physical silver, if small traders continue their recent interest the result could potentially be explosive…To hear Alasdair Macleod discuss why silver is poised to blastoff and what gold and silver traders are watching right now CLICK HERE OR ON THE IMAGE BELOW.

Also released! GET PREPARED: We Are Near The End Of Fiat Money CLICK HERE TO READ.

Also released! Highest Since 2012, Gold Way Undervalued, We Are Near The End As Public Gambles Big-Time CLICK HERE TO READ.

Also released! ALERT: Look At What Is Skyrocketing CLICK HERE TO READ.