WARNING: Shortages To Continue Into 2023, Plus An Email From A KWN Reader

Warning, shortages to continue into 2023, plus an email from a KWN reader.

June 7 (King World News) – Peter Boockvar:  To further my point from Friday with the late 1990’s stock charts of a few names that the movie we are seeing now with some stocks is just a sequel with a slightly different script, here was a front page cover of Forbes back in 1998. 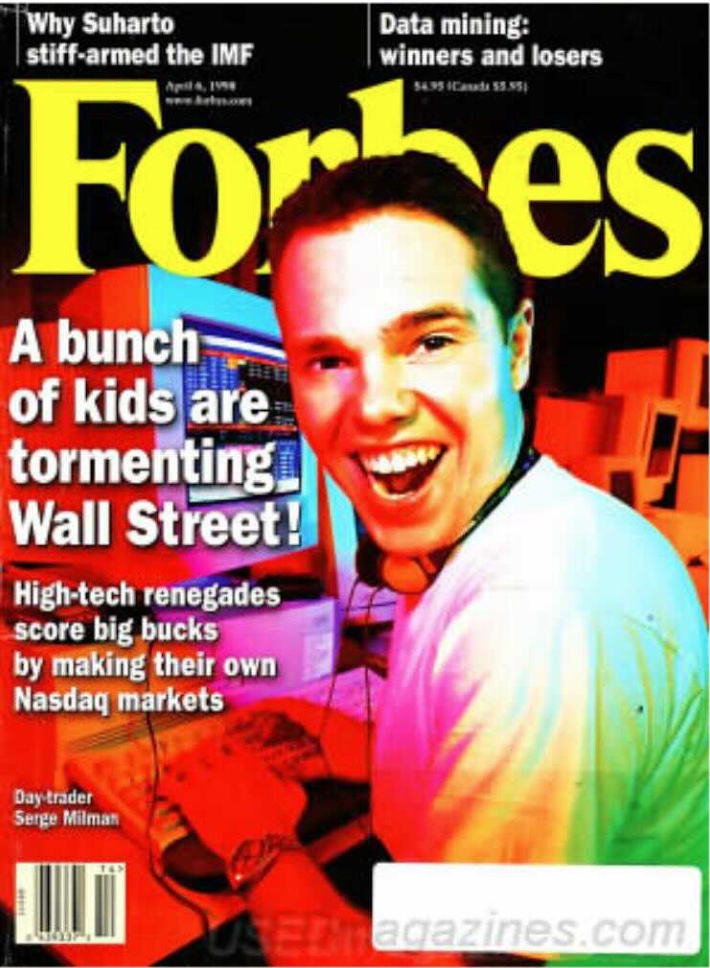 The only definition I know of the word ‘transitory’ is “not permanent.” The only question is not what we think that means but what the Fed thinks. Is it a few months? A few quarters? Was the 1970’s inflation transitory because it eventually ended? Flex, the 3rd largest contract manufacturer in the world, with customers such as Ford, HP, Cisco, Ericsson, Bose, Ocado, Dyson, JNJ, and Philips to name a few, thinks that it’s at least a year. The company’s chief procurement and supply chain officer said this to the FT with regards to what they are hearing from their semiconductor vendors on when the supply issues will repair itself, “With such strong demand, the expectation is mid to late 2022 depending on the commodity. Some are expecting shortages to continue into 2023.” We see May’s CPI on Thursday and the PPI next week.

On the labor market front and the associated watch on wages, the NFIB said last week (ahead of their full report tomorrow) that Plans to Hire jumped 6 pts m/o/m to 27%, the highest since records were 1st kept in 1974.

Plans To Hire Hits Highest Level Since Records Began In 1974!

Can’t Find Workers
Good luck filling these spots as those that said they had Jobs Hard To Fill rose to another fresh record high.

The Mexican peso is rallying after President Obrador kept control of Congress but lost his super majority that he was planning on using to further shift their economy towards that of Venezuela. Mexican businesses are very happy with this election outcome. Businesses though remain on edge in Peru where their election yesterday is too close to call. The communist candidate Castillo is also interested in emulating Venezuela to an even bigger extent. The business supported candidate Keiko Fujimori has a slight lead. I understand the economic frustration of many, especially after the past year but I’m not exactly clear what is so attractive with the Venezuelan model that many are intent on recreating in their own countries in Latin America…

NEW!
To learn which company billionaire Eric Sprott bought a
$10 million stake in click here or on the image below

Email From KWN Reader
Email from a KWN reader:  Ted Oakley really impressed me. He seems to understand not only the pitfalls, but the safe strategy, and the great opportunities. Yeah, that interview was a “Goldmine” of info and insight. Thanks for giving us this interview.

$5 Million Of Insider Buying
Eric King:  “Michael, you have some insider buying that’s taken place and it’s rather substantial.”

Michael Konnert:  “Yes, our Chairman, Craig Perry, and his family have taken $5 million of this most recent financing where we raised just over $69 million for the company.”

Eric King:  “What do you expect to accomplish with that money in terms of catalysts?”

Incredible High-Grade Silver & Gold
Michael Konnert:  “Vizsla has an incredible strike rate right now with finding high-grade silver and gold at our project in Mexico, but this funding will allow us to continue exploring the property with our 10 drill rigs. These funds will also allow us to accelerate the option and allow Vizsla to own the entire district 100%.”

Eric King:  “What makes this project so special, and the stock has been bid up, what are people seeing here that they are willing to bet so big on this project?”

What Makes Us So Special
Michael Konnert:  “The most attractive thing is that we believe we have a district that will ultimately contain several hundred million ounces of silver equivalent. Just on the Tajitos and Papayo veins that we are drilling we see a pathway easily to 100 million ounces. And of course that’s less than 5% of the total vein strike of the entire district.

The other thing that stands out about Vizsla is that we have a pathway to production that we believe will see us become Mexico’s next silver producer. That is through the purchase of a 500 tonne per day fully permitted and operating mill in the middle of our district. And, Eric, Vizsla has an internal goal of reaching in excess of 12 million ounces of silver equivalent production each year. That level of production would put is in the top tier of silver producers in Mexico. Piers at that level would include San Dimas and Palmarejo.” Vizsla Silver, symbol VZLA in Canada and VIZSF in the US.

***To listen to one of the great veterans in the business discuss gold, silver, how to invest in the coming inflation, and much more CLICK HERE OR ON THE IMAGE BELOW.

***To hear Alasdair Macleod discuss the impact of the coming Basel III regulations on bullion banks and what the banks are up to right now CLICK HERE OR ON THE IMAGE BELOW.

Is This A Harbinger Of The Future?

Yesterday KWN Warned US Dollar Rally Was Coming…Here’s What To Expect Next For Gold, Silver And The Dollar