With market participants eagerly awaiting the Fed’s decision on interest rates this week, today King World News is featuring a powerful interview with one of the greats in the business discussing the credit market carnage and a possible big surprise for this week.

James Turk:  “We have finally reached that moment, Eric, when the Fed will announce whether it is going to raise U.S. dollar interest rates, which have remained unchanged for seven years. The announcement will be made Wednesday afternoon at the conclusion of the Fed’s two-day meeting…

Turk continues:  “Through the release of the minutes from the Fed’s previous meetings as well as its numerous public pronouncements over the past several weeks, Fed officials have indicated that rates will rise by 25 basis points (0.25 percent). But there are still good reasons to believe that the Fed will again choose to keep interest rates unchanged with its target Fed funds range remaining at 0-0.25 percent.

Credit Market Carnage
For example, credit markets globally are in disarray. We are seeing this particularly in the junk bond market because the weakest link of the chain always breaks first. 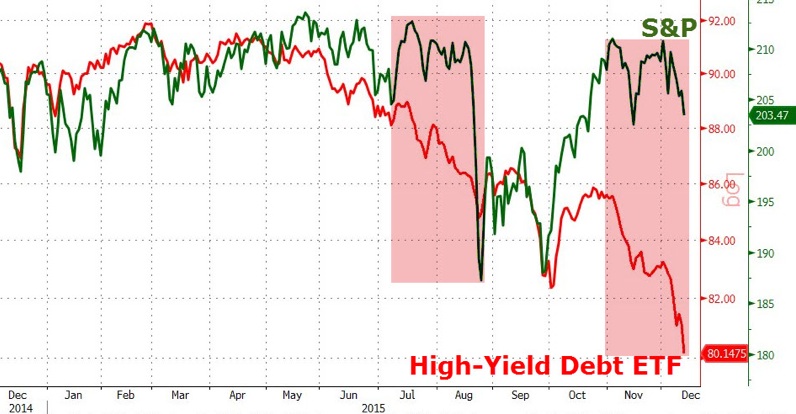 When it comes to credit, they are called “junk bonds” for a reason. These are bonds of companies that rest on a knife-edge between solvency and bankruptcy. The slightest hiccup can create a disaster for these companies, so oil companies that borrowed excessively thinking that crude oil prices would never fall below $60 a barrel are suffering the consequences.

What is worse is that credit deterioration is seeping into the banking system. Today Wells Fargo Bank said that “stresses” are building in its portfolio of loans to energy companies because of the drop in the price of oil, which is another reason the Fed may choose to avoid hiking rates.

The best reason for the Fed not to raise rates is the U.S. government’s own debt load. This is why I have been saying for years that rates will never go up. The U.S. government has so much debt it cannot afford to pay a fair rate of interest. 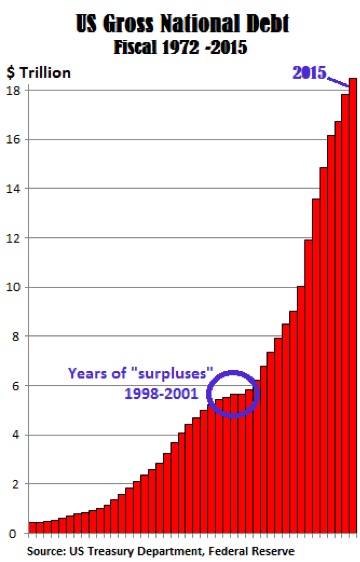 In a few weeks the federal government’s debt is going to exceed $19 trillion. I estimate that about $14 trillion of that debt is based on short-term rates. So a 0.25-percent hike in rates would worsen the government’s budget deficit by about $35 billion per year.

Hyperinflation And A Big Surprise
In short, higher interest rates are the path to hyperinflation and the destruction of the dollar. Fed officials undoubtedly understand this. So do not be surprised if the Fed leaves interest rates unchanged. But if the Fed does hike rates, expect its announcement to be extremely dovish.

The Fed might leave the lower range of the federal funds rate unchanged at 0, increasing only the top range to half a percent. In addition, there will be a lot of post-announcement dovish speak to try to talk the stock market higher.

So let’s see what the Fed’s latest intervention will bring. The big surprise will be if the Fed does not hike interest rates. But regardless, it could be a wild week.” ***KWN has now released the extraordinary top 10 trends and predictions for 2016 from Gerald Celente and you can listen to the audio interview by CLICKING HERE OR ON THE IMAGE BELOW.

***ALSO JUST RELEASED:  Another Stunning Development In The War In The Gold Market CLICK HERE.