Look at what just hit a near all-time record…

Extreme Number Of Indicators
January 18 (King World News) – Jason Goepfert at SentimenTrader:  On December 26, a bout of enthusiasm pushed 56% of our core indicators into an optimistic extreme, which was the most in 15 years. We just surpassed that, with 57% of them hitting an extreme on Thursday. 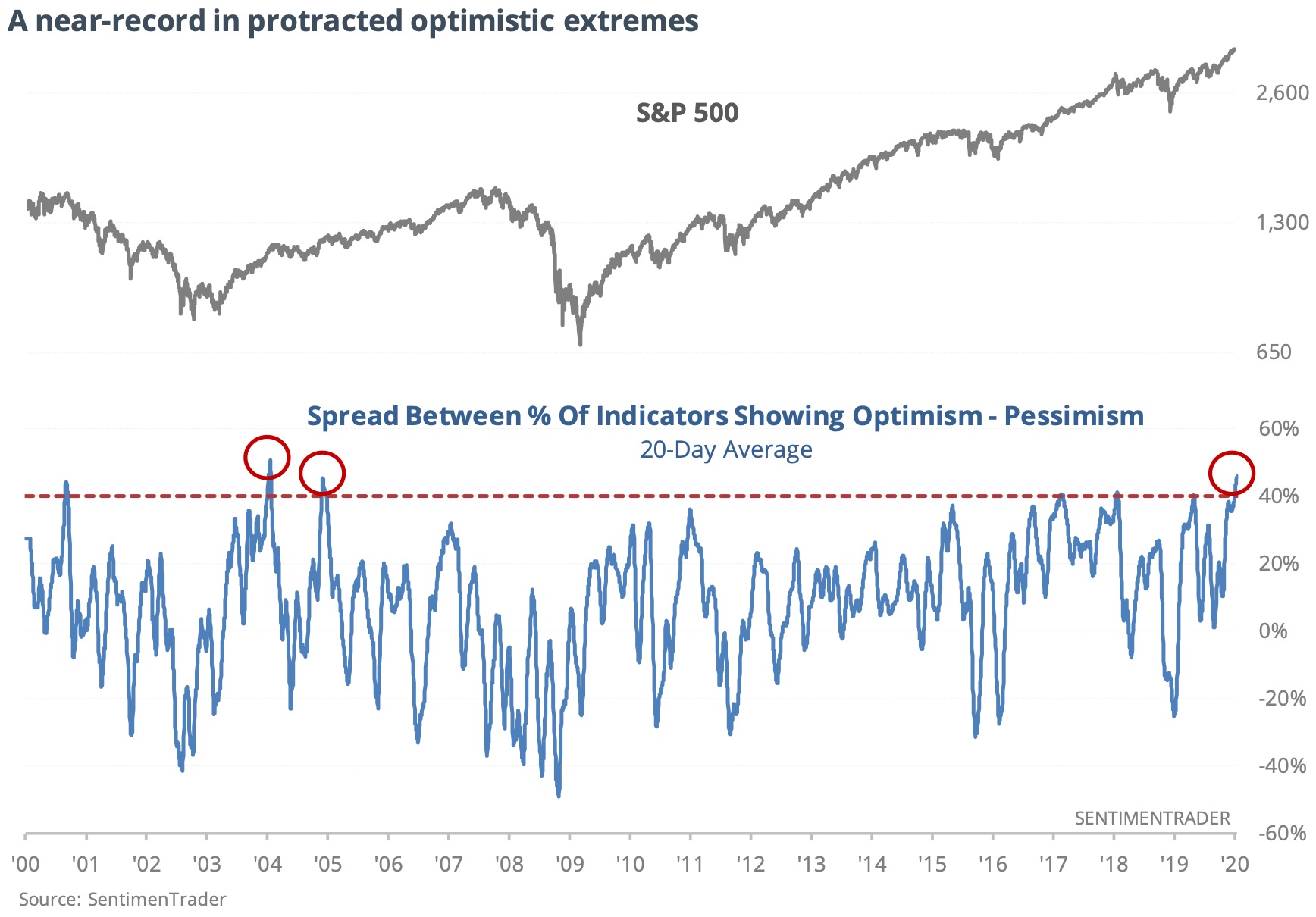 For the past month, there has been an extreme number of indicators showing optimism and few showing pessimism (mostly fund flows). That has pushed the 20-day average spread between the extremes to the highest level since 2004.

Other big sentiment thrusts in recent years never managed to last long enough to push the 20-day average much above 40%, while now it’s all the way up to 46%. The only other periods in 20 years that saw it get this high were January and December 2004, and the Backtest Engine shows that both of them preceded declines in the S&P 500 over the next two months.

This is just one example of why Jason Goepfert is the best in the world at what he does — providing actionable market data. To subscribe to SentimenTrader CLICK HERE.

BREAKING: China Beginning “To Tie Down Sources Of Supply Worldwide”