With gold and silver rallying amid global tensions, James Turk just told King World News that this may cause the price of silver to skyrocket.

Central Planners Will Lose The War On Silver
April 13 (King World News) – James Turk:  “The central planners are relentless, Eric. When it comes to supressing precious metal prices, they never give up, persistently pounding them time and again. For more than two months, every time silver has challenged $16.80, the central planners sell whatever amount of paper they need to keep the silver price contained.

But – and here’s the important point – the central planners are going to lose this battle and indeed the war. The reason is that paper silver becomes increasingly valueless as its supply increases. The market will never accept an infinite supply of paper silver, just like Weimar Germany and Zimbabwe found out with their paper currencies.

At the same time paper silver becomes less valuable, the aboveground stock of physical silver becomes more valuable.Take a look at this chart of London spot silver. It’s the same one we have been talking about for weeks, but updated through today’s Comex close:

There are differences between then and now of course. Back then, everyone knew that the central bank price suppression cartel existed. The cartel was visibly active because the central banks in the cartel reported flows of physical metal. The cartel even had a name; it was called the London Gold Pool.

What Is Next For Silver?
Today the cartel is secretive and surreptitious. It operates behind closed doors, and central bankers only tell you what they want you to hear. But we should not let this distract us. Here is what I think is next for silver.

Option expiry for the important May delivery month starts in less than two weeks on Wednesday, April 25th. Over the counter options then expire up to the end of April.

We know from past experience that the central planners will be out in force attempting to keep prices suppressed before and during the option expiry period. They do this so as few calls as possible expire in the money, which lessens the pressure on them to deliver physical metal.

But it doesn’t always work that way. One of these times the central planners and their friends shorting paper silver are going to get crushed. To try controlling their risk, they delta hedge their short option positions. But this tactic does not eliminate all of their risks.

This Could Cause The Price Of Silver To Skyrocket
When availability of physical metal is tight, as it is at present, as evidenced by the silver backwardation with spot trading above May, delta hedging can go awry. It could even lead to an asymmetrical blow-up, causing the silver price to skyrocket. So the next couple of weeks could lead to some big upside surprises.”

About The Gold Market…

Eric King: “Matthew, I have been buying more shares of your company’s stock recently and have now purchased a total of 1,500,000 shares because I believe it is one of the great gold opportunities of 2018.”

The Next Great Canadian Gold Story
Matthew, CEO of Maple Gold: “Right now we are sitting on the next great Canadian gold story. We have one of the best teams on the planet leading the exploration program in arguably the best jurisdiction in the world, with a 3.2 million ounce head start. In the middle of a rising gold market we have now secured the strongest Quebec funds to back the company, and I’ve announced a closing with them at 24 cents a share, without any warrants, with a lengthy hold period. The point is, Eric, they are looking at this as a long-term investment. This is the same group that financed Osisko from $20 million to a $4 billion market cap. And I’ve been to Asia many times looking for strategic partners and negotiations have progressed to the advanced stage. Any such investment would take place at a significant premium to the current market price.

Stock Set To Skyrocket With 8 Drills Turning!
Investors also need to understand that unlike many juniors, who no longer have drills turning, we have 8 drill rigs simultaneously attacking a variety of different targets. We have also now submitted nearly 5,000 assay samples to the lab and that number will continue to grow as we push for 20,000 meters in the current winter drilling program. We expect drill results to hit the market for three consecutive months, in April, May and June of this year. So the fundamentals of this company continue to expand at an exponential rate, providing a spectacular opportunity for investors to take advantage of the current market capitalization, which we be believe is extraordinarily discounted. Meaning, in my opinion anyone not buying the stock today will deeply regret not doing so, and anyone selling this stock before it surges to $1.50 – $2.50, will have even deeper regrets.

Insiders Buying More Stock
Eric, I know you have been aggressively buying shares of our company’s stock because you understand that when you look at the junior complex, finding companies with our type of upside, jurisdiction, partners, world class team, management, and 3+ million ounces of gold, with more to come, are extremely difficult to find. Meaning, it’s almost impossible to find another company that is this attractive. If I could buy more stock at this time I would. Unfortunately I am blacked out. And, Eric, just to give you an idea, a majority of the board of directors are participating in the offering at .24 a share, which as you know is higher than the current share price. Regardless, the stock is dirt cheap and I don’t believe it will be for long.” For those of you who have not yet acquired a stake in this high-quality company, now is the time. Maple Gold stock symbol MGMLF in the US and MGM in Canada. 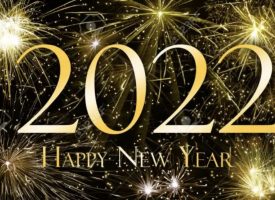