Is this the greatest threat to the world?

Stephen Leeb:  “So far, Trump’s tough talk and promise to make America great again have been intoxicating to investors. Money has been leaving the shelters of bonds and gold and pouring into stocks and commodities, propelling the market’s powerful rally and leaving gold – for now – a sad wallflower…

But has anything in the big global picture changed to suggest the bull market in gold I’ve been predicting has been permanently scrubbed? I’ve been re-scrutinizing past data and my own analysis, and from a long-term perspective I can’t find a thing to lead me to revise my thinking. And by long term, I don’t mean years, I mean months. While gold likely has some further downside, I wouldn’t be surprised to see it surpass its recent high and be headed to new heights by mid-year if not sooner. 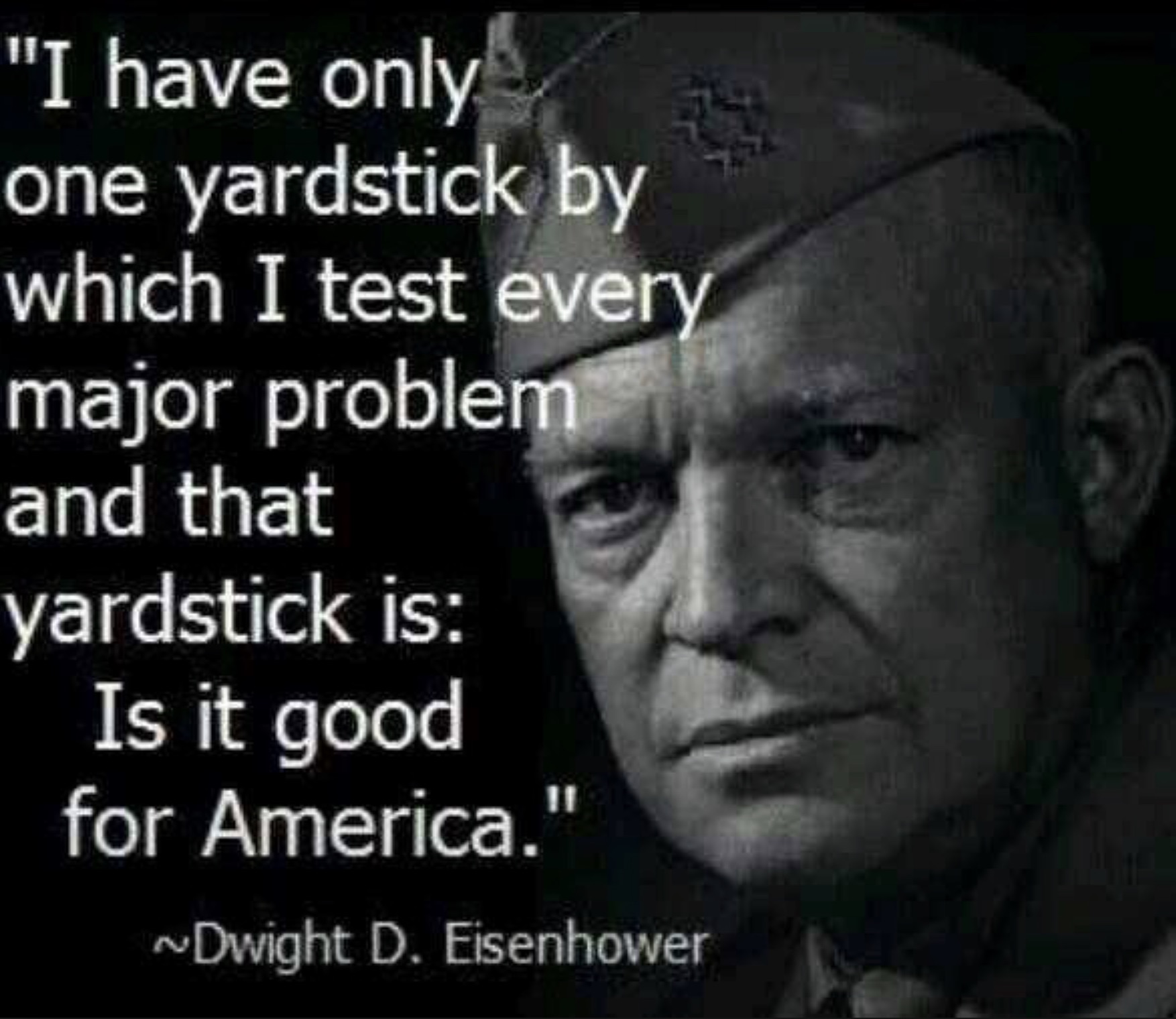 History’s Warns About Market Moves After Presidential Elections
The history books provide revealing insights. Since Eisenhower succeeded Truman, markets have rallied when the new president comes from the other party. That makes sense: defeat of the incumbent party signals Americans are dissatisfied with the economy, and a new party gives the country, including investors, hope of a change for the better. Given Trump’s aggressive message of change, hope today is running particularly strong.

The market’s median gains top out at about 5 percent around two weeks after inauguration. Within these cases, though, there are significant differences. After Kennedy was elected in 1960, the market gained more than 10 percent prior to his inauguration and continued to rise throughout 1961. But in that era, the U.S. was an utterly dominant country whose standards of living had been rising for more than a decade. Commodities were plentiful, and the future seemed bright.

The Hairy 1970s
On the other hand, when Carter was elected in 1976, inflation was becoming a problem and the U.S. had undergone wrenching experiences including the war in Vietnam and Watergate. Carter’s post-election rally of 6 percent lasted only through December. By the time he was sworn in, stocks were already were headed down, and they finished 1977 some 20 percent lower than they began. Gold was a mirror image: In the two months leading up to inauguration, it had an overall drop of around 10 percent before going on a tear. Indeed, from mid-January the yellow metal rallied from under $130 to about $170 and did not look back until it made a high of $800 in early 1980.

So what’s the outlook today? If you’re betting the Trump rally can maintain its momentum indefinitely, at gold’s expense, you’re betting that he can repeal the laws of economics and geopolitics. Today these are even less favorable to America than in 1977, when despite growing problems we still ruled the global roost in every way.

China Leading The Rise In The East
In rough terms, today’s world is to 1977 as 1977 was to 1961. In 1977, U.S. economic malaise was in its early stages. Today we are about two generations into stagnant real incomes for most Americans. In 1977 we were in a Cold War against the Soviet Union. Today we face an insurgent East that, led by China, is coming together economically and militarily.

In 1977, commodities, including oil, were rising at a gradual pace, though that pace accelerated sharply by the end of the decade because of the Iran-Iraq war. Today commodities have risen by nearly 25 percent over the past 12 months, thanks in large part to strength in Eastern economies (see chart below). 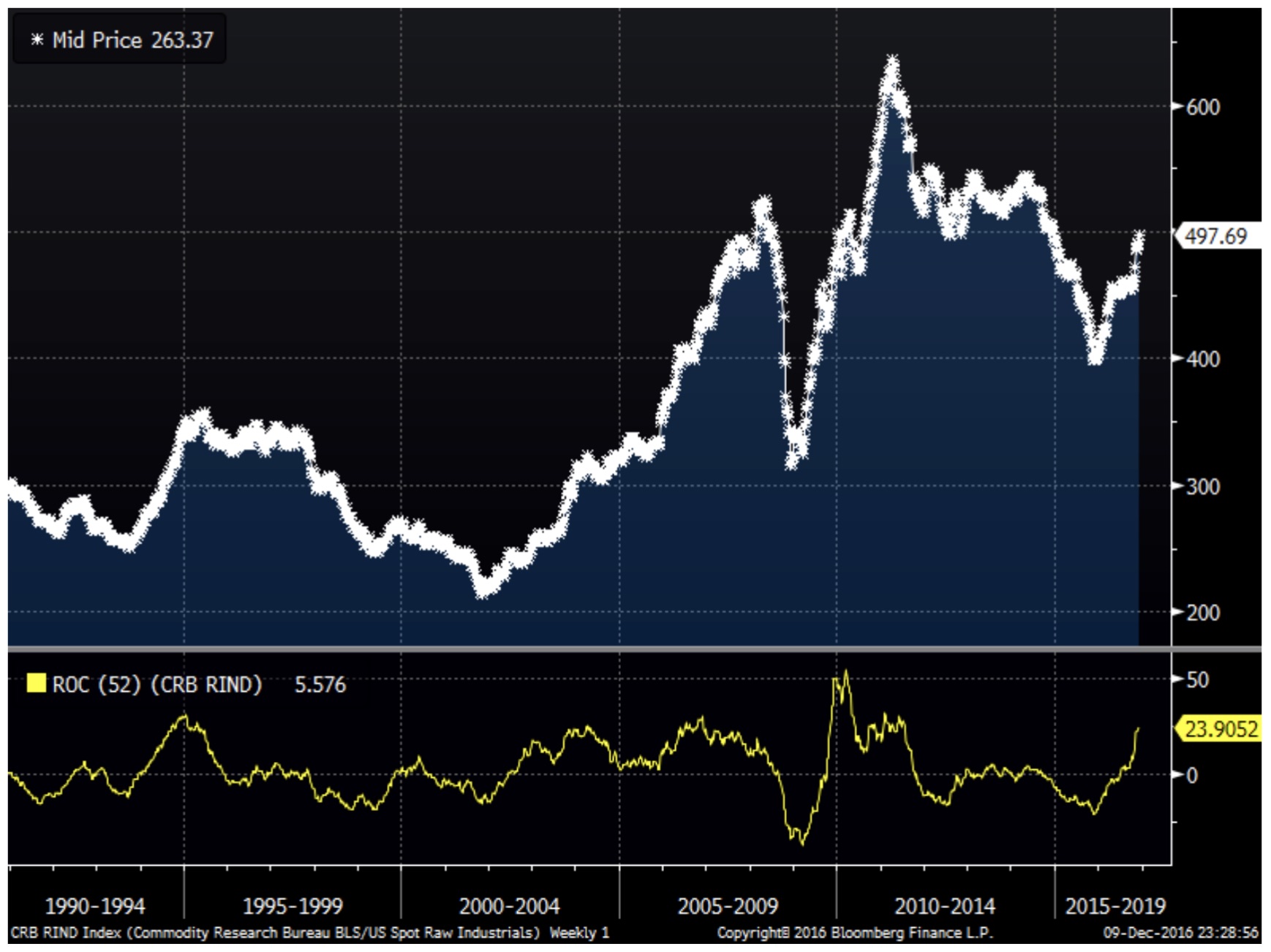 We’re Witnessing A Historic Rise In Commodities
This rate of change is one of the greatest in modern times. The only time commodities rose at a comparable pace was briefly in the 1990s and in the early part of this century. Significantly, during both those periods, gold rallied sharply. Even more meaningful to today’s outlook is that the 1979-80 surge in commodities reflected geopolitics, not geology. Today we face real scarcities in a wide range of commodities.

And speaking of commodities, Trump’s tough talk on China and his plans for both growth and a military build-up face some tough obstacles that investors’ celebratory state of minds have blocked out. As I’ve previously noted, we’re highly dependent on imports when it comes to critical commodities – for the majority of them, we import more than 50 percent of our needs. And in the case of selected rare earths, which are essential in areas ranging from electric vehicles to military technology, we depend on China.

Is This The Greatest Threat To The World?
This past April, the Chinese, already widely regarded as the leader in hypersonic (mach 5 or greater) weaponry, successfully tested an advanced hypersonic glide vehicle. 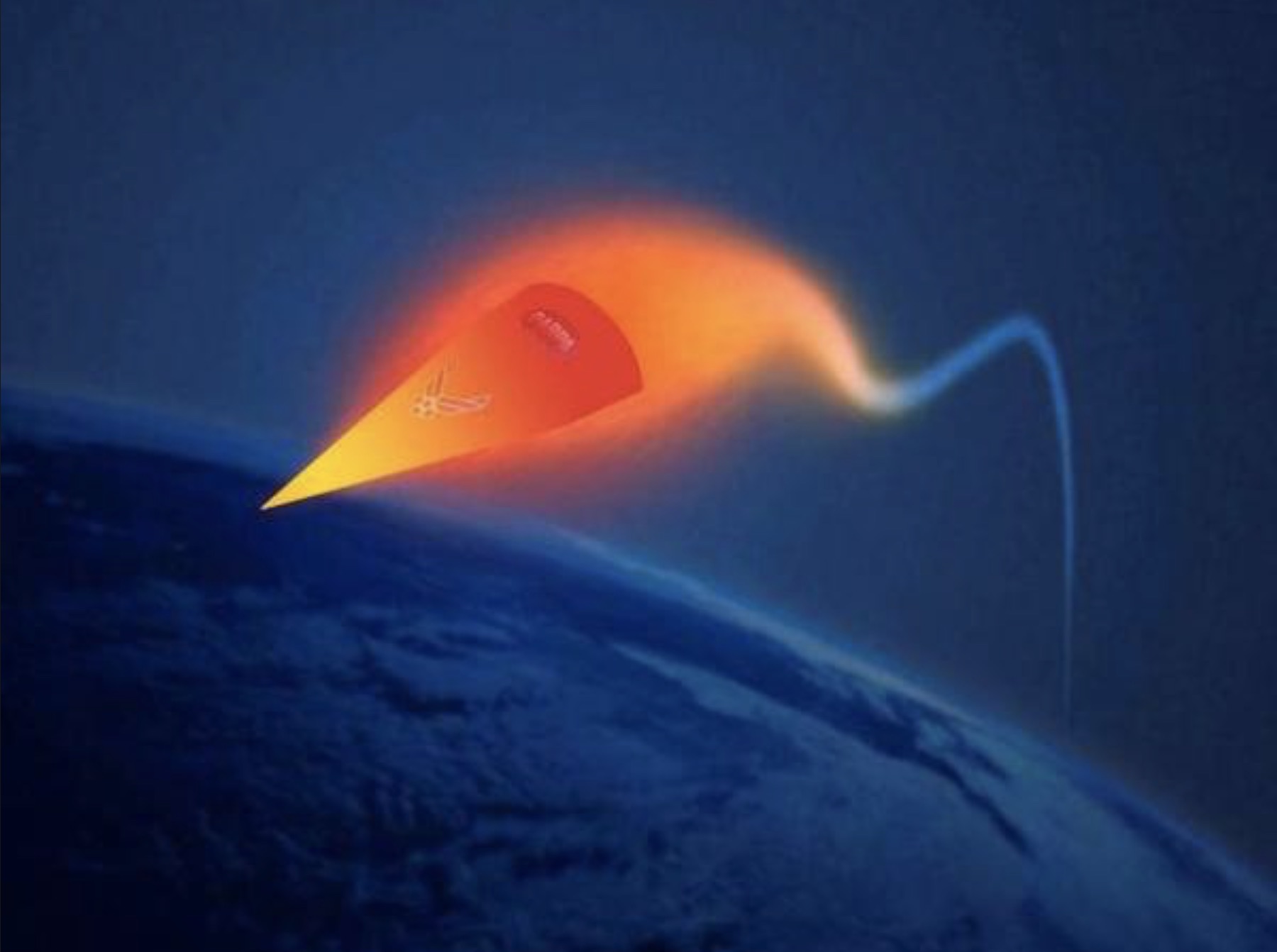 King World News note: China and Russia have repeatedly successfully tested hypersonic weapons capable of delivering nuclear strikes. U.S. intelligence officials have assessed that China plans to use the glider to deliver nuclear weapons through increasingly sophisticated missile defenses. The DF-ZF also could be used as part of a conventional strategic strike weapon capable of hitting targets around the world within an hour. The speed and destructiveness of these hypersonic weapons is difficult for most people to comprehend.

Chinese & Russian Weapons A Serious Threat…U.S. Unable To Respond
Stephen Leeb continues:  “The National Academies of Sciences, Engineering, and Medicine recently released an unclassified summary of a detailed report commissioned by the Air Force that noted when it comes to such technology, the U.S. “absence of a clear acquisition pathway … stands in stark contrast to potential adversaries’ feverish pace of research and development… Their investments have been significant … and their accomplishments in some cases startling.” Note that “startling” is a pretty emphatic word.

Why have China and to a lesser extent Russia made such strides in developing this critical offensive and defensive weaponry? At least for China, the answer includes its access to a complete supply chain of rare earths. The U.S. Defense Department has known of our worrisome lack of such access for a decade or more. Yet in 2016, the U.S. General Accountability Office in a wide-ranging report on rare earths noted: “DOD offices have not yet agreed on what constitutes ‘critical’ rare earths.”

And just in case we ever do get around to identifying these, we will need engineers to mine and manage a complex supply chain. Not a single university in this country offers regular courses in rare earths. Trump may want to think long and hard before antagonizing China too much.

Here Is Why Gold Is Definitely Going To Skyrocket
But let’s return to gold. There are no cases in which a protracted rise in commodities has failed to set off a bull move for gold. And until now, protracted rises in commodities haven’t stemmed from real, enduring scarcities. The implications for gold, once the post-election exuberance subsides, are exceptional. So while gold is likely to fall a bit further, don’t lose heart: five years from now, on a long-term chart, the dip will barely show up as a blip……KWN has now released the extraordinary audio interview with legend Rob Arnott where he discusses the biggest surprise for 2017, the great dangers facing the global financial system and much more, and you can listen to it by CLICKING HERE OR ON THE IMAGE BELOW.

***ALSO JUST RELEASED: Two Of The Greats In The Business Say The Decline In Gold Has Gotten Extreme – What Happens Next May Surprise CLICK HERE.

US, Japan, Italy & The EU, China, And Brexit