On the heels of continued turbulence markets across the globe, a major alert was issued warning that global markets may see another terrifying 2008-style collapse.

WARNING: Failed Bounce
October 19 (King World News) – Here is a portion of today’s note from Jason Goepfert at SentimenTrader:  Even outside of China, markets outside the U.S. continue to struggle. All-world indexes that exclude the U.S. had another tough day on Thursday, with some of them plumbing new lows…

Goepfert continues:  Pulling up a chart of funds like VEU shows pretty much a textbook picture of a bear market. The fund is below its major moving averages, they’re curling down, there is a perfectly clear pattern of lower highs and lower lows, and it just suffered a failed bounce from a low.

After Failed Bounce, World Markets Fell To A New Low 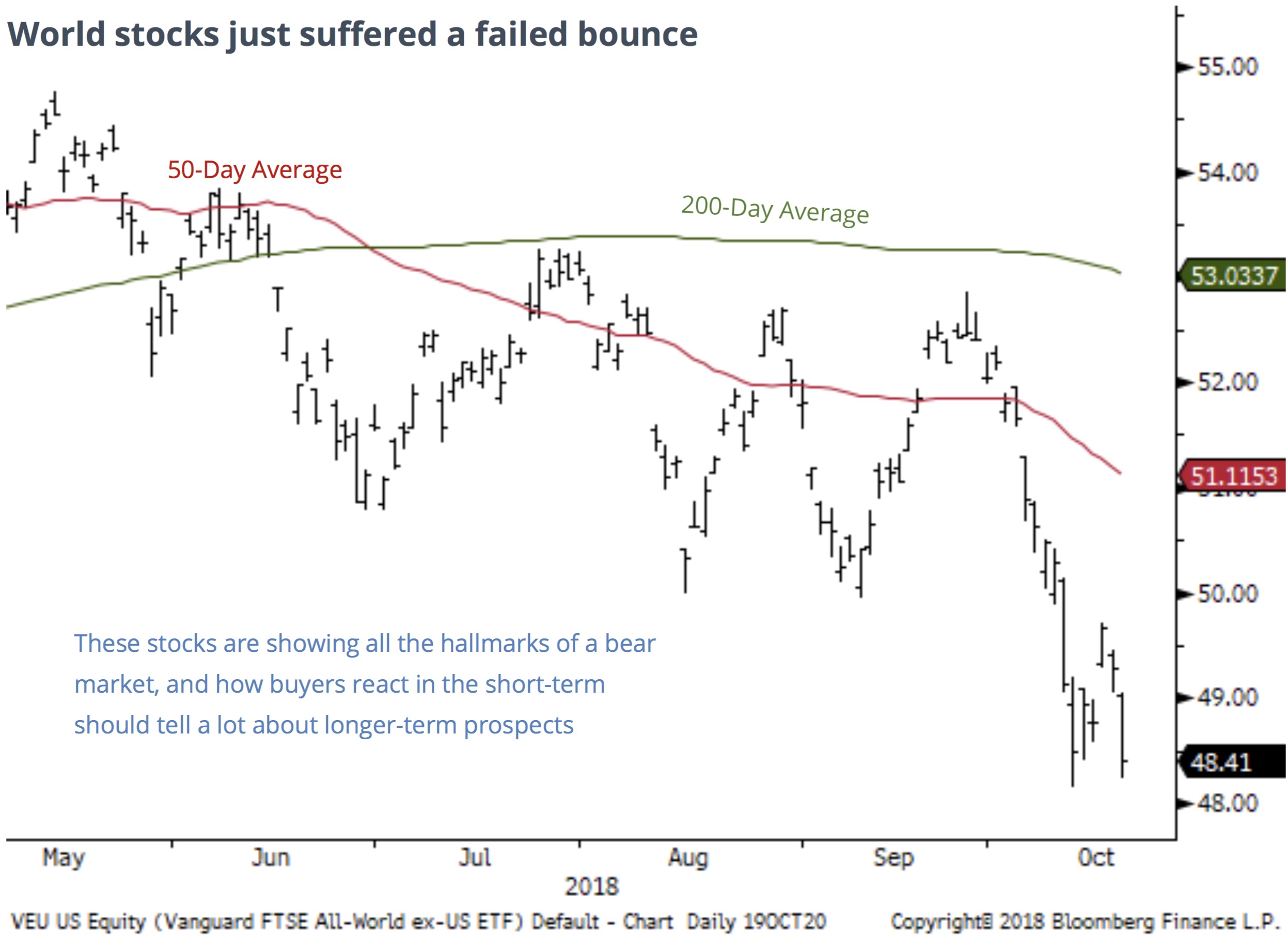 As an indicator of a bear market, failed bounces from a 52-week low seem like a solid bet. To check, let’s go back over the past 30 years of the MSCI ACWI Excluding U.S. index and look for times it slipped to a 52-week low, enjoyed at least three days of relief, then failed again and closed at a fresh low.

Even including the bear markets, these stocks bounced 71% of the time over the next couple of weeks.

… if buyers step in over the next 1-2 weeks and the ACWI index recovers from its failed bounce, then there is a decent chance that it’s not going to morph into a more protracted bear market. If buyers stay away and it continues to lose ground in the coming week(s), though, the precedents are unpleasant.

King World News note:  Look at the sea of red in a portion of the chart that Goepfert highlighted below:

2008 Losses Led To A Sea Of Red For Global Markets