WARNING: A major sign of fear, plus a surprising look at gold and gold stocks.

Is This The Bond Market’s Dot-Com Moment? 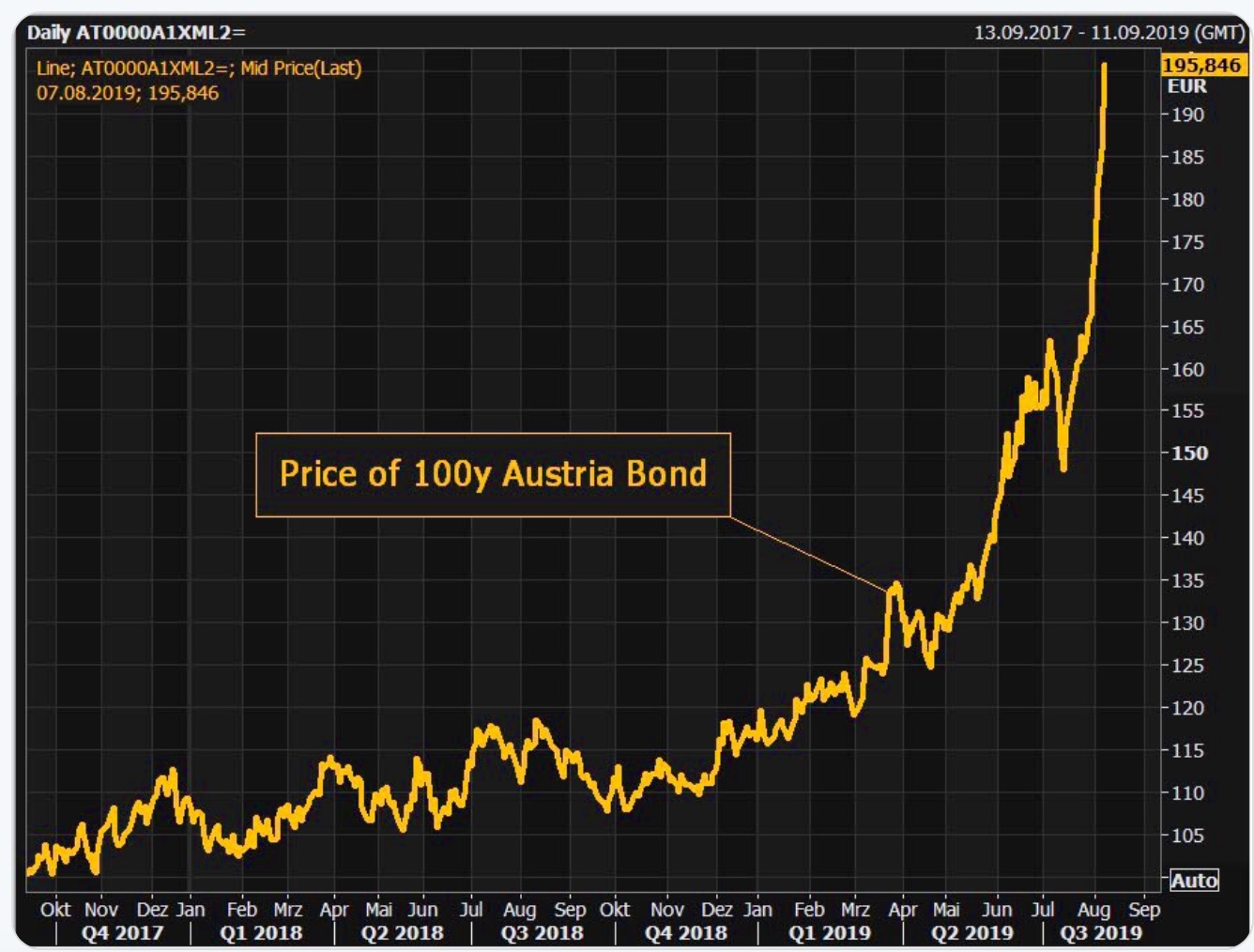 Low Rates ARE NOT Stimulus
Jeff Snider at Alhambra Partners:  “This isn’t about “stimulus”; low rates ARE NOT stimulus. They are the signal that the entire global economy is trapped. It’s not just that the eurodollar market called another false dawn when it inverted in June 2018. It is also the reason why it did. (See below).

LOW RATES ARE NOT STIMULUS: They Are The Signal That The Entire Global Economy Is Trapped 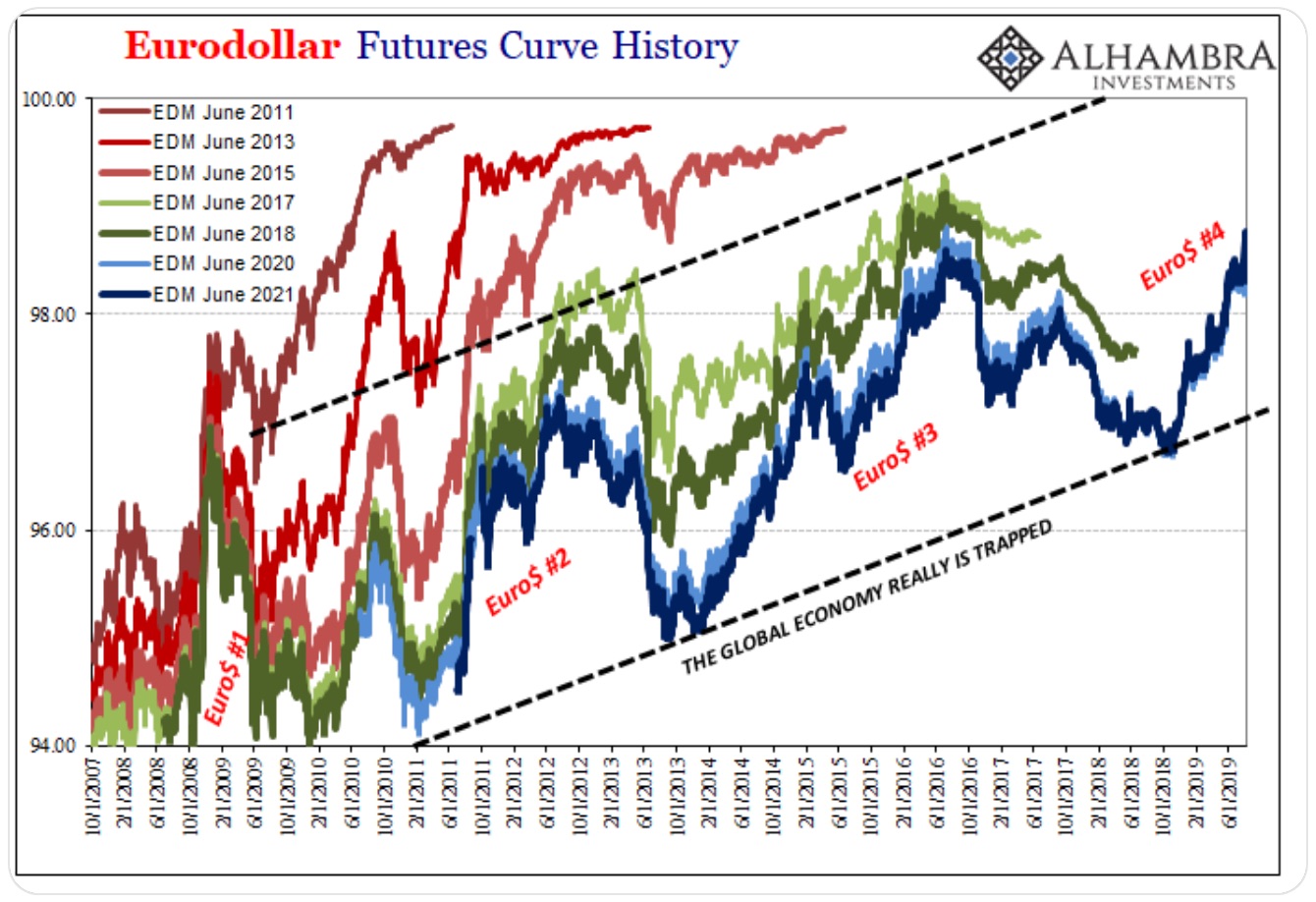 Everything Is Synchronized Globally
Jeff Snider at Alhambra Partners:  “Everything is synchronized globally. Bond yields meaning liquidity risk, deteriorating growth, and therefore globally synchronized central banks. Further synchronized with foreigners’ tendency to sell their dollar assets (because they have to). (See below). 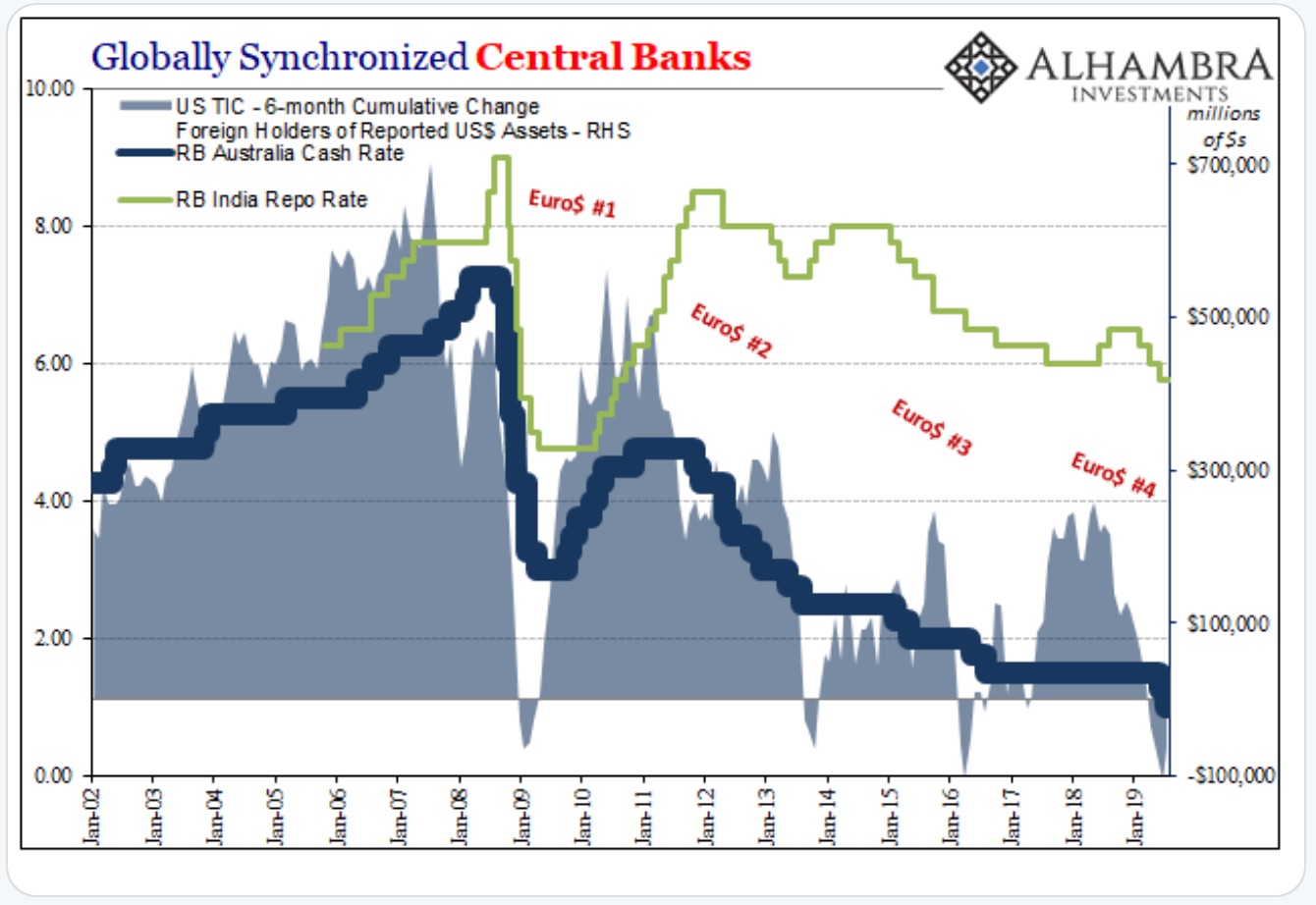 WARNING: A Major Sign Of Fear
Sven Henrich:  “The ECB is smoking crack. Look at DAX vs the German 10 year & you see a central bank in process of losing control.  Negative rates have lost their efficacy and they don’t know what to do.  We’re seeing a colossal policy failure in print.  DAX is below the 2015 highs, has broken the 2009 trend, built a bear flag which broke down all the while yields are collapsing and now they want to cut rates again with a ECB balance sheet at 40% of Eurozone GDP? Just stop.  Rate cuts at that stage of the cycle are not a sign of effective stimulus. They are a sign of fear.  The fact that this major central bank, 10 years after the financial crisis, can’t even raise rates to ZERO without risking collapsing the system is beyond embarrassing and a reflection of how weak the financial system actually is.  They can barely keep it together.”

China Fighting A Losing Battle
Robin Brooks, Chief Economist at IIF:  “In principle, the fix (white) is supposed to “chase” $/CNY (orange), i.e. reflect market supply – demand dynamics. But that’s not what is going on, even if we have now (finally) gone above 7.00. China is working hard to avoid excessive RMB weakening & resulting currency tensions. (See below).

China Fighting To Halt Weakness In The Yuan 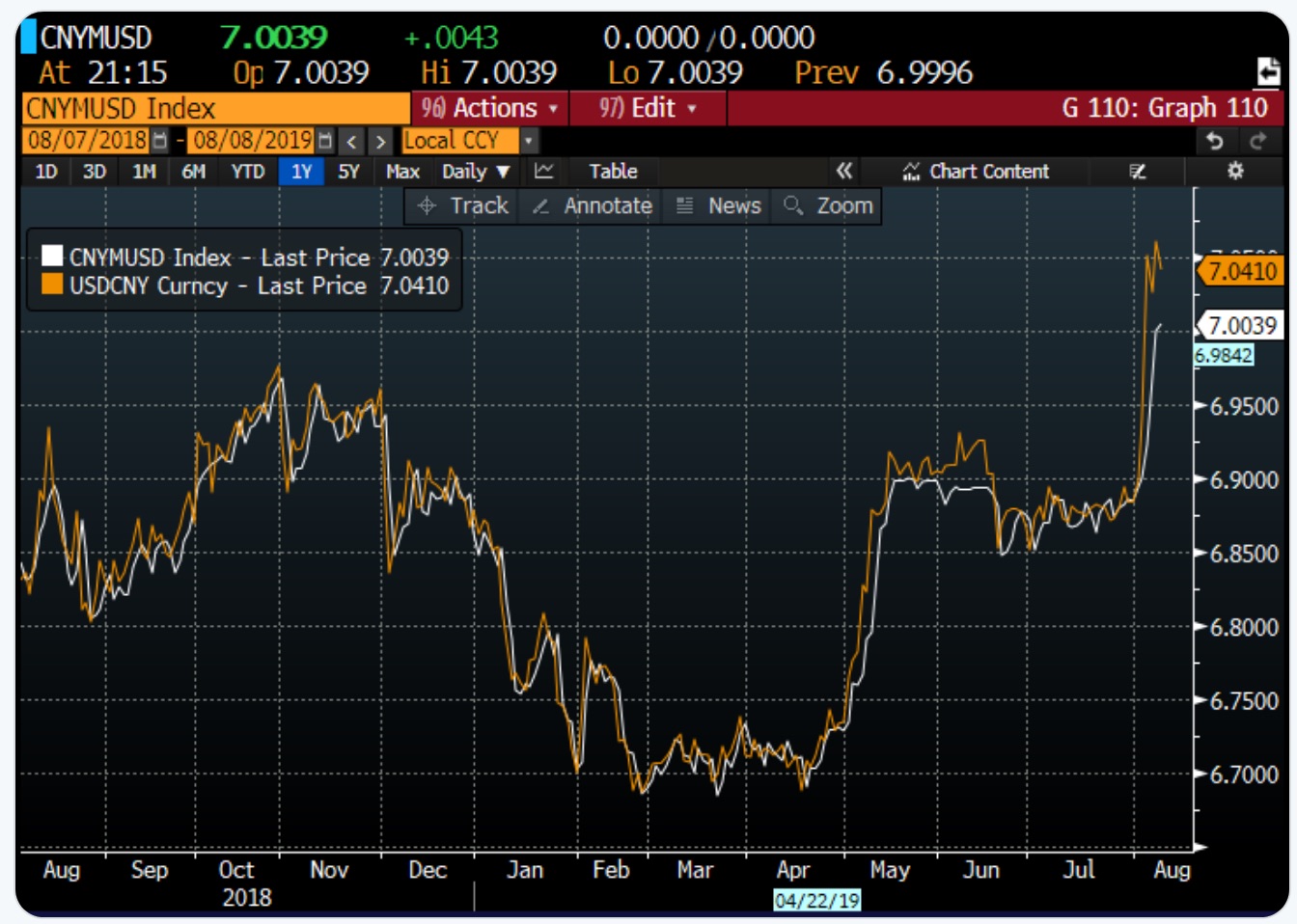 KWN will be releasing many articles today…For now

CAUTION: This Is How Crazy Financial Markets Have Become CLICK HERE TO READ

UNBELIEVABLE: Reckless Central Bankers Pushing The World Toward Gold, A Silver Lining, Plus One Heck Of A Collapse CLICK HERE TO READ

GOLD BREAKS $1,500: Albert Edwards Just Warned What The Next Phase Of The Global “Ice Age” Will Look Like CLICK HERE TO READ