Top Citi analyst Tom Fitzpatrick sent King World News his shocking “Charts of Christmas,” and there are a few surprises to say the least.

Top Citi analyst Tom Fitzpatrick:  An inverted head and shoulders and 55-200 week moving average patterns (completed with a weekly close over $52.14) would suggest as high as $70+ in early 2018 (see chart below). 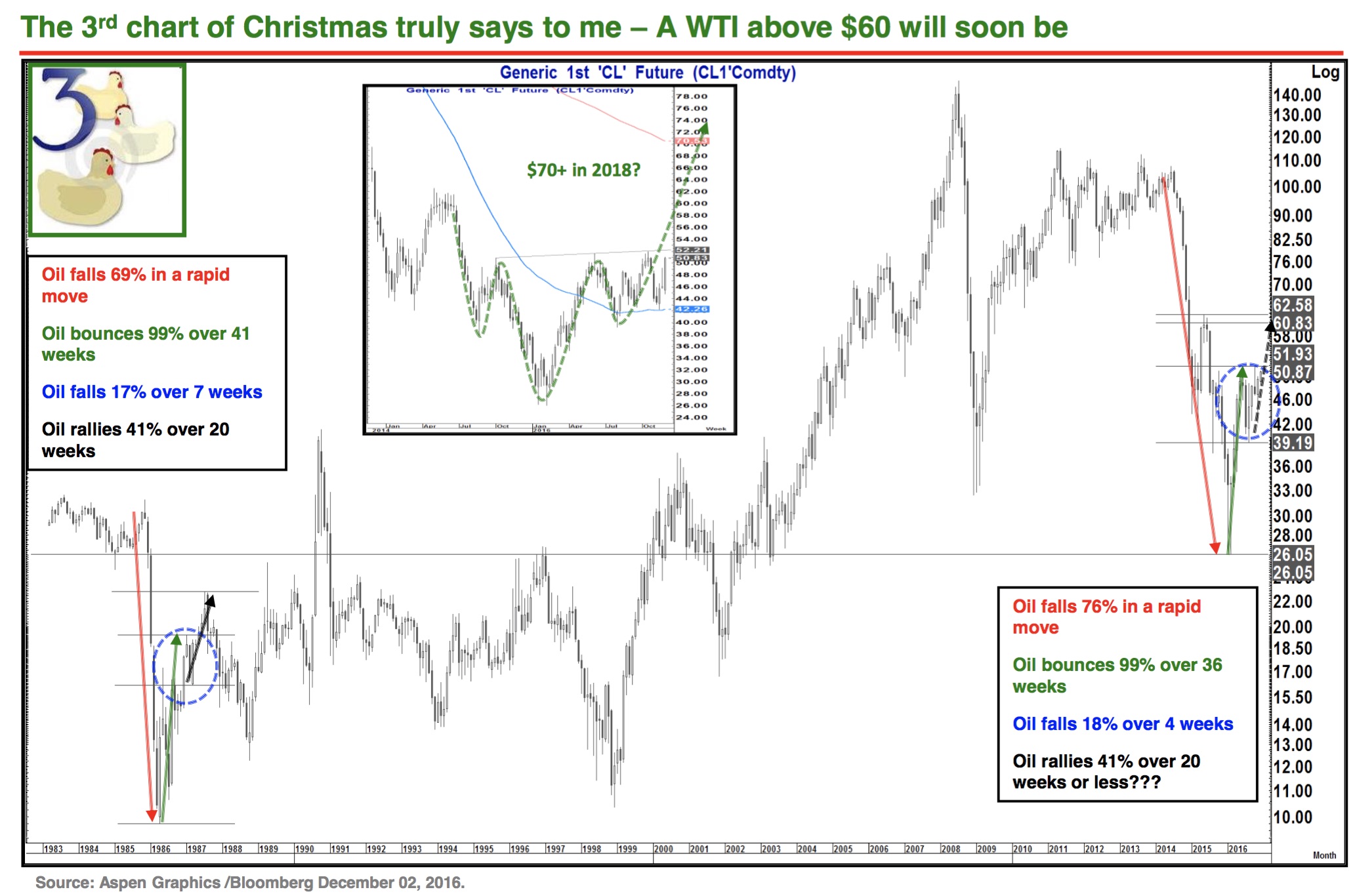 Tom Fitzpatrick continues:  With economic growth improving and likely getting more stimulus (Fiscal/infrastructure spending/HIA 2) and Oil rallying we would expect that range to be revisited in 2017 (see chart below). 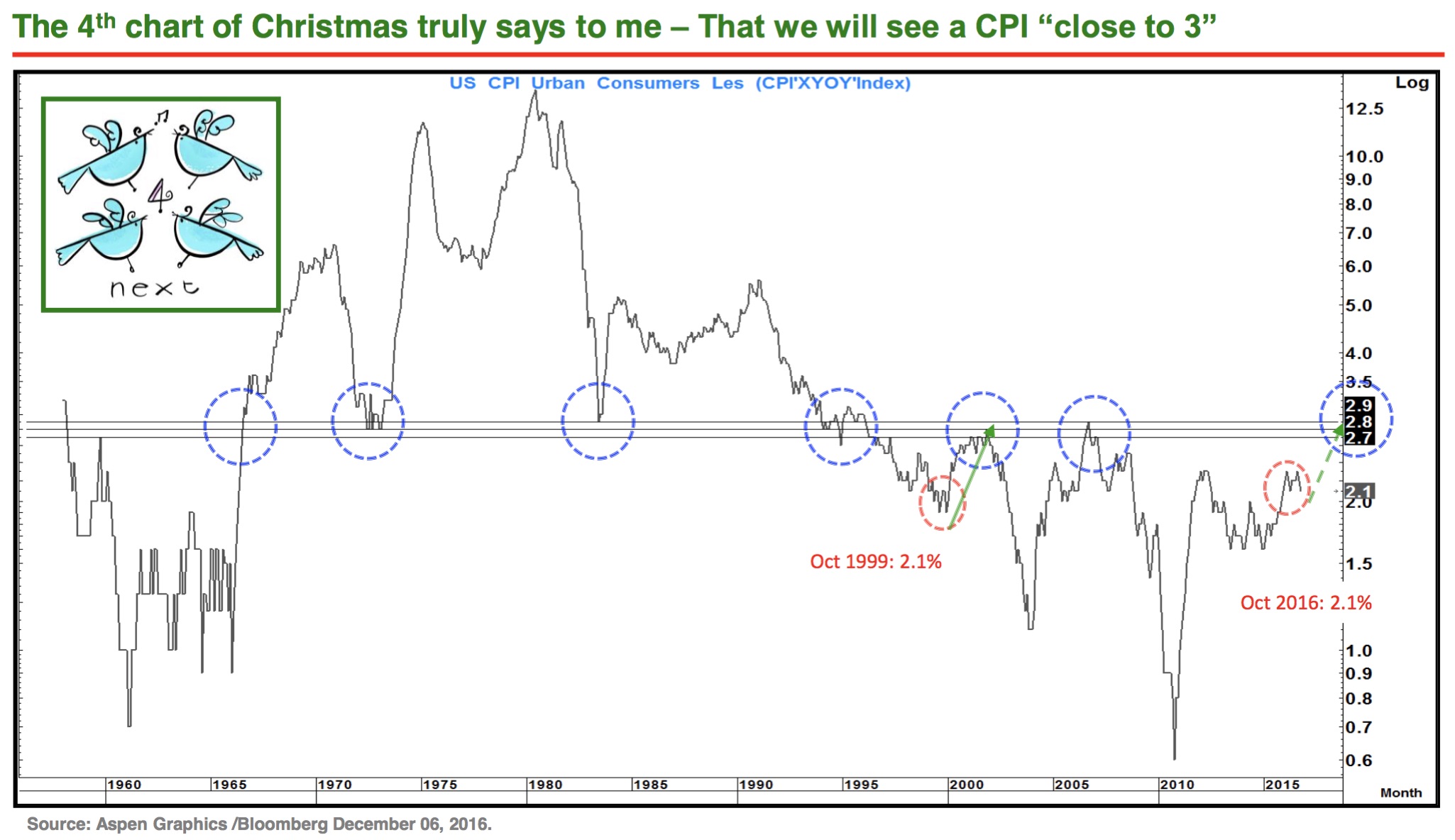 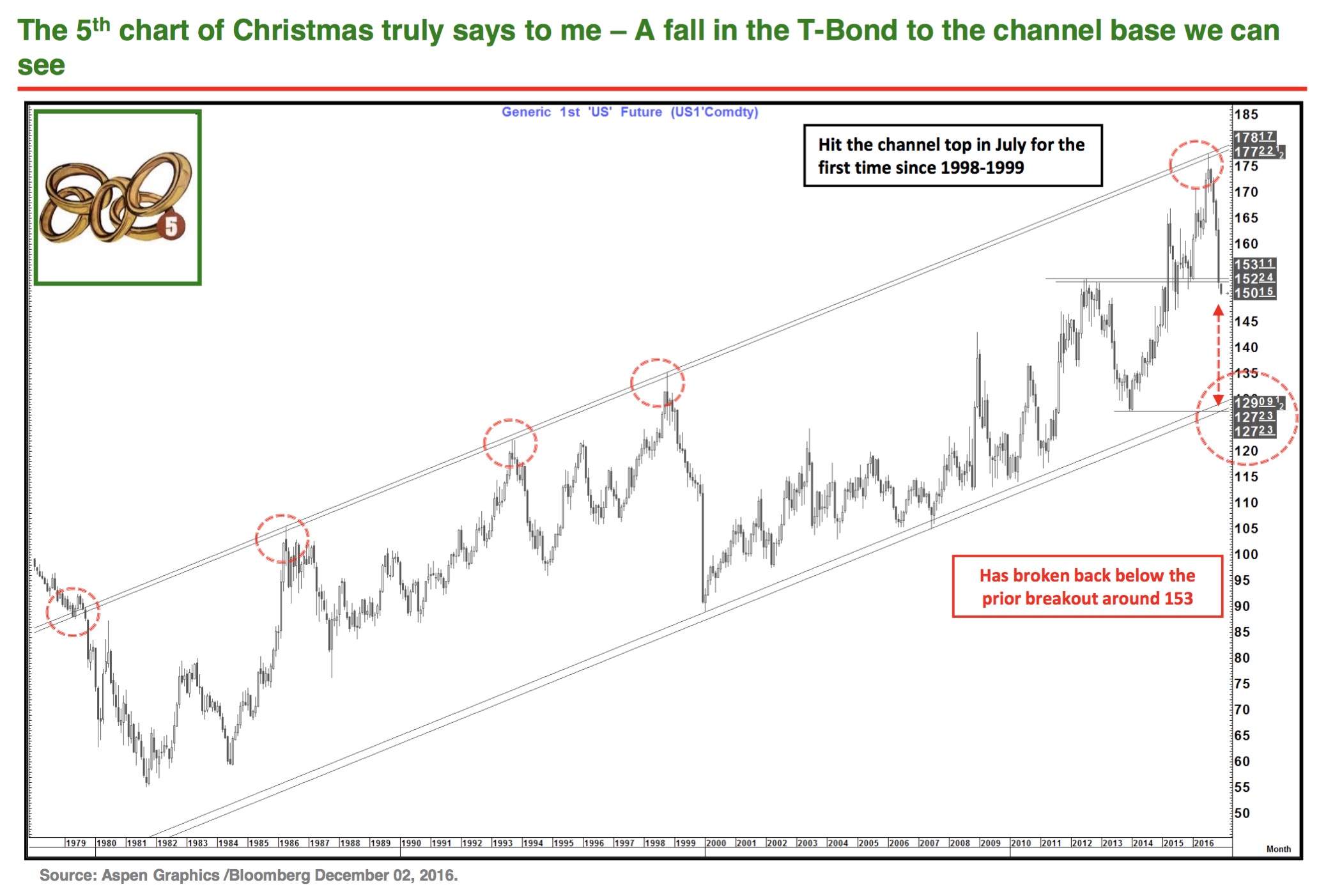 30 year yield: An outside year in yields would come if you post a lower low than the prior year (already done) then post a higher high than the prior year (3.255%) and close the year above that high. Such a development would suggest a move to at least the 4% area with the potential for an extension towards 5% and possibly even 5.5% further down the line. This potential also exists on the 10 and 5 year yields (see chart below). 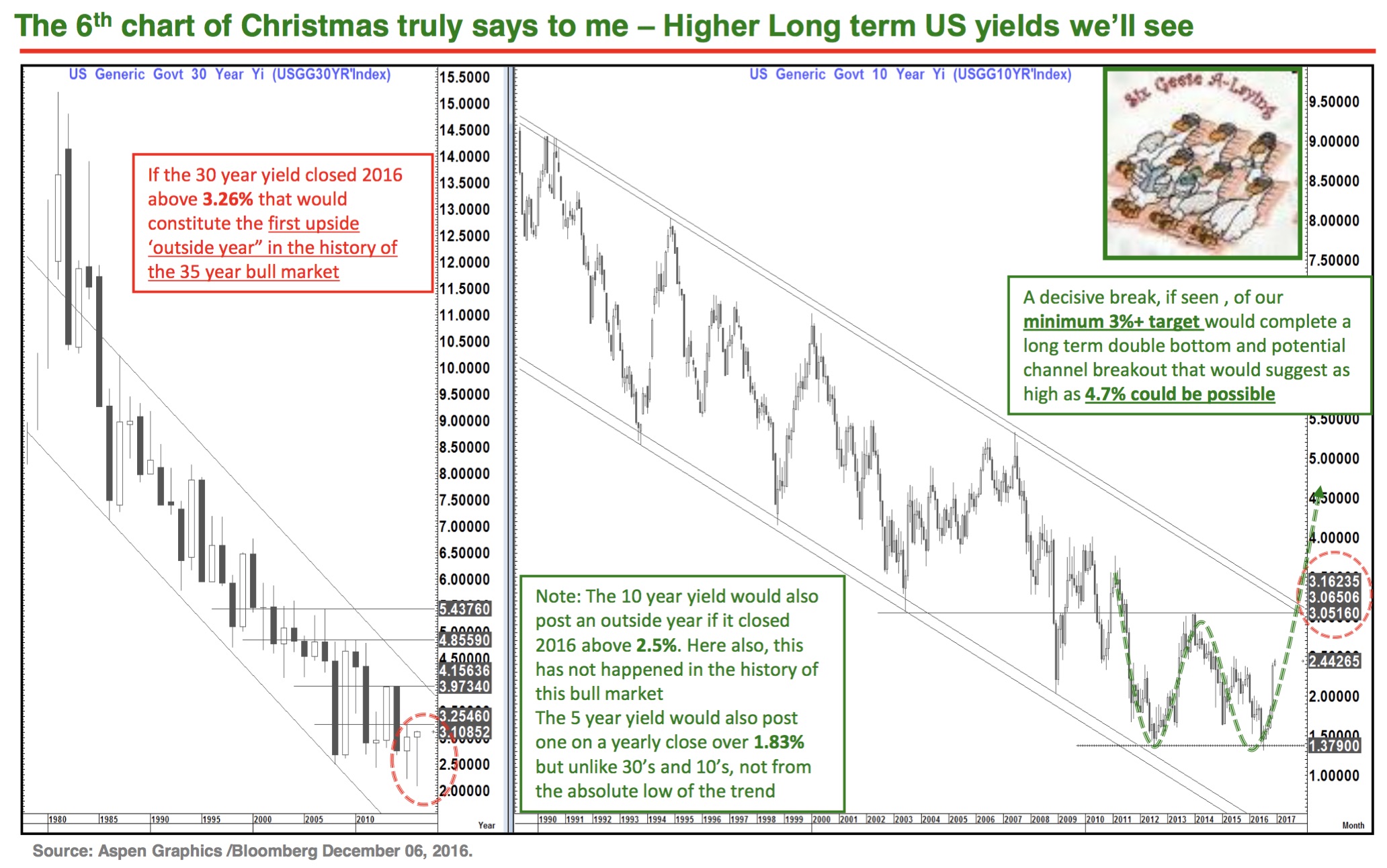 King World News note: Higher interest rates, coupled with surging inflation should be bullish for both the gold and silver markets over the long-term.  2017 is shaping up to be a year that will shock the average investor and most likely leave them on the wrong side of major market moves.