The war in the gold and silver markets continues to rage, plus confidence and enthusiasm.

Battle In Silver
June 3 (King World News) – James Turk:  The battle for $28 is not over with this uptrend line break, nor has the war for a freely traded gold & silver market ended. The bulls now need to regroup by testing support & if $27 area holds, I expect another attack on $28 in a week or so, but only time will tell. (See chart below).

Battle For $28 Silver Is Not Over 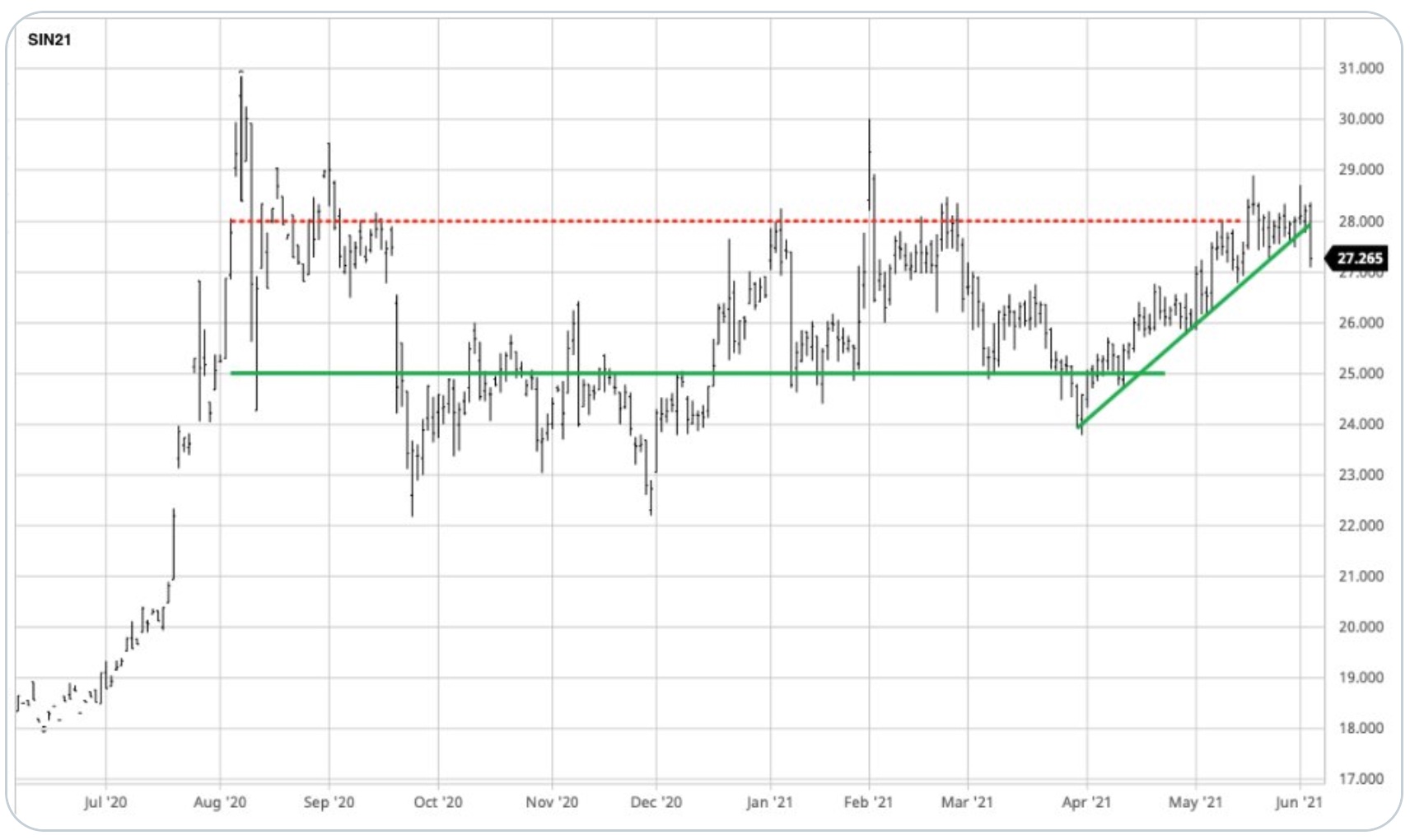 Gold
Ole Hansen, Head of Commodity Strategy at Saxo Bank:  An overdue and healthy correction has started in Gold with the latest weakness triggered by corrections in silver and copper. While the RSI returns to a more attractive entry level, the downside risk is focusing on $1869 (21 DMA) followed by $1842 (200 DMA) (see chart below).

Healthy Correction In The Gold Market 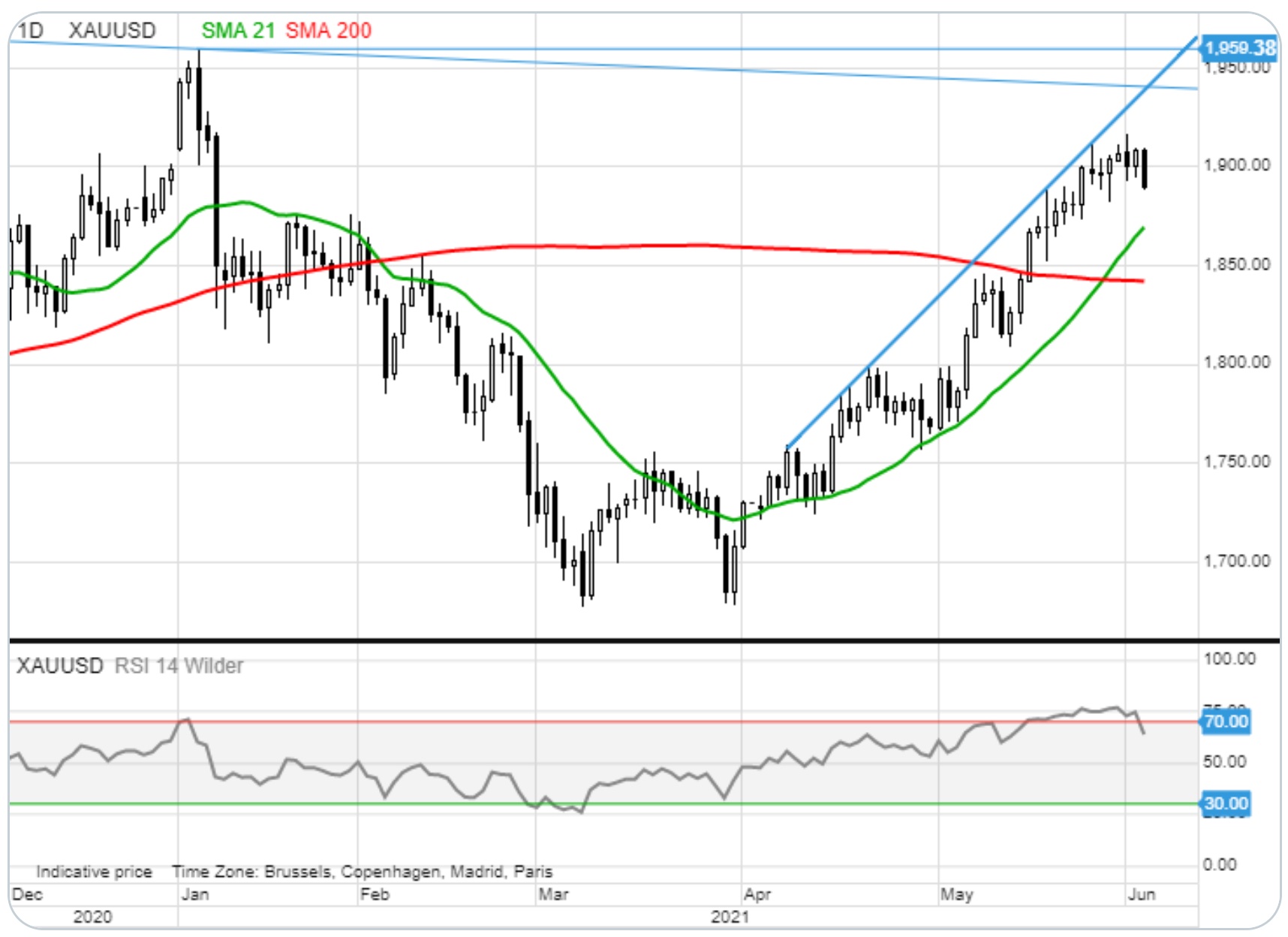 Confidence And Enthusiasm
Here is an important report from Jason Goepfert at SentimenTrader:  For more than six months, investors have had shown at least Returning Confidence and even Enthusiasm. That’s according to the latest correlations to a Typical Sentiment Cycle.

The idea of a repeatable pattern of investor behavior is questionable because the environment and inputs are always different. Human behavior is relatively constant, though, so many use some version of the Cycle popularized by Justin Mamis in his 1999 book, The Nature of Risk. 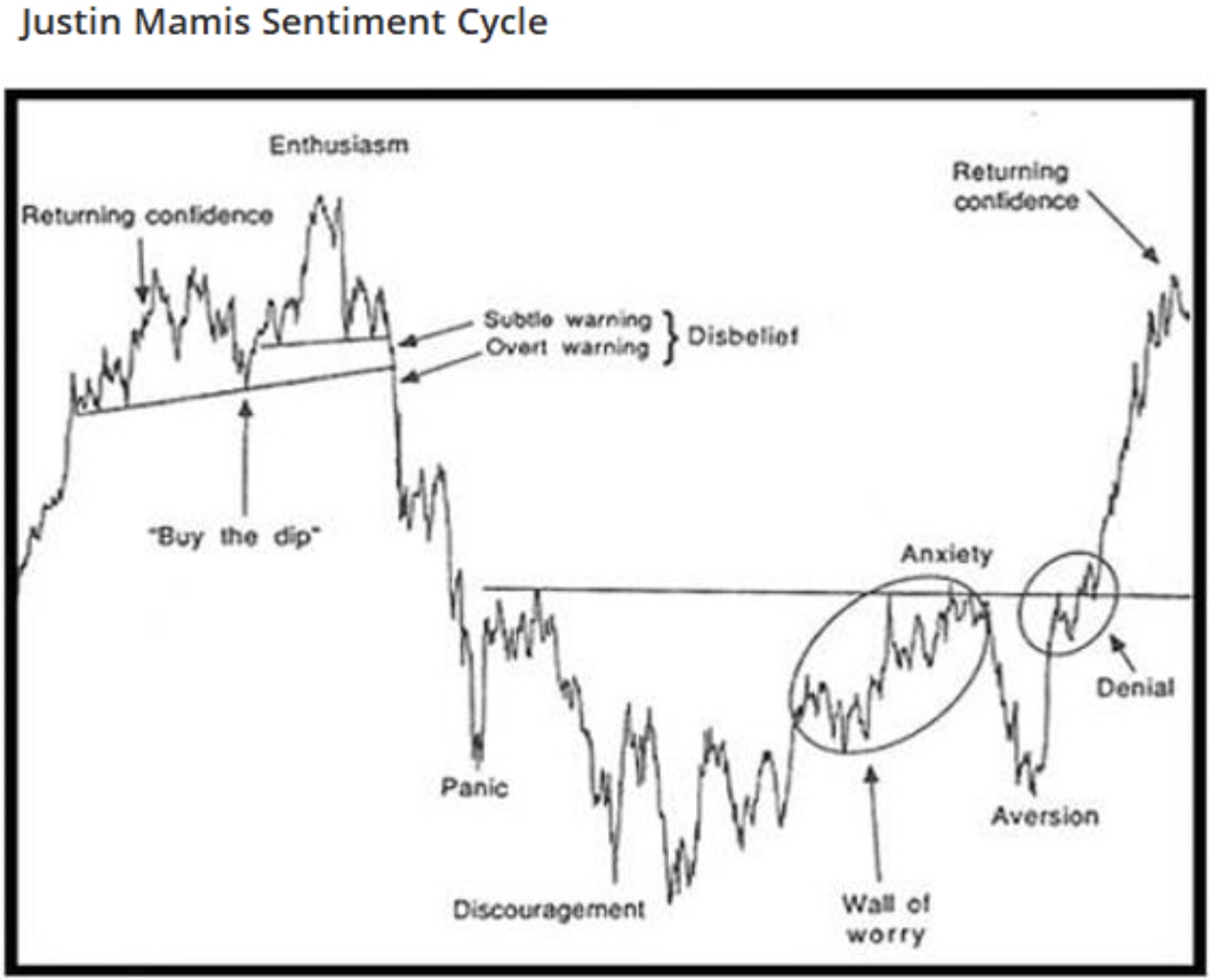 There are essentially 4 major parts to the cycle: 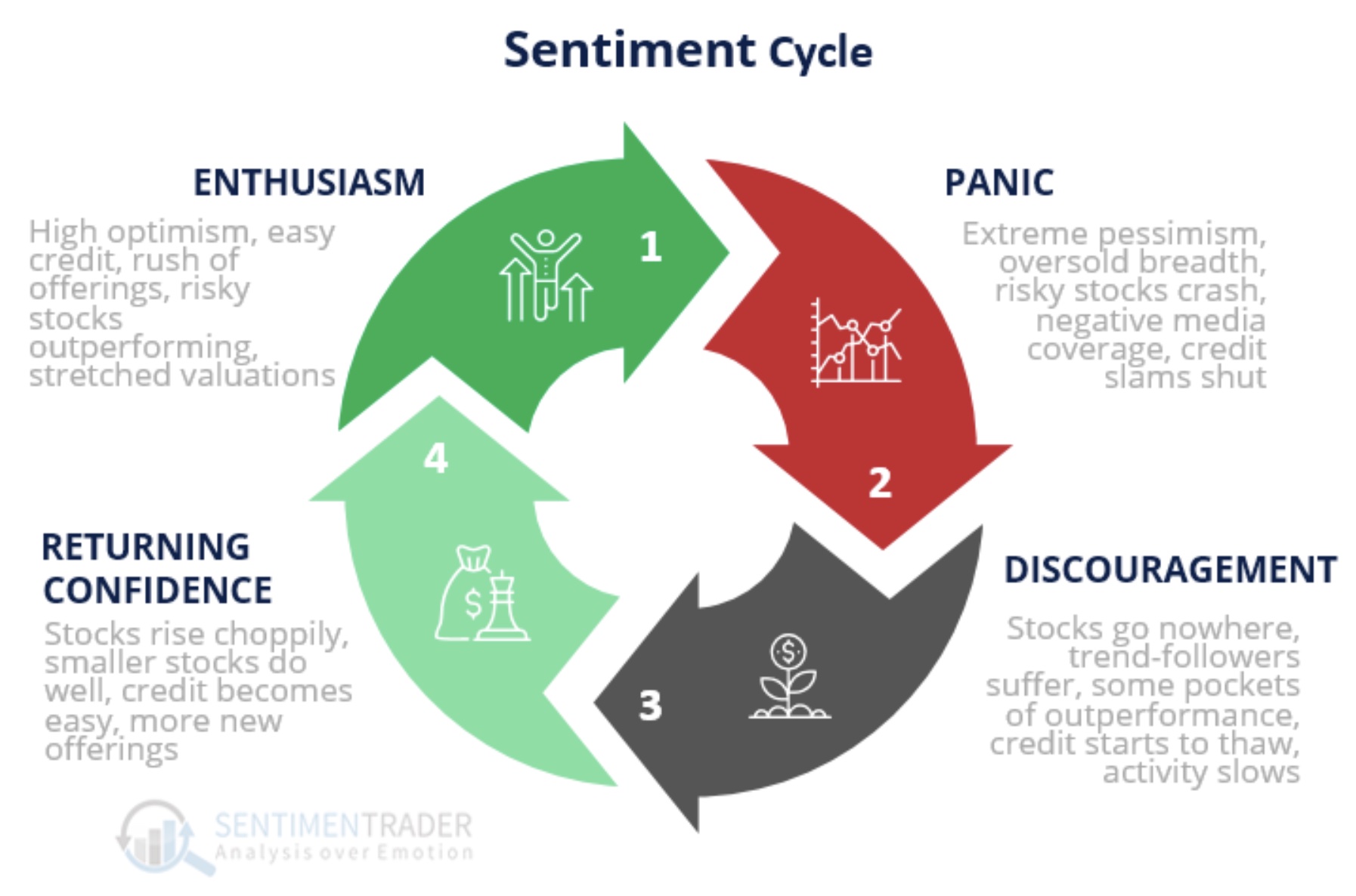 WHERE WE ARE NOW
If we go back to 1928 and compare all periods to that 1990-1991 period, we can see the correlation we have to each part of the Cycle. When we do that, we get the following estimates for where we are in the Cycle:

The correlations range from -1.0 (perfect opposite) to +1.0 (perfect symmetry). Based on that, there is a strong probability that we’re in the Enthusiasm phase. Last September, the correlations suggested we were moving into the Returning Confidence phase, a good sign. It stayed there for a while, then moved into Enthusiasm near the end of last year. 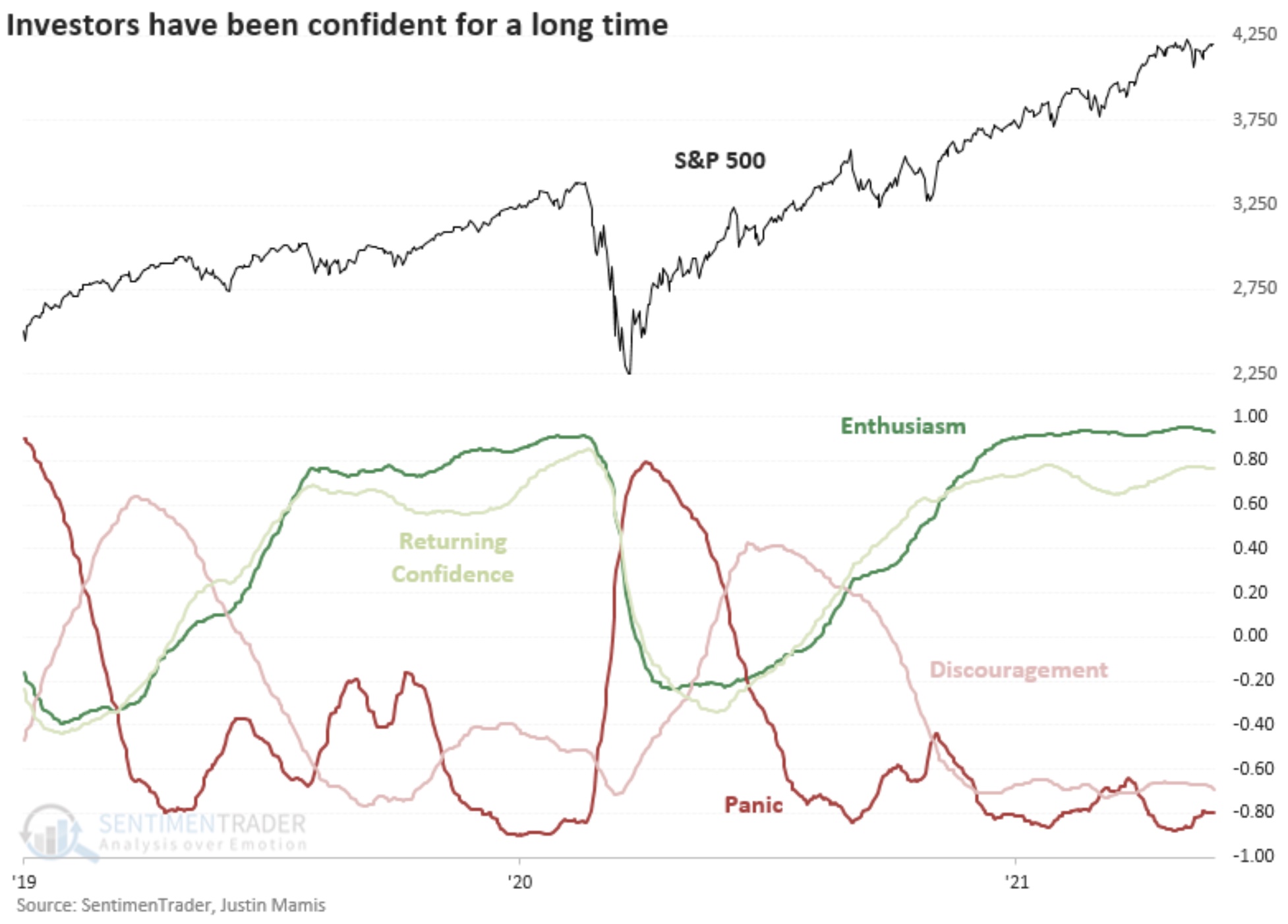 So, it has been more than six months, 140 days to be exact, that the price pattern of the S&P 500 has had at least a +0.60 correlation to both Returning Confidence and Enthusiasm, while also showing at least a -0.40 correlation to Discouragement and Panic.

That has moved us into the top 15 stretches of time with this kind of confidence among investors. 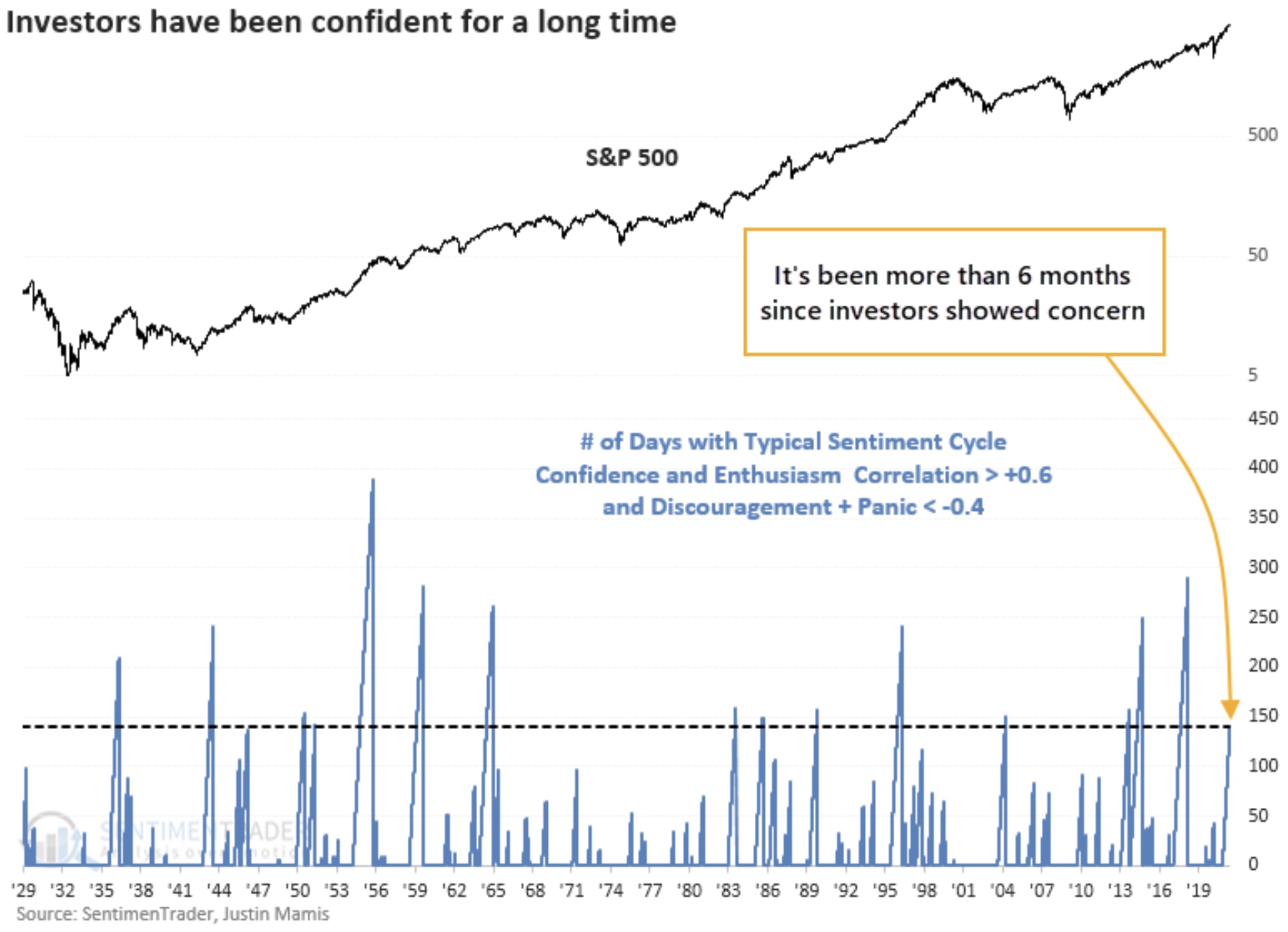 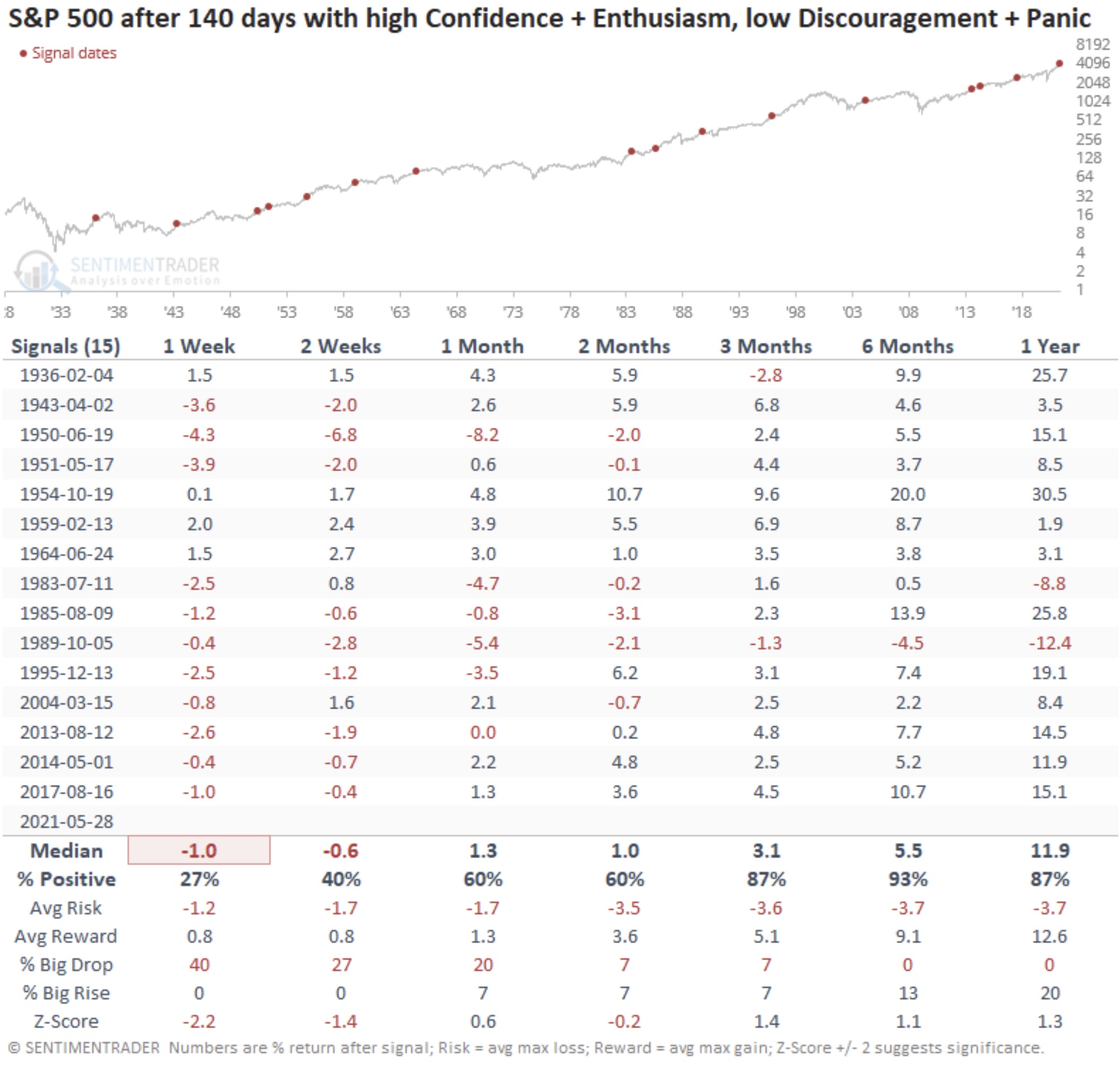 Longer-term, the S&P showed more resilience. Over the next 3-12 months, there were few losses, and the risk/reward was quite positive.

The biggest risk is that some trouble spots like valuation and inflation take hold, and investors’ confidence starts to ebb. That could help trigger a very rocky short- to medium-term environment. The biggest positive we can see right now is that momentum has been so strong that it tends to persist, and so far, we’re still not seeing many internal warning signs of deterioration. This is another example of why Jason Goepfert is the best in the world at what he does – providing actionable market data. To subscribe to the internationally acclaimed work Goepfert produces at SentimenTrader CLICK HERE.