After a massive sell order helped push the price of gold lower the past two trading sessions, below is an important update on the war that is raging in the gold and silver markets.

King World News note:  Below you can see the commercial hedgers position in the silver market market.  Note that commercial hedgers been adding to their short positions and have hit a new high in terms of their overall shorts (see multi-year chart below). 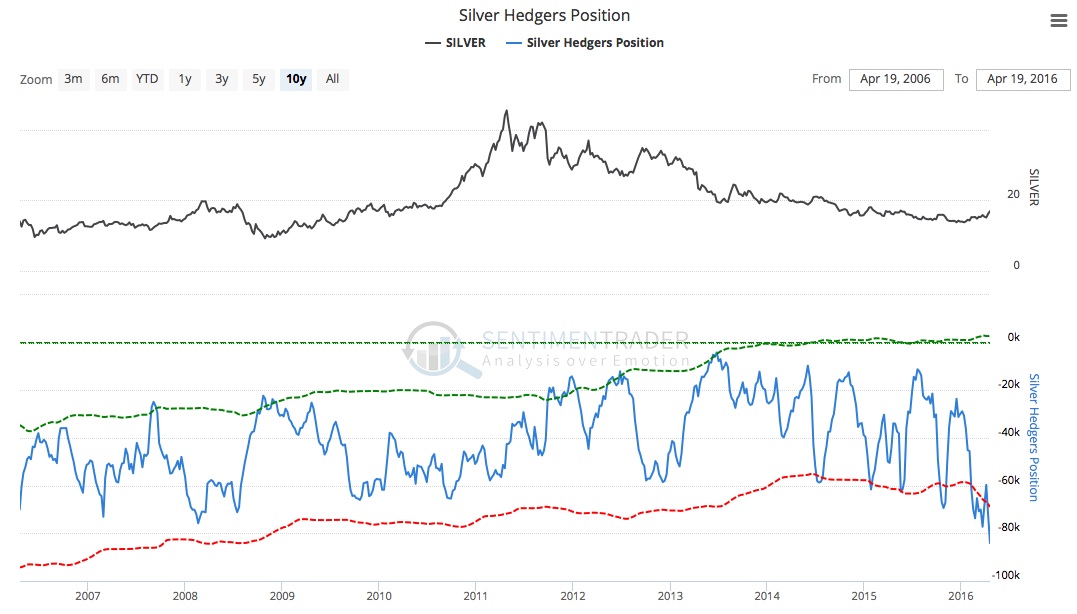 The commercial shorts are now at a level that raises serious concern.  In fact, the commercials are close to one of their largest short positions in history.  The last time the commercials held this large of a short position in silver was in 2008.  Again, that does not mean that the price of silver cannot head significantly higher in the short-term. 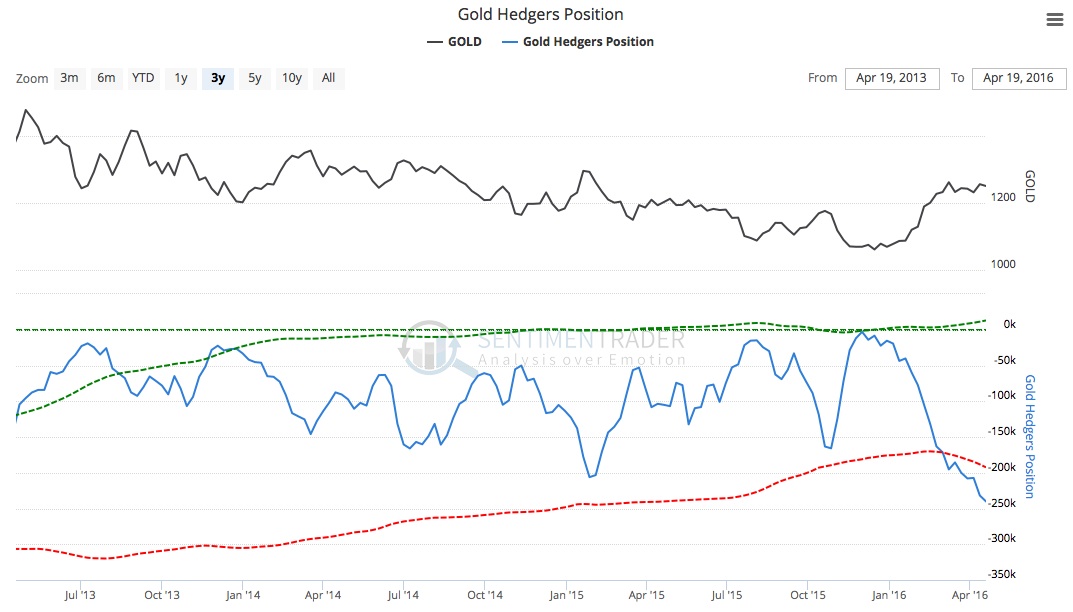 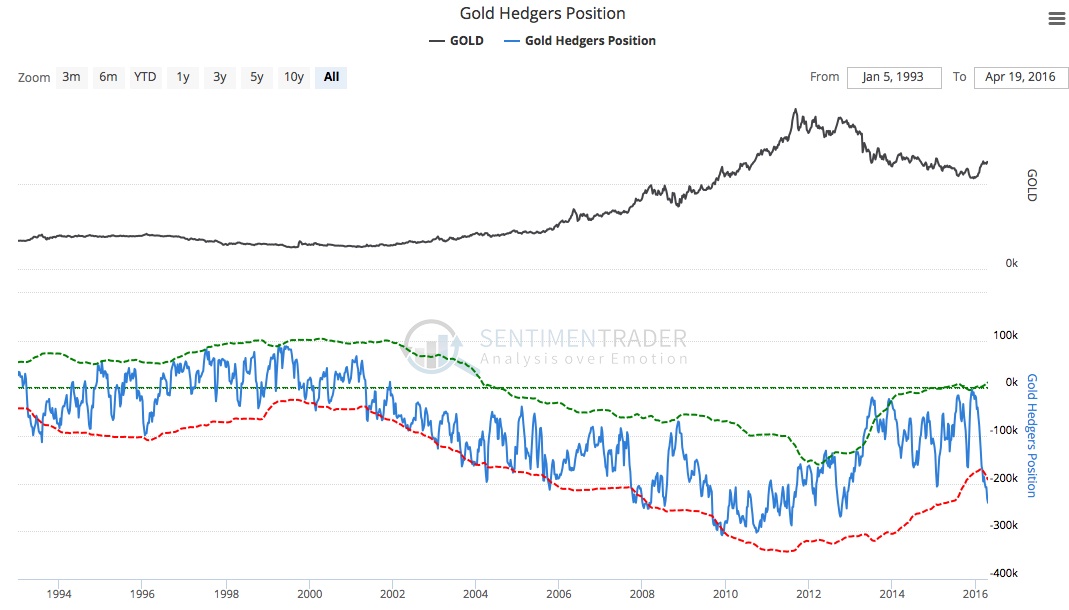