The upside moves in silver are going to be historic, plus a look at a stunning drop.

Big Picture For Silver
August 20 (King World News) – Graddhy out of Sweden:  When precious metals are in a large correction, it is wise to remember the big picture. The coming upmoves are going to be historical, in more than one way. When that blue line backtest is done, we should be on our way again.

Upside Moves In Silver Are Going To Be Historic 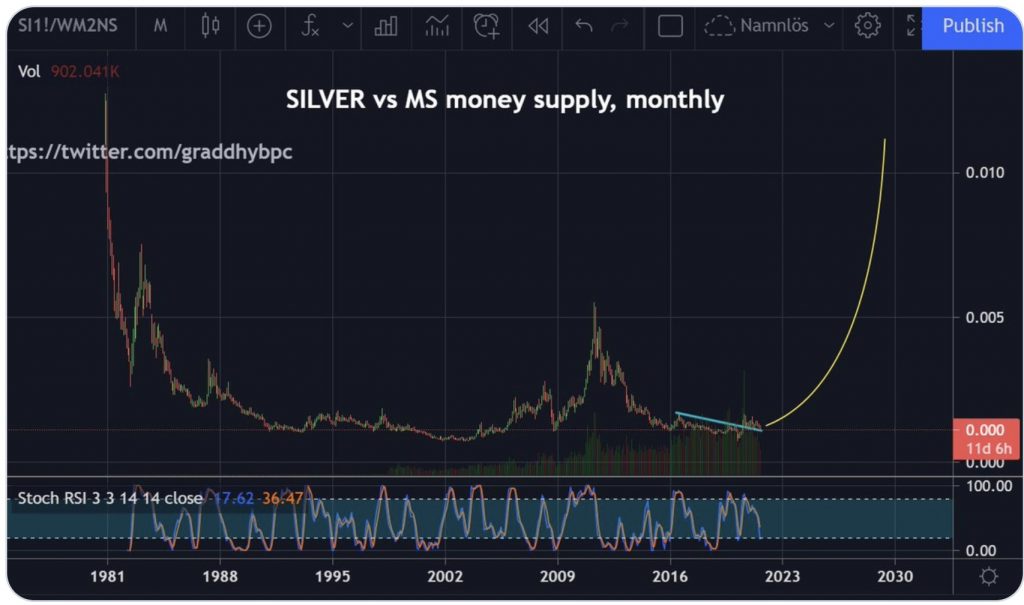 Stunning Drop
Jason Goepfert at SentimenTrader:  Politics is playing havoc with how people feel about everyday life, and it’s even overriding how they usually feel about topics that aren’t necessarily as influenced by our representatives.

The preliminary Consumer Sentiment survey for August by the University of Michigan showed a stunning drop. Not only is the survey relatively low, but it was also the biggest miss in 20 years relative to economists’ expectations. Granted, this could change substantially when the official reading is released in a couple of weeks. We wouldn’t normally even discuss it, but we’ve gotten quite a few questions about market performance after readings like this. 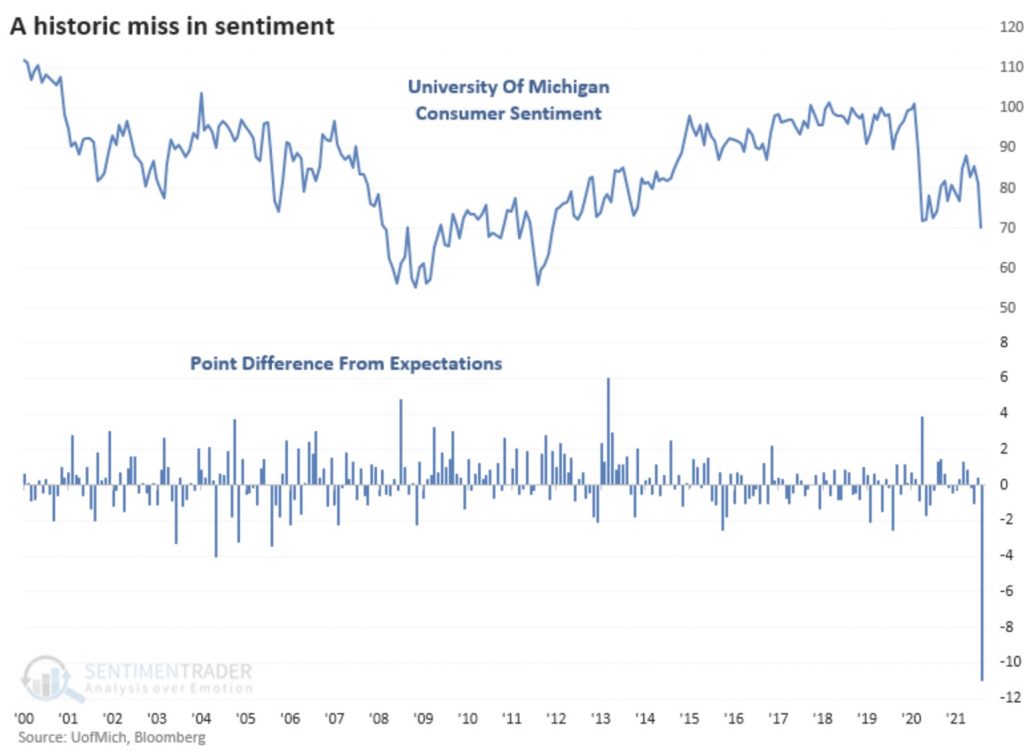 ONE OF THE ODDEST READINGS IN 40 YEARS
This is an abnormally low reading given how the S&P 500 has fared over the past year. There is a positive correlation between the 12-month rate of change in the S&P and the Consumer Sentiment readings, and this month really stands out as an outlier. 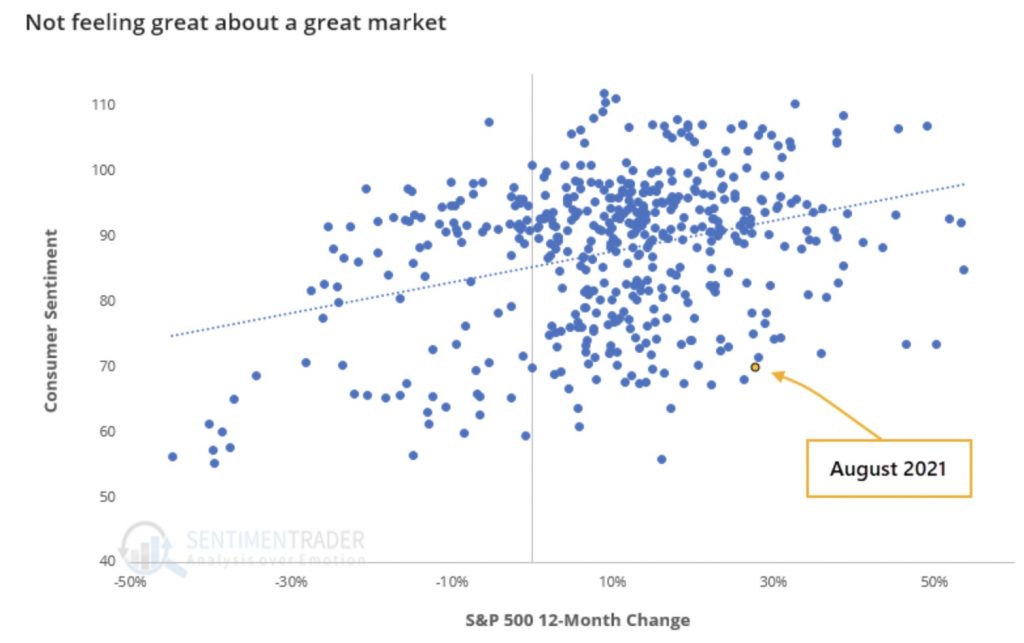 Assuming the S&P doesn’t completely fall apart in the coming weeks, this month’s reading would be the 2nd-lowest all-time for any month when stocks closed at a 12-month closing high. Only December 1991 would have a lower reading.

A low Consumer Sentiment reading during a month when the S&P closed at a new high tended to be a good sign. We DO NOT yet know if this will trigger this month. It’s just a preliminary reading, and the S&P may not close at a record high if it stumbles in the next couple of weeks. 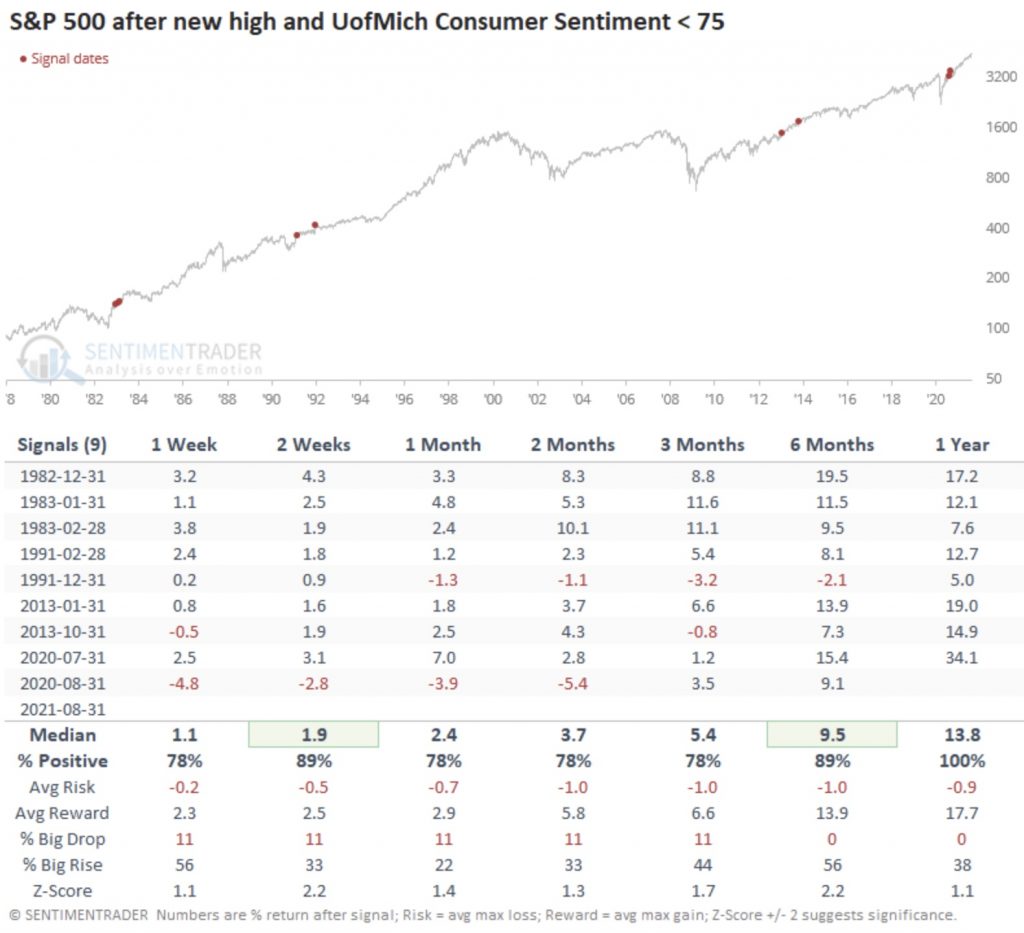 Across all time frames, the S&P’s returns were above average, with a very good risk/reward ratio. Losses were minimal, and a year later, there were none of them. So, if the index holds up and if the final sentiment reading isn’t adjusted too much, this should be a long-term positive.

A BIG CHANGE, AND A BIG MISS
It was also a good sign when the survey showed a large drop from the prior month despite a new high in stocks. 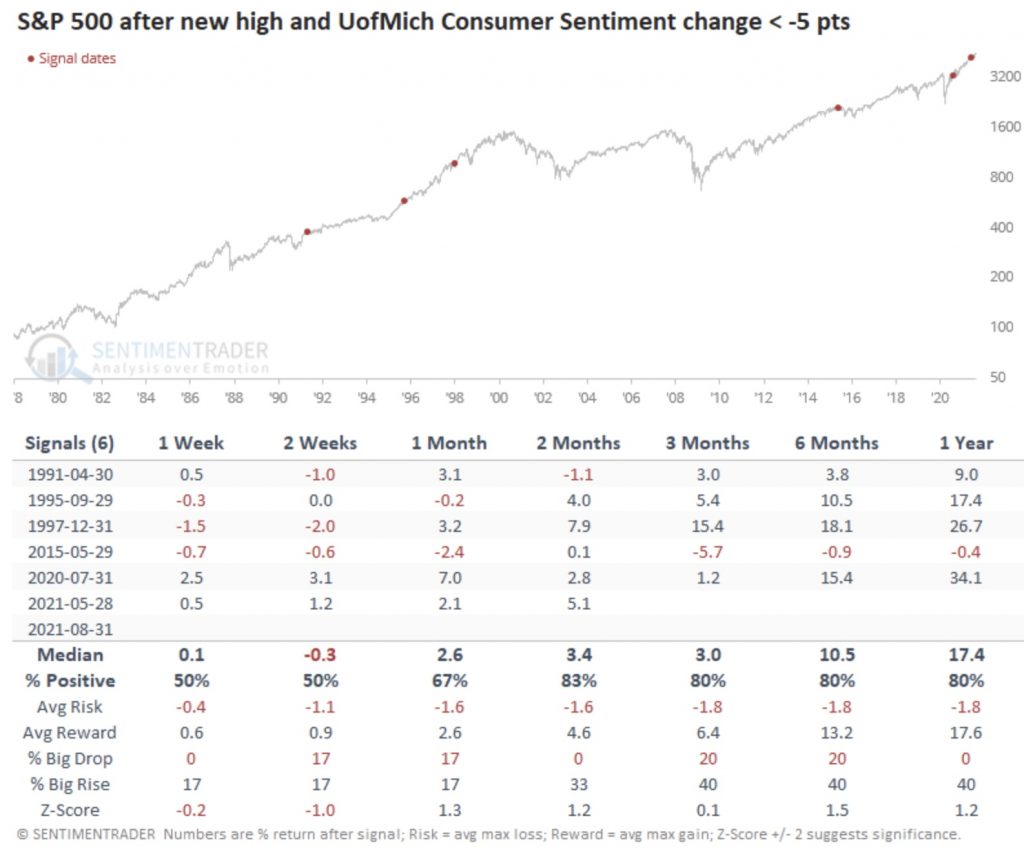 Again, the S&P showed above-average returns across most time frames, with only minor risk, though the sample size is painfully small.

One caveat is that returns were poor when Sentiment dropped significantly below economists’ expectations despite a market making new highs. We should read as much into this one as the figures may change substantially once the final results are released at the end of the month. 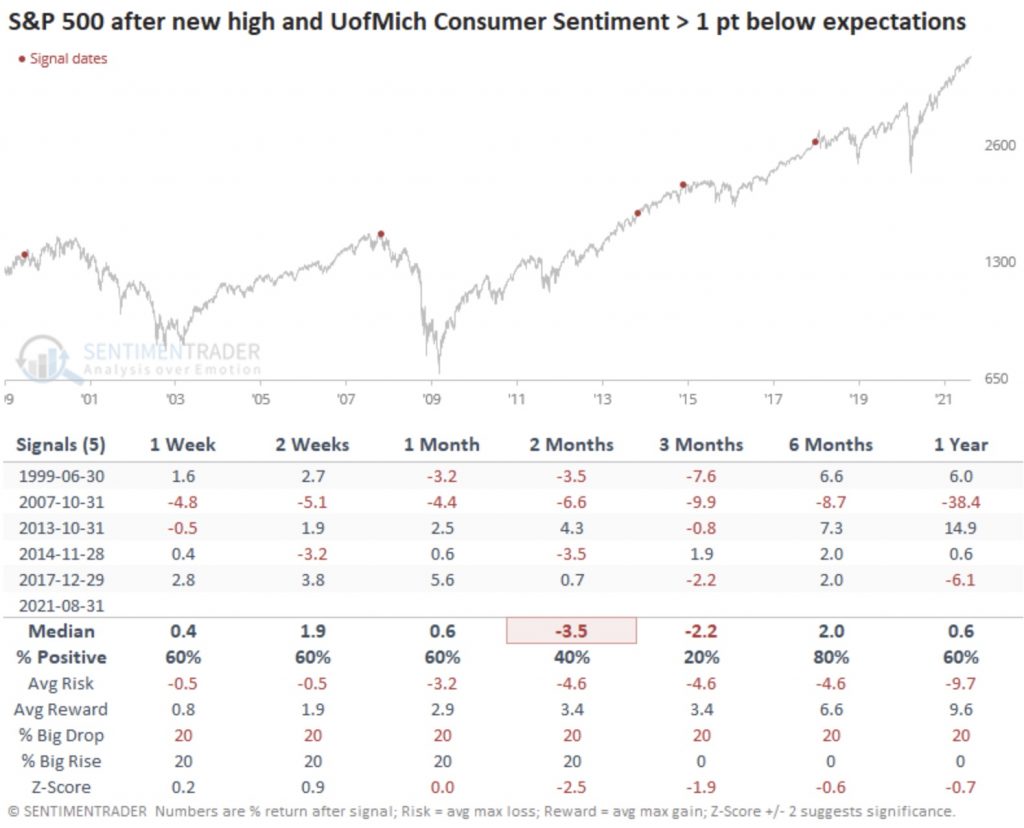 This is a messy, muddled market. Price trends in the major indexes show exemplary consistency, the kind of thing that tends to persist. But broader breadth measures haven’t been able to keep up, and they’re showing some strain. Buyers are showing less and less “oomph” with every push to new highs and counter to knee-jerk contrarian theory, this tends not to be a good thing.

We’ve highlighted clusters of negatives a handful of times since the start of the year, and all of them have failed, at least when using the S&P 500 index as a benchmark. That shouldn’t be ignored – we’ve shown many times in the past that when a market doesn’t do what it “should” do, often there is a structural reason that will keep it going. So we’re left with a hodgepodge of semi-compelling signs in both directions, which doesn’t exactly inspire confidence for bulls or bears. Typically, this kind of condition would lead to a short- to medium-term drop with a longer-term recovery, but confidence is low right now to expect anything typical in 2021. This is another example of why Jason Goepfert is the best in the world at what he does – providing actionable market data. To subscribe to the internationally acclaimed work Goepfert produces at SentimenTrader CLICK HERE.