Today one of the greats in the business said, “The upside for gold is multiples of the current price,” plus a look at some stunning charts.

Gold
January 14 (King World News) – Egon von Greyerz:  The upside potential for Gold is multiples of the current price, especially since the currency debasement will accelerate as money printing accelerates. Gold is the king of wealth preservation and should be held in physical form outside the banking system…

To The Moon Alice!
The Daily Shot:  China’s exports hit a record high.

Chinese Exports Have Been Skyrocketing 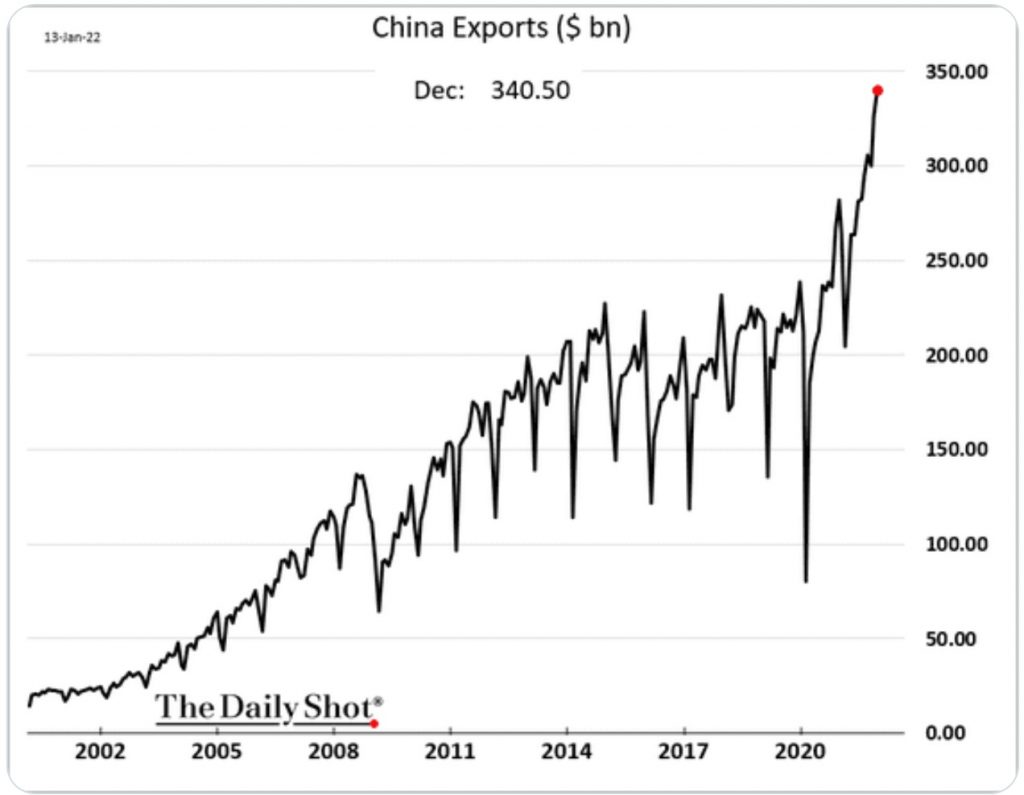 Eating The World
Holger Zschaepitz:  BlackRock is eating the world: Became the first public asset manager to hit $10 trillion in assets, propelled by a surge in Q4 flows into its ETFs. Investors poured a net $104 billion into ETFs in the three months ended December 31. 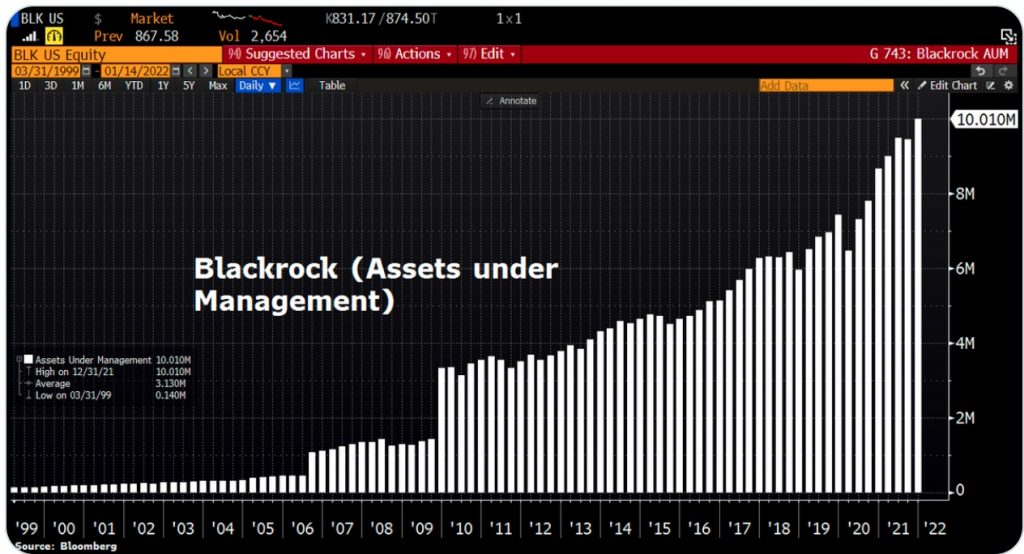 BUBBLE DEFLATING:
ARK Collapse Still Has A Ways To Go
On The Downside 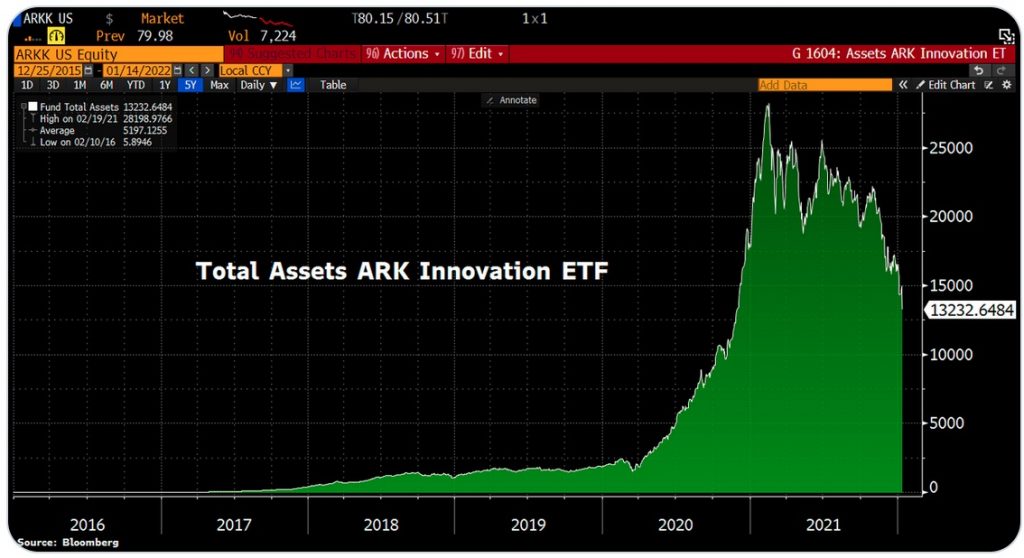 Gold
Graddhy out of Sweden:  Gold is holding the blue breakout for 3rd day today. Needs to get above 1833 pretty soon. Above 1833 opens up for 1880. Volume thin zone just above so could move quickly. Bounce in USD should not be large here as USD should be in yearly cycle decline now. 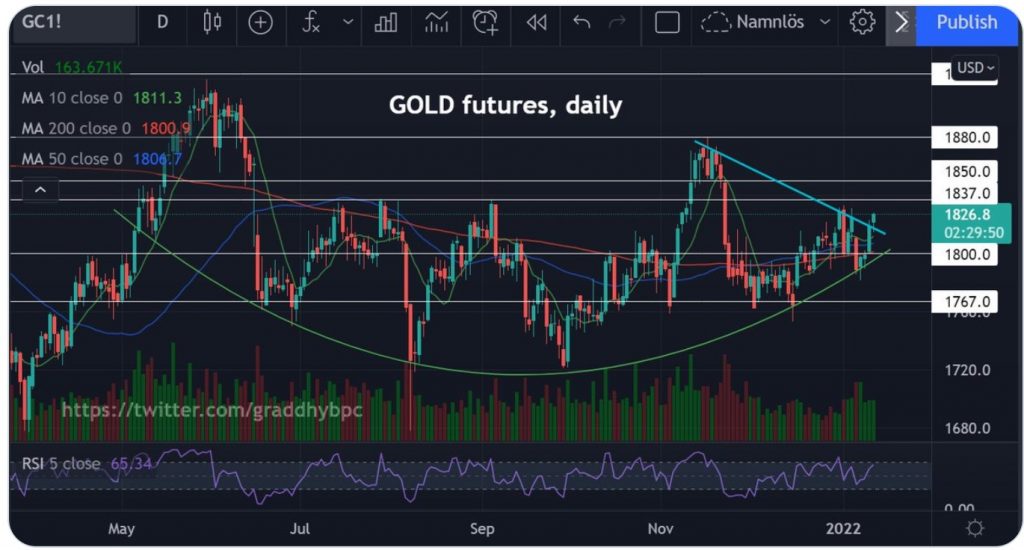