With global stock markets plunging, today King World News is featuring a piece that warns a massive global stock market crash is just getting started.  This piece has 3 remarkable illustrations and also warns the world is about to enter a deflationary black hole.

By Clive Maund, Founder of CliveMaund.com

January 14 (King World News) – "Just how much longer does any reasonable investors expect this bull market to go on? Despite what the "this time it's different cord" want to believe, markets have a nasty habit of demonstrating their cyclical behavior at the most inconvenient time for the crowd. After being shepherded skillfully higher by the Fed and the banks and the media machine for years now, if this thing breaks it is likely to be horrendous. With Dr Copper going into crash mode now, the stock market is set up to do likewise soon. If ever there was a time for bear ETFs and Puts, this must be it (See chart below). 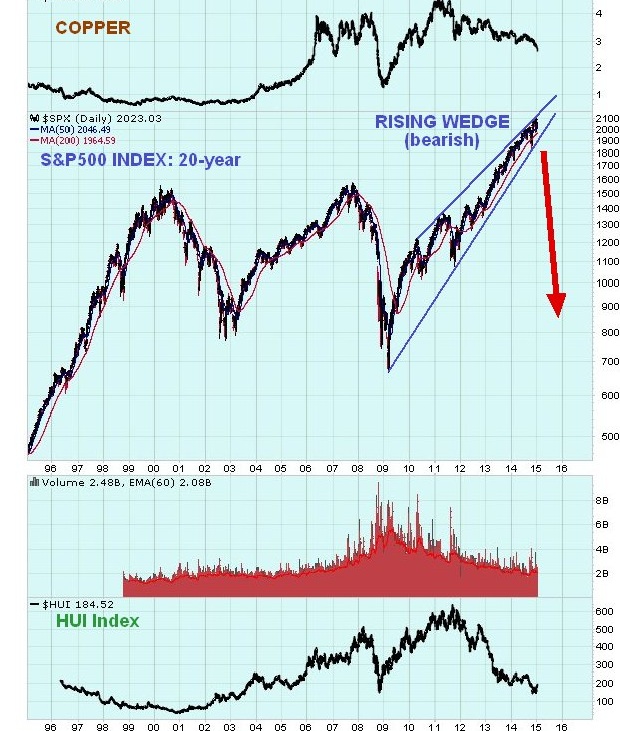 The copper crash has started, rosy looking COTs or not (see chart below). It should now plunge as deflationary fears intensify, then it's battle stations for the Fed and other world Central Banks, resulting in – you guessed it – the birth of QE4. The provisional downside target for copper is near the 2008 lows at $1.25. World stock markets should crash imminently. Go to cash or better still bear ETFs and Puts. On the announcement of QE4 we should see a violent reversal to the upside. 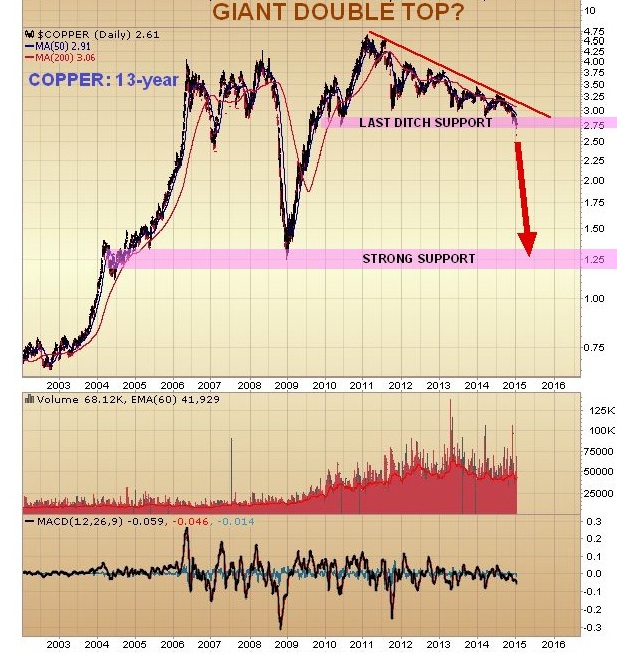 With copper starting to crash it looks like it's "game over" at long last for the broad market, and it now looks like the Dome Top shown (below) will force the index back down. This is an excellent point to short the market, buy bear ETFs and Puts etc. Most bears, having been bearish prematurely, will be exhausted and too timid to give it a go, and ironically, having lost money shorting the market as it has continued higher, will stand impotently on the sidelines watching with dismay as it caves in. What is likely to happen, after it has dropped a lot, is that the Fed comes riding to the rescue as the valiant white knight with QE4. Watch out for that as it will be the signal to reverse position to long again. 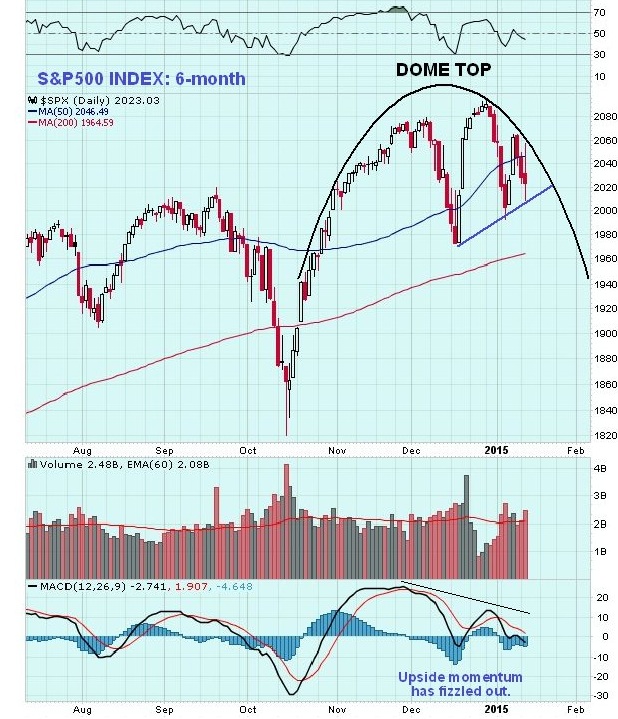