On the heels of gold price breaking below $1,275, one of the greats in the business says there are now massive premiums in India as global gold demand remains strong.

Recalculating
By Trey Reik, Senior Portfolio Manager, Sprott USA
April 17 (King World News) – We would characterize the tenor of gold markets during the week of 4/8 as modestly disappointing. “Modestly,” because spot gold traded essentially flat, declining 0.1% to $1,290.35, in concert with flat 10-year Treasury yields (down 1 basis point).  “Disappointing,” because gold’s mid-week surge to $1,310.69 petered out by week’s end, despite a (weekly) decline of 0.5% for the U.S. Dollar Index (DXY)…

On the bright side, physical demand in global gold markets remained strong, with measured A.M. Indian ex-duty premiums (see Paper Tiger) averaging $8.92 for the week. As the gold price has oscillated around the high-profile $1,300 level throughout 2019, it has become increasingly apparent that strong demand from Eastern (physical) markets below $1,300 is roughly offsetting a lack of urgency in Western (paper) markets above that price point. Pure and simple, potential new highs for the S&P 500 Index are always tough competition for gold enthusiasm in Western asset markets.

Because relevant gold fundamentals are predominantly long-term in nature, aligning their incremental progress with short-term price movements is always a frustrating endeavor. As with most long-term investment theses, gold investors can never confuse “inevitable” with “imminent.” Along these lines in recent weeks, gold has remained essentially range bound despite a backdrop of increasingly dovish official monetary signals. To date, investors have judged equities to be the default beneficiary of a synchronized global central bank pivot away from tightening bias. The Teflon buoyancy of U.S. equities has been especially vexing to us because the current episode of Fed policy softening appears to be developing into something far more dramatic than a traditional rate-hike swivel.

On 4/9, the Fed kicked off a telegraphed year of self-examination with Vice-Chair Richard Clarida’s keynote speech at the Minneapolis Fed entitled The Federal Reserve’s Review of Its Monetary Policy Strategy, Tools, and Communication Practices. Mr. Clarida’s three-part query focused on whether the Fed should a) temporarily permit higher-than-2% inflation (to compensate for prior years below the Fed’s target), b) expand its toolkit to boost the U.S. economy, and c) reassess appropriate transparency in public communication.

Given outstanding global debt levels, we are willing to concede that the Fed should logically consider its congressional mandate for stable prices (0% inflation) a bit too-close-for-comfort to actual deflation. But are investors now expected to accept that inflation even higher than the Fed’s self-appointed 2% target will also be a good thing? Cursory review of toolkit additions now rumored for Fed consideration should make any investor queasy. Prior to joining the Fed, Mr. Clarida had espoused capping long-term Treasury rates a la Japan, a concept now squarely under FOMC consideration. The panoply of academic options now being projected into FOMC discussion apparently includes direct Fed lending to state and local governments, as well as households and small businesses. The Fed might also endeavor to depreciate the U.S. dollar through purchases of foreign currencies or hard assets such as real estate or precious metals (why not—other central banks are doing it). 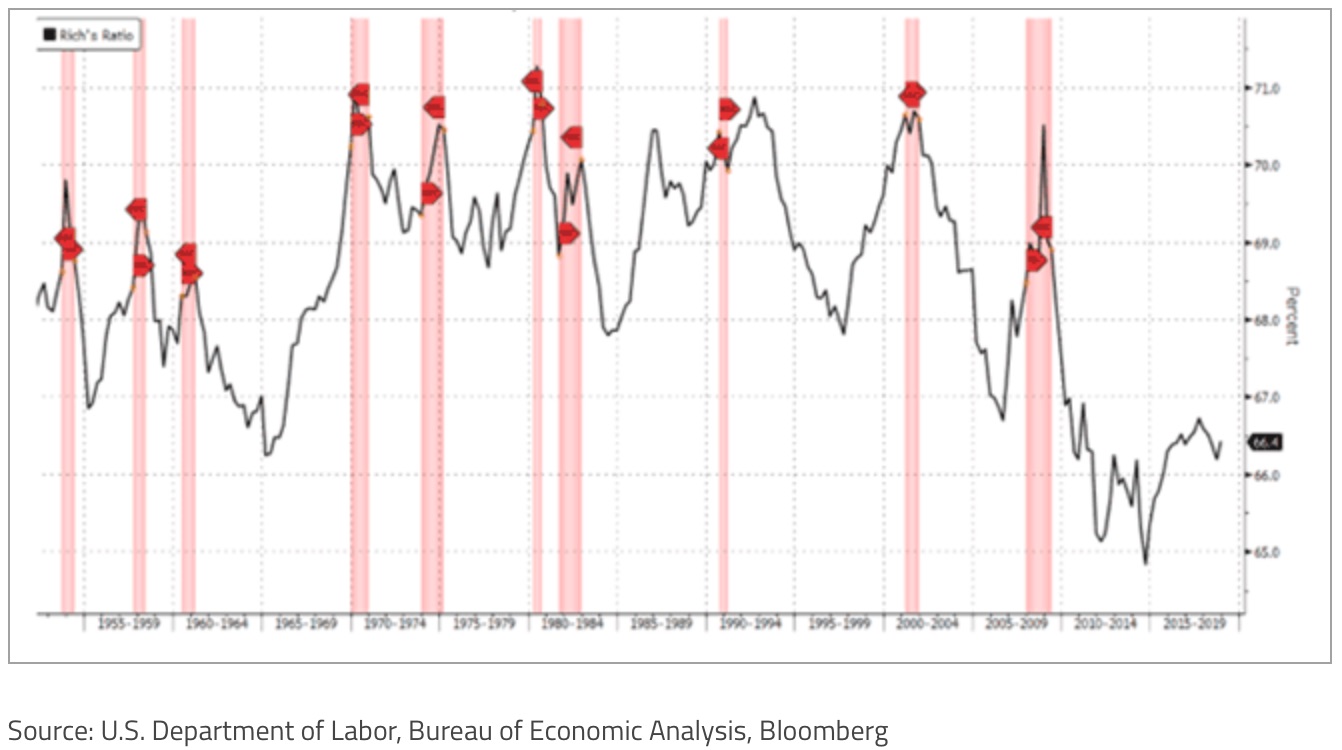 The Fed even appears to be considering income equality for addition to its self-appointed list of responsibilities. One of the panel discussions at the Fed’s 4/9 Minneapolis policy confab explored impacts of monetary policy on workers’ participation in GDP growth. During prior employment as Global Strategic Advisor to PIMCO, Mr. Clarida had developed a personal, proprietary model to estimate “the share of labor compensation in national income.” Mr. Clarida’s formula is 100 x (Household and Nonprofit Employee Compensation + 50% of Proprietor Income) / Ratio of GDP to National Income). As Bloomberg has memorialized in Figure 1 (4/15), “Rich’s Ratio” of labor participation in national income since the financial crisis has woefully lagged prior economic expansions. Governor Clarida beamed with pride from the Minneapolis audience as his proprietary formula was referenced, “I’ve been thinking for several years about this…so I’m really delighted that folks are thinking about it now.” 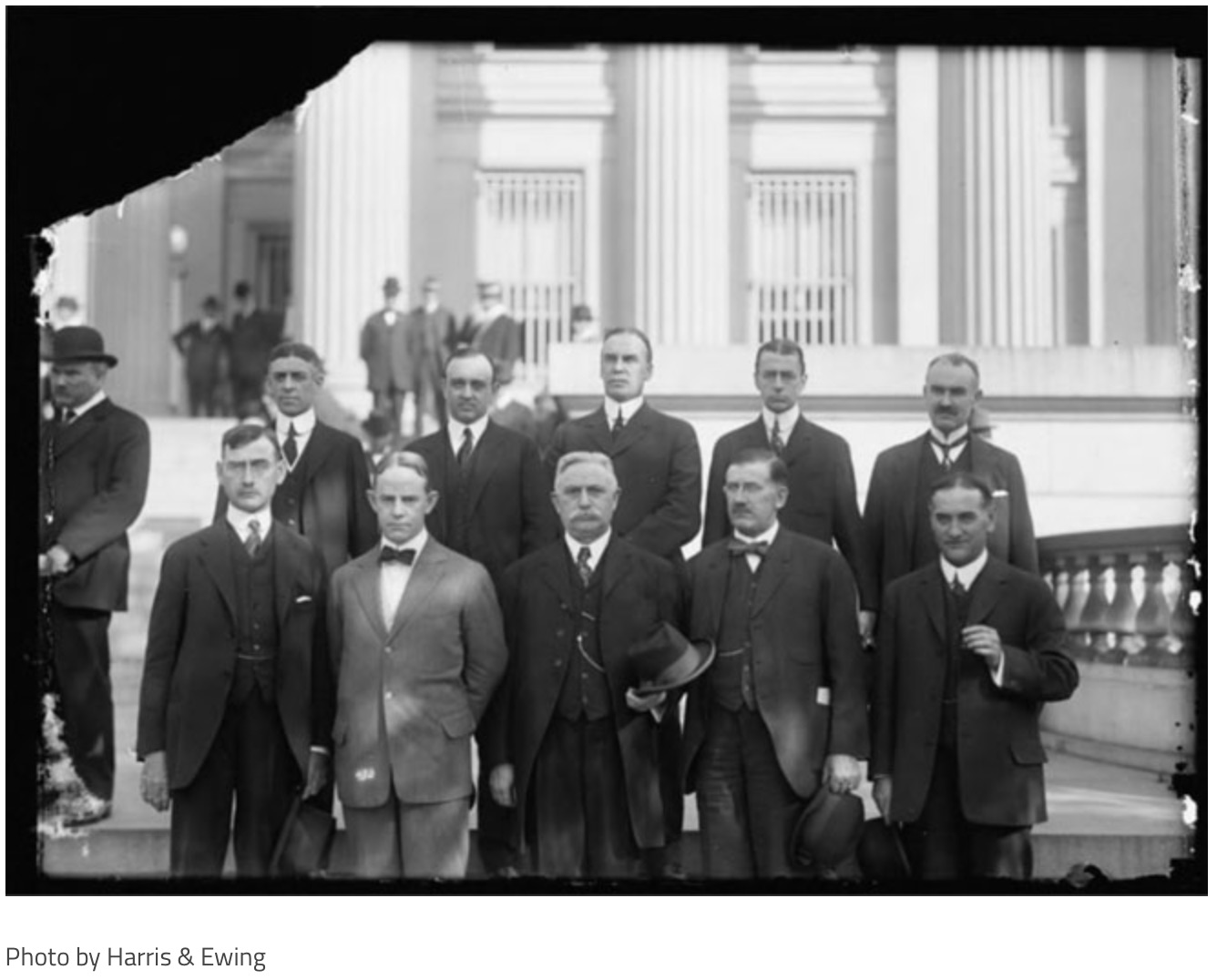 Truth be told, we are encouraged that Fed stewards may finally be recognizing the contributions of QE and ZIRP to escalating imbalances in the U.S. financial system.  True to form, however, our contemporary monetary mandarins, rather than scaling back their interference in free markets, appear to be focused on widening their toolkit to address economic problems at least partially of their own making.  We would assume that original Regional Bank Presidents of the Federal Reserve, pictured in Figure 2, would hardly have approved. In due course, we expect gold to concur.

Huge Validation
Brett Heath:  “Alamos Gold, a multi-billion dollar market cap and well-respected gold producer, just made an $8 million dollar bet on Metalla Royalty. This shows a high degree of confidence from some of the smartest minds in the mining sector that Metalla will be able to continue to be a top performing royalty company in the future. One of the best ways to make money in the mining sector is to manage risk. Metalla now gives investors exposure to 43 royalties on some of the most exciting gold projects in the world.

This transaction with Alamos Gold will give Metalla one of the most attractive development portfolios in the royalty sector. Billions of dollars will be spent by the underlying operators to bring these projects into production. Metalla’s investors will have the benefit to capitalize on the built-in growth and top-line cash flow that it will generate.” Metalla Royalty is the top performing royalty company in the world in the last 12 months, symbol MTA in Canada and MTAFF in the US. 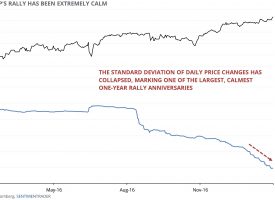