With the Dow tumbling more than 600, Art Cashin just highlighted what could be a huge problem. There is also a note on gold and silver.

This Could Be A Big Problem
December 4 (King World News) – Here is a portion of today’s note from legend Art Cashin:  On Inversions And Other Developments – Some parts of the yield curve have begun to invert. Here’s a bit of what my astute pal, Peter Boockvar had to say on that this morning:

Only 13 bps now in the 2s/10s yield spread. What is the most striking aspect of this move is the extent of it in just two days and how the acceleration came out of nowhere right after a supposed amicable meeting between the US and China. It’s almost as if the bond market screamed out, “It’s too late, the growth slowdown underway can’t be reversed.

Tariffs are still with us and now we have to wait around another 3 months.” The price of copper said the same thing yesterday as it rallied early morning by $6 a pound and was back to unchanged by 4pm. With the drop in long end yields, the dollar is down sharply to a 2 week low and gold in turn is rallying to the best level since late July. Gold and silver remain compelling especially if the Fed is near the end of its rate hikes.

I want to say this about leveraged loans and floating rate paper. While LIBOR is at a 10 year high, if the Fed is nearing an end to its rate hike cycle, floating rate debt is going to lose its allure and if growth moderates too, the credit quality of junky paper will really be called into question. Call it a potential double whammy for junk rated leveraged loans. If one wants to remain in floating rate, make sure its investment grade.

We know the US housing market has slowed as it’s been seen in a variety of statistics for a while now. Toll Brothers, a higher end home builder, reported numbers today and they said this in their press release: “In November, we saw the market soften further, which we attribute to the cumulative impact of rising interest rates and the effect on buyer sentiment of well publicized reports of a housing slowdown…California has seen the biggest decline. Significant price appreciation over the past few years, fewer foreign buyers in certain communities, and the impact of rising interest rates all contributed to the slowdown.” I say add in the elimination of the SALT deduction too.

Overnight And Overseas – Markets appear to be having second thoughts on yesterday’s celebratory response to the trade truce. Tokyo got dinged sharply, closing down the equivalent of 600 Dow points. China’s markets saw very modest rallies. India closed down slightly.

In Europe, London, Paris and Frankfurt are all seeing modest pullbacks.

Among other assets, Bitcoin is under some mild pressure and is fighting to hold the $4000 level. Gold is a bit firmer, trading around $1245. Crude remains firmer with WTI trading around $54. The euro is a bit higher against the dollar and yields are a tick or two lower.

Consensus – The solemnity and pomp of tomorrow’s National Day of Mourning may help contain some of today’s potential volatility.

The call for details on any deal with China will continue to grow.

The President has indicated he will not tweet out details on the deal lest he detract from the attention that should be devoted to the mourning and procedures. So, I guess things go to back to normal on Thursday.

ALSO RELEASED: James Turk – The Start Of Something Big aIn Silver, Plus The Collapse In Gold Open Interest CLICK HERE TO READ. 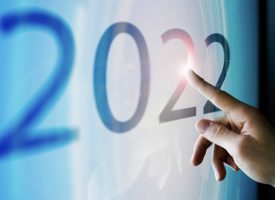